I got this off "Angry Staff Officer", Like I have stated in the past, you can blame my friend Mack for steering me onto this guy.  He likes to use Star Wars and other cultural icons like Harry Potter.  I thought it was a pretty good transferring the change of command ceremony from the Star Wars era and modern Army issues.     The Pics are Compliments of "Google"

Scene: Interior of a First Order Star Destroyer. A First Order Army officer takes a seat at a desk, apparently well pleased. There’s a knock at the door and another officer walks in.

Captain Arlis: Come on in XO, how are you today?

Lieutenant Fivret: Good morning, sir, I’m fitter than a Mandalorian helmet, thanks. Congratulations on taking command of the armor company of the 501st. As you know, this unit carries on the lineage of the 501st Imperial Legion, “Vader’s Fist,” so you’ve got command of the best unit in the entire First Order Army. 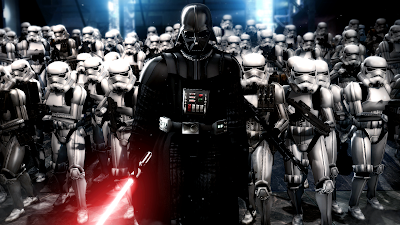 Captain Arlis: Thanks, LT. Really excited to take over this outfit and work with you. So what I really want to do is start implementing some of my ideas for training that I’ve been thinking about for a while now.

Lieutenant Fivret: Yes, sir, I understand that. But as a new commander, you’ve got about 150 appointment memos to sign, for everything from Droid Inspection Officer to Blaster Maintenance NCO. You’ve also got to get your policy memos out there. Battalion is really pushing to see your policy in reference to the consumption of alcoholic beverages, based on the last time one of our troopers was found operating under the influence of too many Bantha-blood Fizzes. Had to impound his speeder and resulted in a lot of paperwork. And then there was the fight that shut down the cantina…needless to say, you’ll need to sign the memo that places it off limits, as well as a policy memo dictating the need to respect Navy personnel and not call them “filthy Calamari.”

Captain Arlis: Oh, okay, yeah, sure, I can get on that. 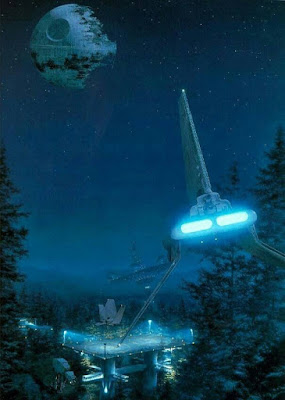 Lieutenant Fivret: Good, sir, because you also need to get your command hologram done. According to your First Order Officer Record Brief, you are entitled to an additional star on your Death Star II Campaign Medal from when you were enlisted and another First Order Commendation Medal, so we’ll get supply to get you hooked up with those. A protocol droid from the S-1 will be in later to take care of the hologram. 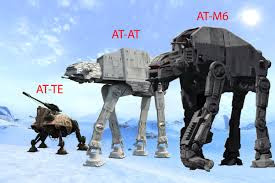 Lieutenant Fivret: But also, sir, we’ve got that New Equipment Training for the AT-M6 which we’re getting fielded in the next quarter. That’s a full replacement of the old AT-ATs, by the way. So you know what that means: new gunnery tables, new equipment for the maintenance section, reorganization of our table of organization & equipment. So that’s beginning tomorrow.

Captain Arlis: Wait, tomorrow? But I thought tomorrow was a field day where I could observe training?

Lieutenant Fivret: No sir, tomorrow the company begins the new equipment fielding and as part of that we have full components inventory. Which works out well, since you need to conduct your change of command inventories. And yes, you’ll have to inventory all of the AT-ATs prior to turn in and then the AT-M6s.

Captain Arlis: Got it, inventories until I’m more tired than a Hutt after a brisk walk. That should keep me busy for the foreseeable week or two.

Lieutenant Fivret: Well, it would, sir, but you’ve also got your command climate survey to do for the unit. Battalion wants to know what the feelings are down at the trooper level, so we’ll be hosting several droids down here that will be initiating feeling scans on our troopers right after first formation. Should be able to see the results of that by tomorrow afternoon in time for the safety briefing.

Captain Arlis: Safety briefing? What the hell is happening to this force? Back in my day we loaded up in our walkers and went out and broke things and killed people!

Lieutenant Fivret: Yes sir, but then Yavin 4 happened and then our armor failed at Endor, and so the First Order Center for Lessons Learned has us do mandatory safety stand-down once a week to examine our armor tactics. Lose a few death stars, as you know, not to mention all your key leaders, and it’s no wonder that the present leadership requires safety briefs. Well, that, and all the lost trooper-hours from twisted ankles when troopers dismount their walkers improperly.

Captain Arlis puts his head in his hands

Lieutenant Fivret: I understand, sir. You wanted to come in here and make change and conduct training, but really, the only thing the First Order needs you for is as someone to sign things and take the blame when things go more sideways than a Jawa crawler. It’s not you, it’s the system.

Captain Arlis: Thanks, LT. I really thought this would go differently.


Lieutenant Fivret: I know, sir. But that’s just the way of the Army. Now, here’s the counseling packets for all the troopers who failed height/weight and can no longer fit into their armor, as well as the discharge paperwork for a trooper who was found trying to have intercourse with a Bantha. If you can get all those signed before our Unit Training Plan meeting in half an hour, I’d appreciate it. Also, you’ll probably be wanting to do your initial counselings, but unfortunately the first sergeant will be unavailable today due to a custody battle over a droid. Oh, and Captain Phasma stopped by from battalion S-3 – she said she’s reviewed our training records and has some suggestions to make concerning indoctrination of new troopers to the First Order. Oh, and there’s a new First Order Policy Directive out forbidding the kind of swearing against higher that you’re doing right now, sir. Welcome to command, sir. 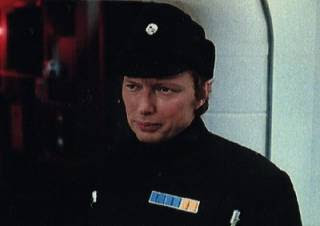