I figured I would do a post on a fighter that to my mind never really got it's accolades because she was overshadowed by her more powerful sibling the F6F Hellcat.  I always liked the simple lines of the Wildcat, and in the hands of a good pilot, she could hold her own against the newer fighters that the Japanese had and she went toe to toe with the most feared Japanese fighter, the legendary "Zero". 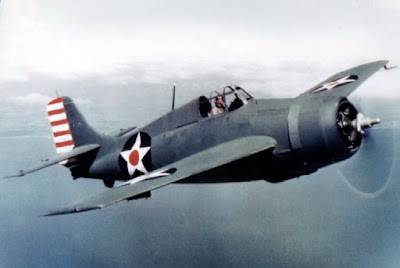 This is a prewar/early WWII version.  The "Red" meatball in our national insignia  was removed shortly after the war started.  There was fear of target misidentification in the haze of combat since the Japanese used the "meatball" on their national insignia.

Despite its slightly odd origins, the Grumman F4F Wildcat was one of the most valuable fighter planes in the US arsenal of WWII. 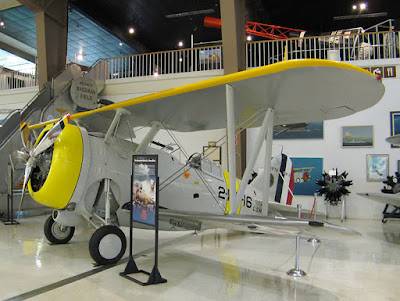 Go to the Museum of Naval Aviation in Pensacola, they will let you "touch" the airplane...The museum is well worth the visit.
The design for the Wildcat started out as a biplane, as they were still around for many years between the world wars. It was redesigned as a monoplane in 1936, but retained many of the features of its previous design, giving the Wildcat its distinctive, slightly squat look.
Another of the Wildcat’s visually distinctive features was its entirely riveted fuselage. It gave it an industrial look that was at odds with the canvas-covered planes of WWI. Welded or flattened rivets were beginning to be used to make the planes of the 1930s and 40s more aerodynamic. 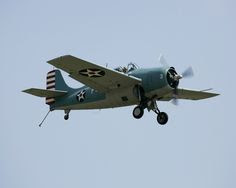 The Arrestor hook shown lowered was to snag the Arrestor cable that was strung across the deck of the carrier to show the plane down and stop it before it crashed into the other airplanes that were in front of the carrier
The Wildcat was designed and commissioned as a carrier-borne fighter. The relatively new and distinctive use of aircraft carriers was increasingly important, as the world’s most powerful militaries started to use air power for victory at sea. The limited space available for taking off and landing and storage of planes on ships created new design challenges. It meant a different sort of fighter was needed at sea.
Although the Wildcat would become a symbol of American air power, it was first purchased by the French, who placed an order in early 1939.
Later that year, the US Navy followed suit. In August 1939, they placed their first order for F4Fs with Grumman.


With the fall of France, the F4Fs destined to join the French Navy were diverted to Britain reaching Britain’s Fleet Air Arm in July 1940. 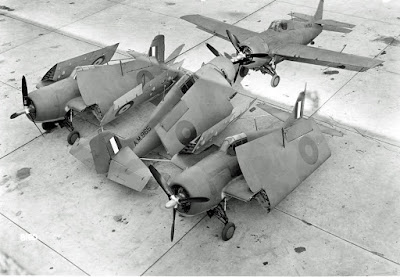 Like the Curtiss P-40, the F4F was given different nicknames by the British and Americans. Most people remember it by its more dynamic American name, the Wildcat. Initially known to the British as the Martlet, in January 1944, they too adopted the Wildcat name.
The F4F packed quite a punch due to its extensive arsenal. It carried six machine-guns in its wings and could also carry two bombs or six rockets. Its firepower made it popular with the crews flying it. 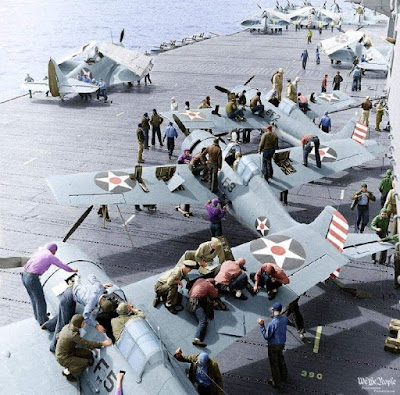 Less popular with pilots was the F4F’s handling. It was considered a tricky fighter to control both on the ground and in the air. For the pilot who could master it, the F4F was well worth the effort, as it was very maneuverable, a vital asset in the fast-moving action of dog fights.

The F4F had a maximum speed of 332 miles per hour. It was not one of the fastest planes of the war, but neither was it the slowest.
The F4F could fly to around 34,700 feet, climbing at 2,000 feet per minute toward its top altitude. 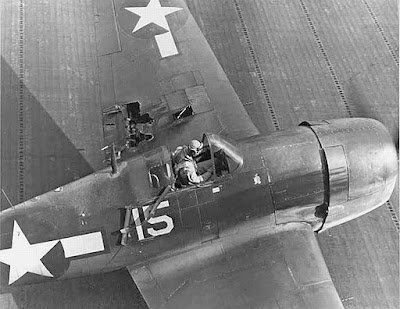 The F4F was a tough plane to bring down. It had a self-sealing fuel tank and armor plating that gave it greater endurance than many of its opponents.
The self-sealing tank was particularly crucial to the survival of a plane. Without it, a bullet through the fuel tank could turn it into a fireball or force a plane to crash due to lack of fuel. Self-sealing meant that it took a cannon shot to inflict such devastation.

The first Martlets in British service joined No.804 Squadron in the Orkney Islands, north of Scotland. They were used to control routes from the North Sea to the Atlantic. In December 1940, two Martlets shot down a German plane, making them the first American-built, British-piloted aircraft to do so in WWII 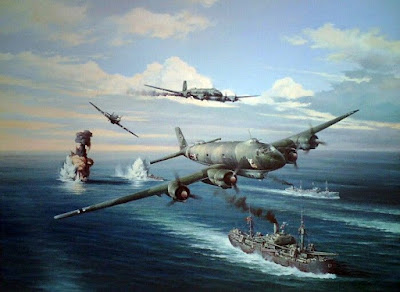 The first F4Fs to go to sea in wartime were Martlets of No.802 Squadron. Operating from on board HMS Audacity on September 20, 1941, they shot down a German Focke-Wolf 200 which was following their convoy.

The F4F was involved in the extensive action in and around the Mediterranean. The Royal Naval Fighter Unit deployed Martlets over the Western Desert in Africa, where they fought Italian planes in the fall of 1941. They tangled with the Italians again in August the following year while escorting supply ships around Malta.
Further south, Martlets fought against Vichy French planes over Madagascar in May 1942.

By the time America joined the war in December 1941, the F4F was the most common plane on American aircraft carriers. It was also popular among US Marine Corps units based on land. Until the arrival of the Hellcat in 1943, it was the US Navy’s only carrier-borne fighter. It played a critical role in many of the Navy’s most important actions. 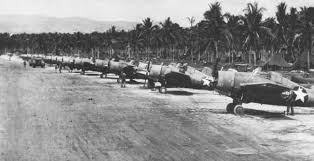 One of the most important land bases that Wildcats operated from was Henderson Field on Guadalcanal. The site of the first offensive operations of America’s Pacific war, it was where many Wildcat successes occurred. One eight-plane flight achieved 72 aerial victories in the space of only 16 weeks. 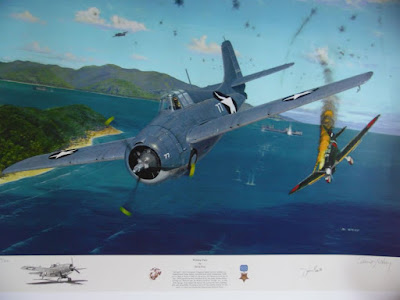 The leader of the group, Captain Joe Foss, was one of the most successful pilots ever to get behind the controls of a Wildcat. During the fighting at Guadalcanal, he destroyed 26 Japanese planes, five of them in one day. For his remarkable achievements, he was awarded the Congressional Medal of Honor.

Despite its many successes, the Wildcat struggled against Japanese Zeros. The US Navy phased it out in favor of the F6F Hellcat in 1943. 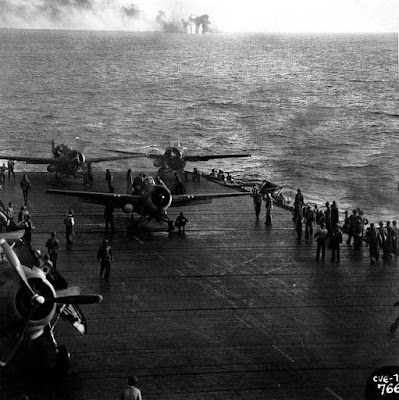 Wildcats of Taffy 3 taking off to strafe the Japanese fleet attacking it, the Japanese fleet included the IJN Yamato, the largest battleship ever built.  According to reports, the Japanese were stunned by the resistance and the Americans throwing themselves at the enemy with such abandon, the fighting spirit of the Americans forced the Japanese to withdraw thereby saving General McAuthur's beachhead in Leyte Gulf
The last Wildcat victory of the war took place over Norway in March 1945. Wildcats of the British No.822 Squadron shot down four German Messerschmitt Bf109s 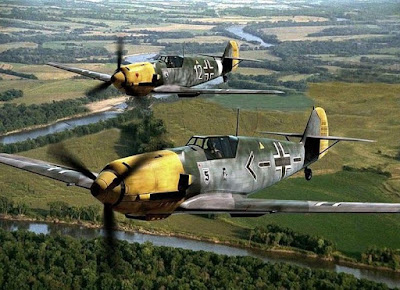