This post will be kinda short, I am feeling under the weather a bit and my motivation is lacking, kinda like the Puerto Rican politicians...Oh wait did I just say that....well anyway..

There is a bit of a kerfluffle going on right now, apparently President Trump called the widow of a serviceman that was killed and apparently she had the local cuukoo for coo coo puffs congresscritter listen on another line whom immediately went for political points on Trump...Really?  Apparently she is known for being strange.  I surmise because they have been trying to score points on Trump about Puerto Rico and "dissing" brown people  and that area of Florida is heavily "brown".  They are pushing the "white supremacist " angle on him again. 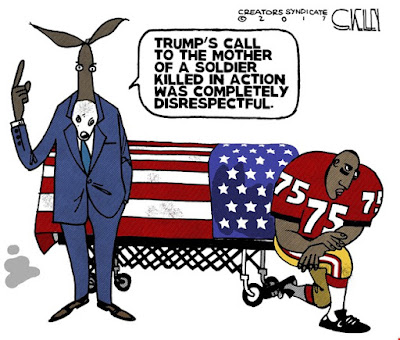 And speaking of political points, apparently the local Puerto Rican politicians in the finest tradition of the 3rd world are taking the food aid and other things and either keeping it for themselves or are passing it only to their political supporters.  Between the politicians blaming Trump and rewarding their followers...wait that sounds like California and Chicago.  Oh well gutter culture is as gutter culture does.

And it has come out this week that the Clintons sold a chunk of our Uranium to Russia and Bill got a huge speaking fees payout and the Clinton Crime syndicate foundation got a huge payout and finally people are making noise about the Russia angle with the Clinton's. 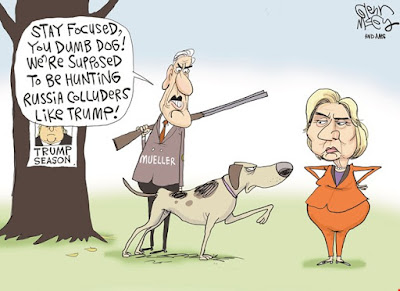 And apparently there have been calls from the WSJ and"The Hill" that Robert Mueller witch hunt is going farther and farther afield looking for "Russian interference in our election"  there is a great fear that now that if there is no crime found, they will "find" one to justify the Witch Hunt and this is bad when you use the judicial system to go after your political opponents.  This is the stuff of 3rd world banana republics, this is where the rule of the mob replaces the rule of law. 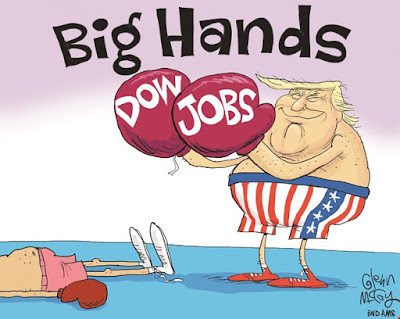 On a different note, and people are not really talking about it, the Economy seems to be doing much better we have had 3% growth and that hasn't happened in 16 years or something like that and the Establishment GOP is waffling on the Tax cuts that Trump wants to further expand our economy and bring back to the United States all the money that the companies have stashed offshore to avoid the punishing tax rates the United States has against American businesses.  I keep hearing that  it rewards "The Rich", well Duh...The Rich have the money and capital.  The poor don't have that.  The Tax cuts also will benefit the middle class that have been getting hammered on taxes and because they are the middle class they don't get the subsidies to their Obamacare premiums and they don't get subsidies from the tax system because they are not "unfortunate" and get subsidized by the system.
Perhaps I am sounding hateful but it does gall me to see people making poor decisions and getting rewarded for it.  When does stupid going to hurt?
Posted by MrGarabaldi at 7:39 PM