I had done a post on the Wildcat and earlier I have completed several post about the Invasion of Japan and the resulting fanaticism of the Japanese, their total resistance and willingness to die for the Emperor.  I honestly believed that this fanaticism was part of the reason for the dropping of the Atom bomb.  When allied planners predicted 1,000,000 allied casualties for the invasion of Japan and the eradication of the Japanese culture to get them to quit.

“Transcend life and death. Eliminate all thoughts about your life and your death. Only then you will disregard your earthly life totally. You will be empowered to focus your attention on eradicating your enemy with unwavering determination. In the meantime, reinforce your excellence in flight skills.”
Text from the manual of the Kamikaze pilots, located in their cockpits. 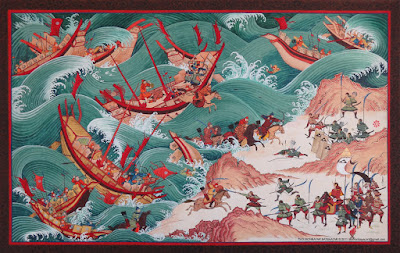 The Mongols invaded Japan in 1281. The powerful warlord Kublai Khan led the attack. Just when the Mongols were on the verge of defeating the Japanese, a destructive typhoon swept through the land. This typhoon, named Kamikaze (Divine Wind) by the Japanese, eliminated the whole Mongol army. 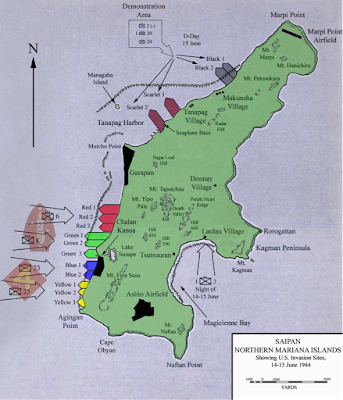 After the fall of Saipan (July 1944), the Japanese restored the memory of Kamikaze by ascribing it to the suicide attack missions of their air force. The commander of Japan’s First Air Fleet in the Philippine Islands, Vice Admiral Takashiro Ohnishi, had pointed out that the best way to inflict maximum damage on the warships of the Allies was to deliberately crash aircraft into them.


He also pointed out that one plane crash targeting a ship could cause more destruction than 10 planes firing relentlessly at it. Based on this combat observation, it was decided that pilots would deliberately crash their planes into the warships of the Allies.


In the Battle of Leyte Gulf, Philippines, the Kamikaze Special Attack Force began the first of its suicide missions. On October 25th, 1944, 5 Zero airplanes were escorted to the target by the top Japanese pilot Hiroyoshi Nishizawa. USS St. Lo, an escort carrier, was the first important warship that was sunk by a Kamikaze attack.
The Kamikaze strike resulted in massive fires that led to an explosion in the ship’s bomb magazine. The carrier sunk within an hour. Kamikaze pilots scored several direct hits that day. They caused severe damage to other warships of the Allies as well. Ensign Kiyoshi Ogawa, who flew his aircraft into the USS Bunker Hill


The average Kamikaze pilot was a university student. Loyalty to the Japanese Emperor, family, and nation were his key motivations. He was in his early 20s and pursuing science. He prepared for his worthy destiny by writing farewell poems and letters to his loved ones, receiving a 1000-stitch sash, and taking part in a final ceremony. 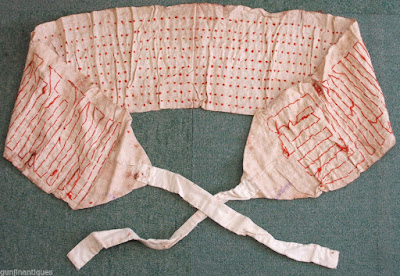 The 1000-stitch sash was a garment in which thousand different women put in one symbolic stitch each. The final ceremony included a drink of spiritual concoction that’d ensure success in the mission. Then, he’d wedge himself between 500-pound bombs.

The Kamikaze artists were told that they’d be fighting for God, their Emperor. And their supreme act would bring deliverance to Imperial Japan as it’d done in the 13th century.
Calls for Kamikaze pilots received a great response. For every available Japanese plane, there were three applicants. Experienced pilots were refused the chance to become Kamikaze pilots because they were needed to train the raw volunteers. 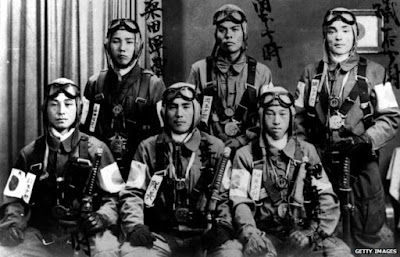 Like other regular military personnel, the Kamikaze pilots were also indoctrinated with the following oath: 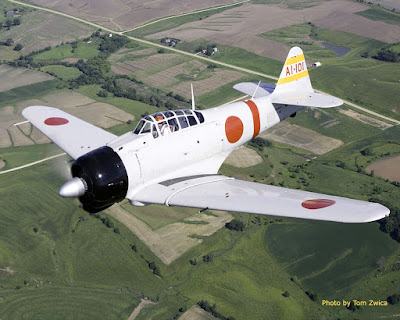 The Mitsubishi A6M2, nicknamed the Zero, was the Kamikaze pilot’s premium machine. Its range was a decent 1,930 miles. The Zero could hit a maximum speed of 332 mph. This flying coffin was almost 30 feet long, and its wingspan was about 39 feet. The Japanese modified this aircraft to accommodate one 500-pound bomb.
The Zero had been the main strike plane during the Pearl Harbor attack. But other sophisticated planes forced the Zero to this humble role. And you can take many Pearl Harbor tours that show the destruct the Kamikaze attacks can truly cause. 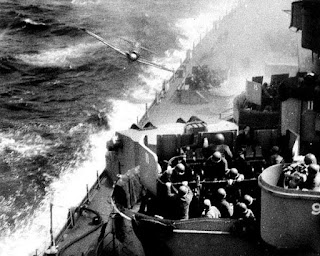 April 6, 1945, is perhaps, the biggest day in terms of Kamikaze attacks in WWII. Over 350 Kamikaze aircraft made a desperate dive at the Allied fleet in the crucial Battle for Okinawa. This simultaneous Kamikaze wave drove several Allied sailors almost insane.
Twenty Kamikaze aircraft made a simultaneous lunge toward USS Laffey. Her gunners took out nine within seconds, but six rammed into her. Fortunately, the USS Laffey had a world-class Commanding Officer. The ship came back to fight in the Korean War.

USS Laffey Kamakaze attacks featured on The History
channel "Dogfights"
The USS Laffey is in Charleston South Carolina
at Patriots Point as a Museum ship
Although Kamikaze attacks dominated the final Japanese defense of Okinawa, the Allies gained victory at a heavy price. The Allies lost almost 13,000 personnel but killed 110,000 Japanese in this operation. Imperial Japan had set aside several thousand Kamikaze planes in the event of an attack on the Japanese mainland.
Little Boy (Hiroshima) and Big Man (Nagasaki) ensured that this wouldn’t be necessary. Kamikaze pilot trainees are alive even today 70 years after the war to tell the tale.
Posted by MrGarabaldi at 3:47 AM