Today was my sons day off from School because the teachers had "professional Development", Instead of my son's desire to sleep all day and veg on sports channel, I volunteered him to help out with the Order of the Arrow lodge project for the council's camping base.
We are making a huge Chess/Checkers set for the camp, so the scouts can play chess during summer camp and the cub scouts can play checkers. 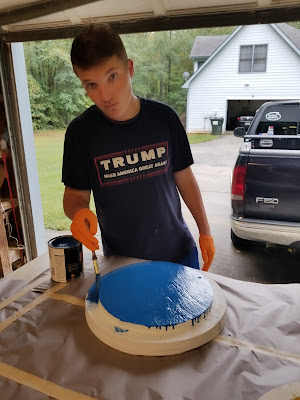 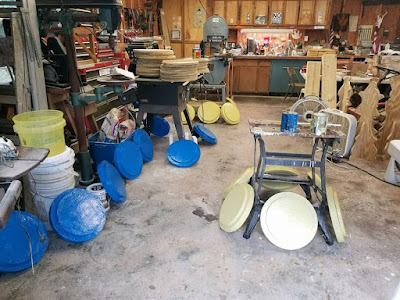 Because he was so good and took my  drafting volunteering him in stride with minimal grumbling, I took him to the range. 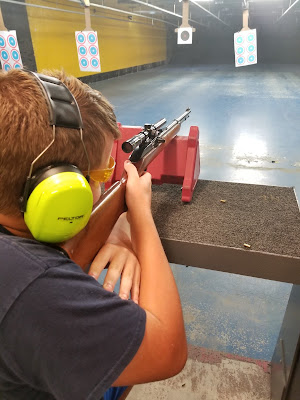 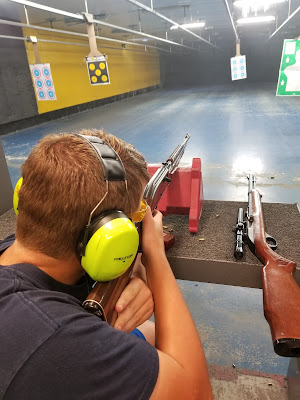 My son shooting my Nylon 66, He really likes my Nylon and keeps wanting me to give him the rifle. 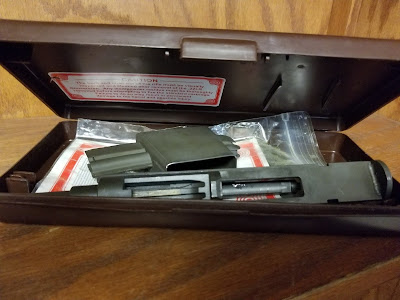 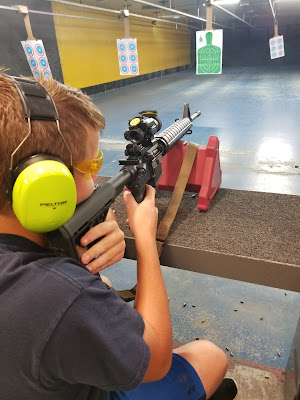 He put a lot of ammo through my "new" AR rifle 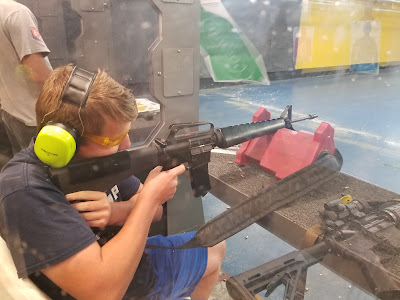 I then got my "old" AR out and he fired about 50 rounds of 5.56 through my old AR,
He really enjoyed doing that, and made some comment that I need to send him the pic so he can put it on instagram and add a comment "getting ready for Vegas".  He has my warped sense of humor but I informed him that right now people don't have a sense of humor and he would open a huge can of worms if he post that pic and the subsequent comment.  He reluctantly agreed with my assessment.
I am proud of my son, he knows how to shoot and how to act on a range by following the 3 "Always" rules and all other safe behavior that a responsible gun owner, but I told him that I have been remiss in his education and he asked me on what and I informed him that I need to teach him to clean and care for AR pattern rifles.

Email ThisBlogThis!Share to TwitterShare to FacebookShare to Pinterest
Labels: Boy Scouts of America, good time, Order of the Arrow., Range