Monday Music "50 ways to leave your lover" by Paul Simon

This edition of Monday Music is on Tuesday, this is by Design, Doing a video on Memorial Day unless it pertains to the Service is tacky.

On a different note;  I will be using a new browser this week, I will give Chrome a run, Apparently I am having problems with my "Pale Moon" which is a derivative of "Firefox", uses the same coding.  Well I have been leaving comments on peoples sites and I go look later and they are not there.  I wonder if there is a conflict or a "incompatibility " issue with the software "handshaking" with other systems.
I remembered this song coming out while I was living in Germany, I heard this song come on AFN(Armed Forces Network) out of Frankfurt, they had the music coming in from the Wolfman Jack show, I have stated many times that back then I thought "Wolfman Jack" was an AFN DJ, until I came to the states in late 1977 I found out differently.  HeckI was 11 years old in 1976.  I heard this song on the "70" channel on my Sirius/XM when I changed off my standard "80's on 8" when UB40 came on,   I know....I don't care for them at all.  Personal preference mind you.

"50 Ways to Leave Your Lover" is a song by the American singer-songwriter Paul Simon. It was the second single from his fourth studio album, Still Crazy After All These Years (1975), released on Columbia Records. Backing vocals on the single were performed by Patti Austin, Valerie Simpson, and Phoebe Snow. The song features a recognizable repeated drum riff performed by drummer Steve Gadd. 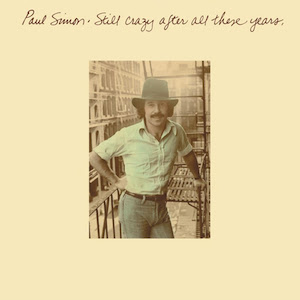 One of his most popular singles, "50 Ways" was released in December 1975 and began to see chart success within the new year. It became Simon's sole number-one hit on the Billboard Hot 100 in the United States, and was his highest position in France, where it peaked at number two. Elsewhere, the song was a top 20 hit in Canada and New Zealand. The single was certified gold by the Recording Industry Association of America (RIAA), denoting sales of over one million copies.
Written after Simon's divorce from first wife Peggy Harper, the song is a mistress's humorous advice to a husband on ways to end a relationship. The song was recorded in a small New York City studio on Broadway.

TV Special in 1975,   Video's of the Stars performing before the age of MTV is spotty at best.

"50 Ways to Leave Your Lover" was Paul Simon's biggest solo hit and broke in the US in late 1975. It hit number one on the US Billboard Hot 100 on February 7, 1976 (his only number one on that chart as a solo act), soaring from number ten the previous week, and remained there for three weeks; it topped the adult contemporary chart for two weeks. Overseas, on the UK Singles Chart, the song reached number 23 in January 1976. It was certified gold on March 11, 1976, and remained a best seller for nearly five months. Billboard ranked it as the No. 8 song of 1976.
Posted by MrGarabaldi at 5:00 AM