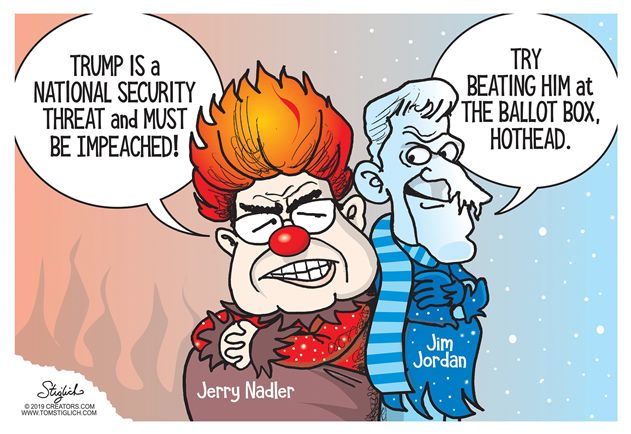 Well the hate filled democrats have done it, they will vote impeachment articles on President Trump today.  They have been throwing a 3 year temper tantrum over Trump winning and blocking the coronation process of Felonia Von Pantsuit, the designated successor of the anointed one.  How dare Trump and those deplorables block history in the making and besides we are college educated and live in the cities, so we know what is best for all those backward hicks so we will throw a tantrum, and hold our breath until he leaves. 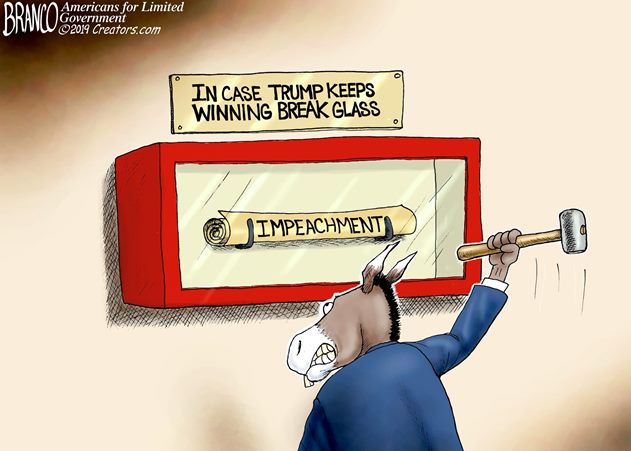 Well the 2020 elections are coming up and the field of democrats that are running against Trump are looking pretty weak, so after the Mueller Report laid a big fat zero, the subsequent hearings went nowhere, so the democrats have one chance left to try to beat trump from winning in 2020... 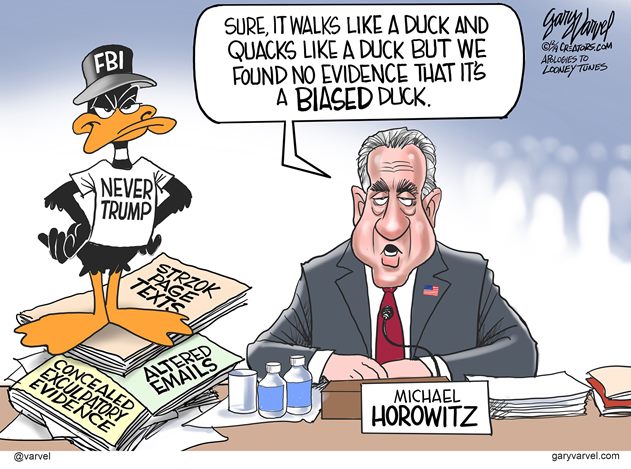 The Horowitz report pretty much excused the FBI despite the biased shown by the upper levels against Trump.  My Dad is friends of several rank and file FBI agents and they are disgusted by what they have seen, the FBI was supposed to be apolitical, but they have been weaponized by the prior administration to go after people perceived as a threat to the democrats and the deep state. 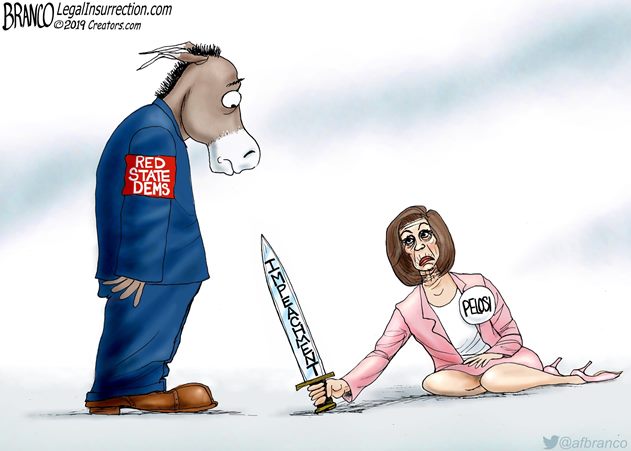 And speaking of impeachment, the democrats that won in red districts, who vowed in their campaign to "be different and listen to their constituents" are being pressured to support the party line and those democrats know it will most likely cost them their reelection in 2020 because their districts are red districts and oppose impeachment. 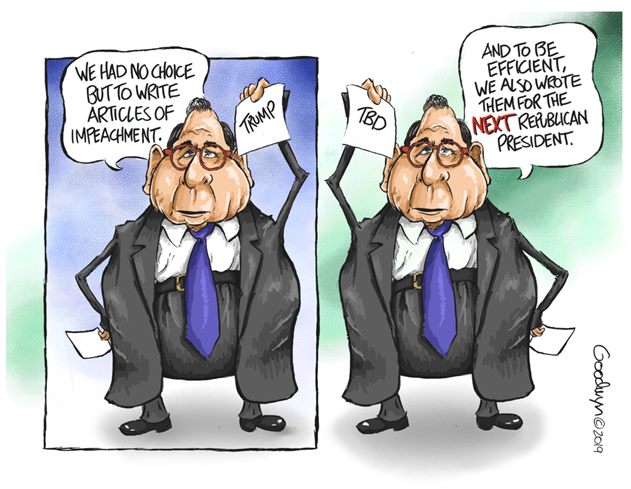 They don't know what they are doing to the social fabric of this country.  In the past, if your side lost, well you sucked it up and dealt with it and ran a better candidate next time.  When Obungler was president I didn't like it, but I was an adult about it and accepted it and hope for better results next time knowing in 4 or 8 years, that person will be gone.  That is how it works here.  We don't have 20 or 30 year reigns of strongmen and one political party like a lot of countries.  The Founding fathers knew what they were doing when they designed the system we have. Impeachment is a very powerful tool, to be welded reluctantly, I remember the Clinton impeachment, What Bubba did was far worse than what Trump was accused of doing.  Clinton committed perjury, and was caught and because he was president he was brought to trial in congress.  he was acquitted and remained very popular, and the GOP got burned by the process.  At a side note, he did lose his law license.   What Trump is accused of doing is "abuse of Power" strictly by a "he said/she said" or 2nd hand knowledge and Schiff had only democrats working on his panel to find information to try to impeach Trump.
This process is purely a political witch hunt to try to block Trump from winning in 2020 and as a side note if RBG kicks the bucket, it will be used against him to prevent him from appointing a successor, and the next president in 2024 if he is of a different party than congress will be impeached, no matter what it is, because the democrats used "impeachment" as a political tool.  If the President in 2024 is a democrat, he will be impeached if the house is GOP because it will be payback and that is not good.  The peaceful exchange of power has been a hallmark of our political system and it keeps us from going to war with each other.  the last time the Democrats went totally off the rails was in 1860 when they refused to accept the election of Abraham Lincoln, and it created the 4 years of "sportiness" called the Civil War.  The democrats have forgotten history and if history is an indicator, "we will live in interesting times" and I don't want that because it will be far worse.
Posted by MrGarabaldi at 10:03 AM