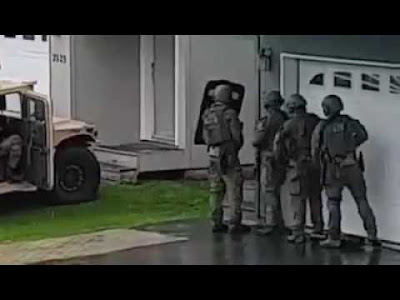 And you get a song ready for the main event... 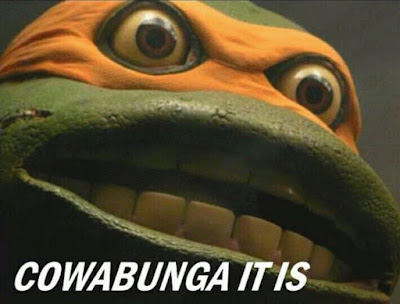 I have loaded several weeks of songs into my scheduler thingie.  This has been a fun theme to run.


"(Don't Fear) The Reaper" is a song by American rock band Blue Öyster Cult from the band's 1976 album Agents of Fortune. The song, written and sung by lead guitarist Donald "Buck Dharma" Roeser, deals with eternal love and the inevitability of death. Dharma wrote the song while picturing an early death for himself.
Released as an edited single (omitting the slow building interlude in the original), the song was Blue Öyster Cult's highest chart success, reaching #7 in Cash Box and #12 on the Billboard Hot 100 in late 1976. Critical reception was mainly positive, and in 2004, "(Don't Fear) The Reaper" was listed at number 405 on Rolling Stone's list of the top 500 songs of all time.


"(Don't Fear) The Reaper" was written and sung by lead guitarist Buck Dharma and produced by David Lucas, Murray Krugman, and Sandy Pearlman. The song's distinctive guitar riff is built on the "i-VII-VI" chord progression, in an A minor scale.The riff was recorded with Krugman's Gibson ES-175 guitar, which was run through a Music Man 410 combo amplifier, and Dharma's vocals were captured with a Telefunken U47 tube microphone. The guitar solo and guitar rhythm sections were recorded in one take, while a four-track tape machine amplified them on the recording. Sound engineer Shelly Yakus remembers piecing together the separate vocals, guitar and rhythm section into a master track, with the overdubbing occurring in that order.
Mojo described its creation: "'Guys, this is it!’ engineer Shelly Yakus announced at the end of the first take. ‘The legendary once-in-a-lifetime groove!’ ... What evolved in the studio was the extended solo section; it took them nearly as long to edit the five-minute track down to manageable length as it did to record it."
The song features prominent use of the cowbell percussion instrument, overdubbed on the original recording. Bassist Joe Bouchard remembered the producer requesting his brother, drummer Albert Bouchard, play the cowbell: "Albert thought he was crazy. But he put all this tape around a cowbell and played it. It really pulled the track together." However, producer David Lucas says that he played it, a claim supported by bandmember Eric Bloom.

In 1976 Rolling Stone named "(Don't Fear) The Reaper" the song of the year and, in 2004, the magazine placed the song at number 397 on its list of "The 500 Greatest Songs of All Time";however, the 2010 version of the list moved it down to number 405. In 1997 Mojo listed the song as the 80th best single of all time, while Q ranked "(Don't Fear) The Reaper" number 404 in its 2003 countdown of the "1001 Best Songs Ever."
When The Guardian released its unranked list of the "1000 Songs Everyone Must Hear" in 2009, the song was included. The publication wrote that the song's charm "lies in the disjuncture between its gothic storyline and the sprightly, Byrdsian guitar line that carries it." In his book The Heart of Rock and Soul: The 1001 Greatest Singles Ever Made, rock critic Dave Marsh ranked the song at number 997.

"More Cowbells"
The song was memorialized in the April 2000 Saturday Night Live comedy sketch "More Cowbells". The six-minute sketch presents a fictionalized version of the recording of "(Don't Fear) The Reaper" on an episode of VH1's Behind the Music. Will Ferrell wrote the sketch and played Gene Frenkle, an overweight cowbell player. "Legendary" producer Bruce Dickinson, played by Christopher Walken, asked Frenkle to "really explore the studio space" and up the ante on his cowbell playing. The rest of the band are visibly annoyed by Frenkle, but Dickinson tells everyone, "I got a fever, and the only prescription is more cowbell!" Buck Dharma said that the sketch was fantastic and he never gets tired of it but also lamented that it made the song lose its 'creepy' vibe for some time.
A segment of the song was performed by Red Hot Chili Peppers on May 22, 2014,  as the conclusion of a drumming contest between the band's drummer Chad Smith and actor Will Ferrell. In a repeat of the 2000 SNL sketch, Ferrell again played cowbell for the rendition, which appeared on an episode of The Tonight Show Starring Jimmy Fallon.