Monday Music "You Should Be Dancing" By the BeeGee's

Blogging has been Sporadic because I have been more housebound doing house remodeling stuff.
, I had enough time to read my blogroll in the morning as I drank my coffee, before I started working on the house.  I am still on Furlough for another month, It is strange being home, I am not sure if I like it.  If this is what retirement is like, I may work until I die...Only time will tell.
I have been enjoying the run of songs, I never had a theme last this long, and I am  really enjoying it in a weird sort of way,   I have several more weeks in mind, perhaps longer.  As long as I can flog er work the muse, I will, and for some reason Disco really plays well with this theme of songs for some reason.
I am continuing my string of "bugaloo" songs.  This discussion was started in the "Monster Hunter Nation, Hunters Unite", back in December? it is a Facebook group with enthusiast of the ILOH "International Lord of Hate" A.K.A Larry Correia.  We were talking about what song would we use if we looked out of our window or glanced at our security camera and saw this.....

"You Should Be Dancing" is a song by the Bee Gees, from the album Children of the World, released in 1976. It hit No. 1 for one week on the American Billboard Hot 100, No. 1 for seven weeks on the US Hot Dance Club Play chart, and in September the same year, reached No. 5 on the UK Singles Chart. The song also peaked at No. 4 on the Billboard Soul chart. It was this song that first launched the Bee Gees into disco. It was also the only track from the group to top the dance chart.
It is also one of six songs performed by the Bee Gees included in the Saturday Night Fever movie soundtrack which came out a year later. 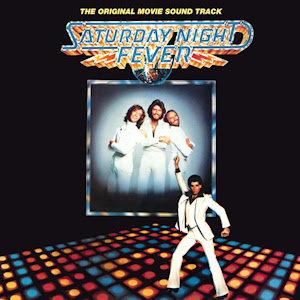 "You Should Be Dancing" was recorded 19 January, 1 and 8 February, and 6 May 1976 with Barry Gibb providing lead vocals in falsetto. Barry had developed his falsetto to an incredible degree in the ten months since the release of "Baby As You Turn Away" from the Main Course album on which he sang a full song in falsetto for the first time (except for its chorus). Keyboardist Blue Weaver recalls that Maurice Gibb wrote the bass line and sang the horn parts to the brass players, while Barry sang parts for Weaver to play, while guitarist Alan Kendall got in a short guitar solo for its instrumental break.

Stephen Stills was also at Criteria Studios recording the album, Long May You Run, with his band and Neil Young. Stills added percussion on the song's February sessions. Members of Stills's backing band, George Perry (bass) and Joe Lala (percussion), also worked with the Bee Gees on some songs.
Posted by MrGarabaldi at 5:00 AM