One of my projects

I have been doing improvements to the house while I was on furlough, We have a pocket door on our ground floor bathroom and I was never happy with it. The hacks that installed it were very sloppy with the installation and for 22 years I just looked past it, until one day I finally decided to fix it.  Here are the before and after shots. 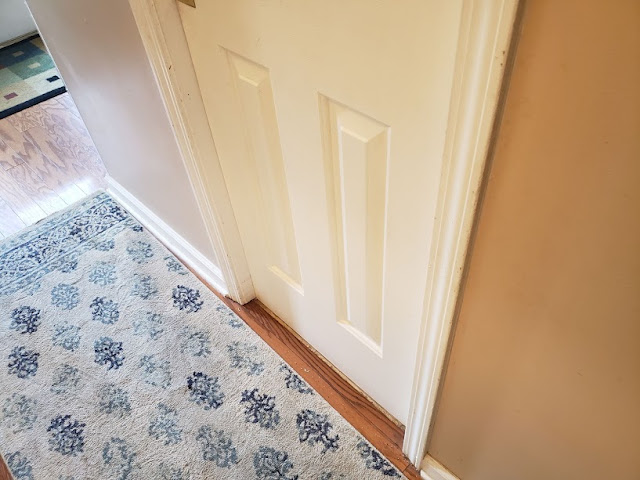 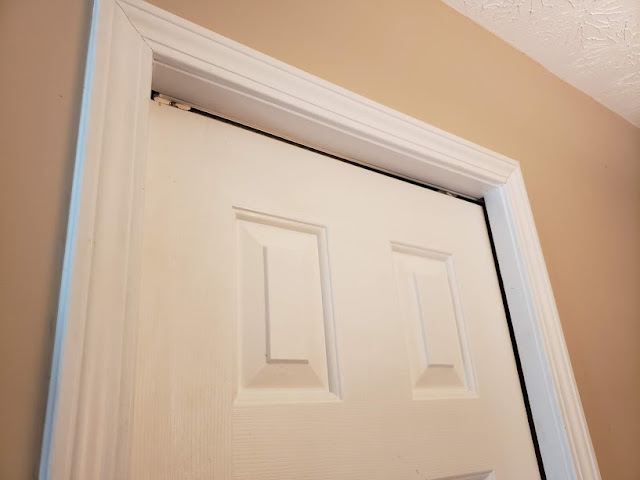 See the Gaps around the door and the Frame? 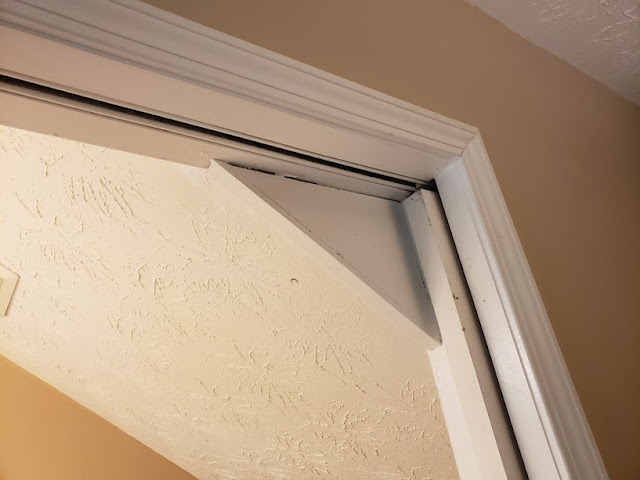 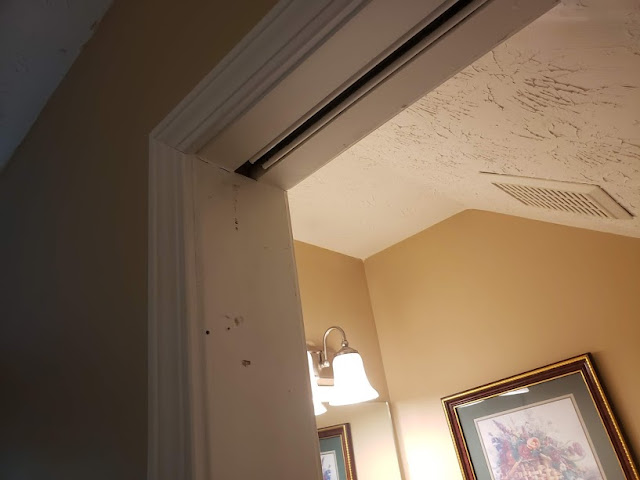 See how battered the door casing looked?
So I proceeded to pull out the... 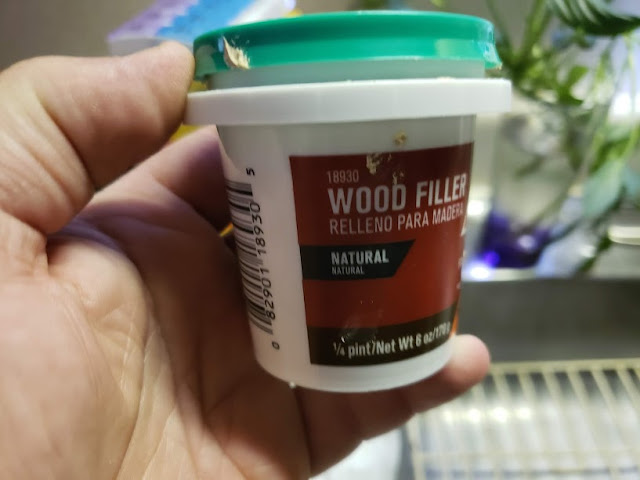 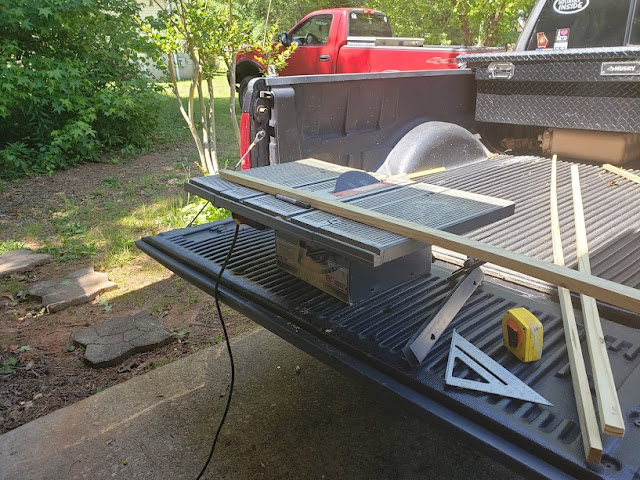 I proceeded to use my tablesaw to measure out and cut new pieces of trim then start to fit them. 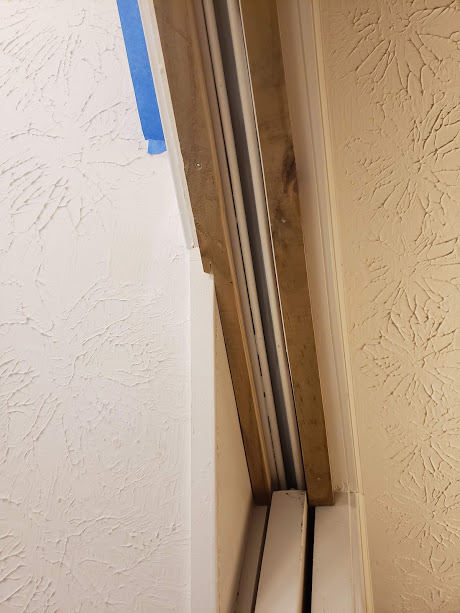 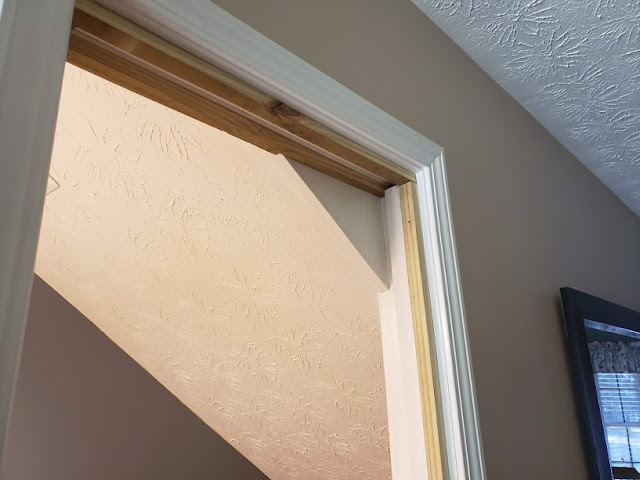 I continued laying trim. As you can tell, the bathroom wall has been painted, that is another blogpost;) 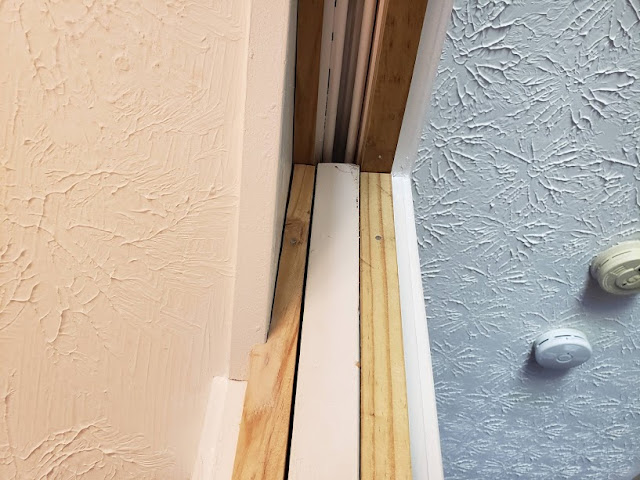 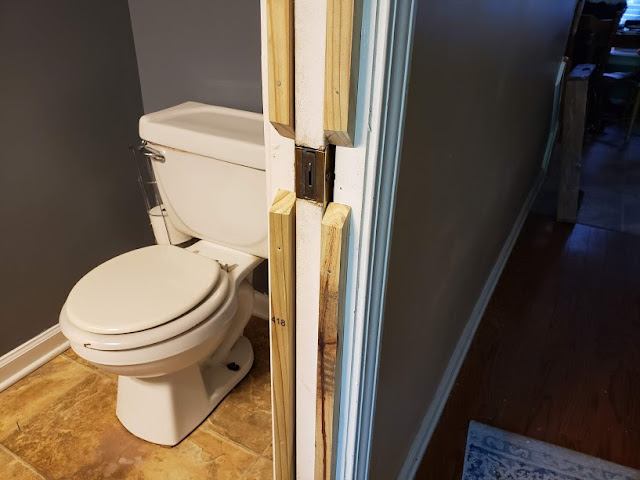 The Trim installed.  I let it dry for a week before I sealed it then primed it and painted it, 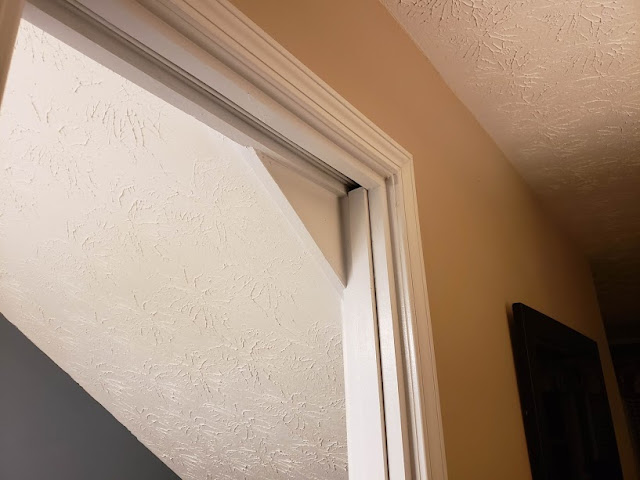 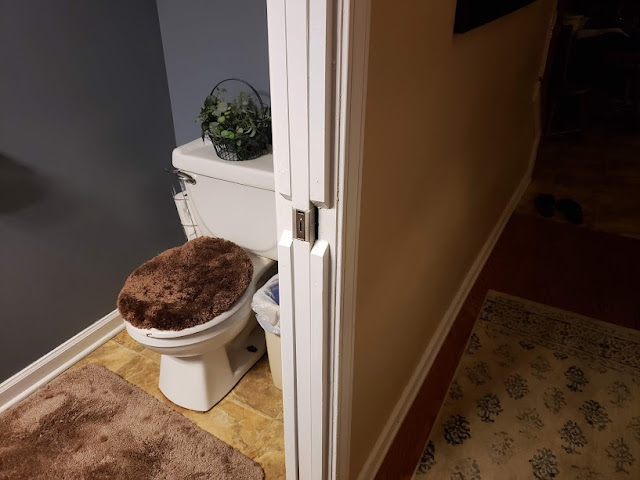 Sealed and painted, I also had replaced the latch assembly with a new brushed aluminum latch after repairing the door from where the hacks had mis screwed and mis drilled the original latch 22+ years ago.  I also replaced the striker plate on the casing 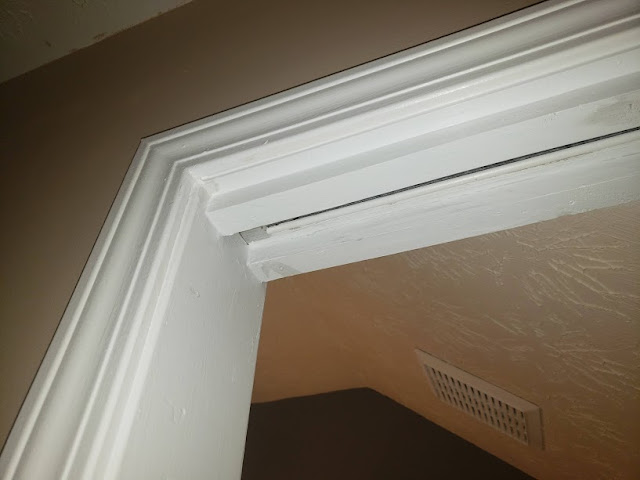 The Casing has been repaired and painted and the door tracks much better.
Posted by MrGarabaldi at 5:00 AM