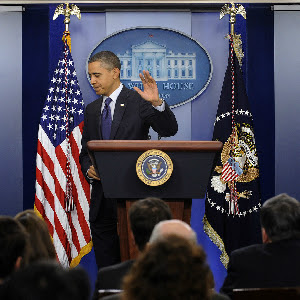 UPI
President Barack Obama walked around the Senate with a recess appointment while they were in session.
By using recess appointment powers to name the head for the Consumer Financial Protection Bureau, the Administration of Barack Obama has tossed aside a long-standing precedent that Obama and other Democrats used against President George W. Bush.
Obama appointed former Ohio Attorney General Richard Cordray even though the Senate, which has the power to confirm nominees, says it is still in session. The White House, however, contends that Senate Republicans worked so hard to stall Corday’s appointment that Obama had no choice but to bypass them, according to The Washington Times.
“Although the Senate is not in recess, President Obama, in an unprecedented move, has arrogantly circumvented the American people,” said Senate Minority Leader Mitch McConnell.
When the Senate is not in session, the Constitution gives the President power to make appointments without confirmation. Traditionally, it was understood that the Senate would have to be adjourned for longer than 10 days, and a legal opinion during the Administration of President Bill Clinton said a recess must be at least three days. Obama acted just one day after the Senate held a session.
Obama and fellow Democrats cited the three-day rule in 2007 and 2008 when they used the strategy to prevent Bush from making his own recess appointments. Back then, Democratic Senate Majority Leader Harry Reid had the Senate convene twice a week in pro forma sessions to keep Bush’s hands tied. 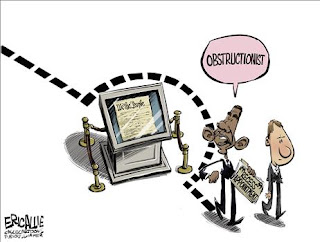