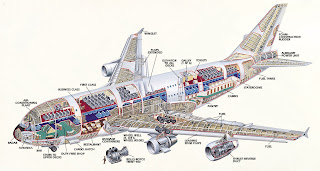 Airbus said it is developing a repair process for a series of cracked wing brackets on its A380 jumbo jet that appeared during inspections in late December, Reuters reported.
Airbus said the cracks stem from a combination of manufacturing processes and materials used on the world’s biggest airliner, the story said.
The European aircraft manufacturer said short-term repairs will take five days for each plane and require removing the affected wing bracket area and putting in a new piece, said Tom Williams, Airbus head of programs. A longer term solution will include new materials and a different way of assembly, he said. The findings suggest all A380s built so far will eventually need inspections and fixes, he said.
“The A380 is safe to fly,” Williams told reporters at a briefing in Dublin. “We’ve taken short-term steps to address the issue, and we are working on a longer-term solution.”
Singapore Airlines, which was the first airline to fly the A380 in October 2007, said one of its A380s with wing cracks has undergone repairs and is back in service. The carrier will go ahead with repairs on the remaining aircraft before they are returned to service, it said in a statement.
Posted by MrGarabaldi at 10:53 PM