2nd Amendment and the motives of the left.

I saw this on another blog, and I snagged it, but for the life of me I cannot find the site again to give them the "props".    I have stated this many times, Gun control isn't about guns...it is about control, we the "unwashed masses" need our betters in DC on the Potomic to guide us.  I always knew that the driving force behind gun control is "people control, " same as with Obunglercare.  Once we don't have the means of resistance, we cease to be free and become serfs on the land that formerly was the single most free place  on the planet, but the population as a whole has forgotten what they were, bought the whole "hope and change" stuff and signed away their birthright.    The writings is from this person, the pics are from me. 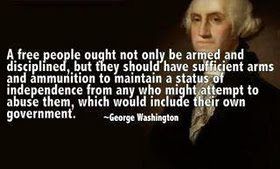 In ancient Feudal societies all around the world, notably China and Japan and many parts of Europe and the Middle-East, peasants and plebeians were prohibited from owning weapons. When the ruling aristocrats and feudal land-owners required a military force, their trusted retainers would issue arms to conscripted peasant-levies, and send them into battle as vanguards of the main force. After battle finished and the troops had looted the field, the retainers would retrieve these weapons and send the serfs back to work. Why were the commoners prohibited from possession of weapons?
Simple.
To prevent uprisings.
Remember that in these points in history, society was rigidly stratified, and the only individuals who could possess arms were men who had proven their loyalty to their rulers. These men were regarded as dignified individuals, men of honour and upstanding moral virtue, while commoners were regarded as little more than productive units in the inventories of their lords and masters. Just look at the culture of respect for the Knights and Samurai of old. 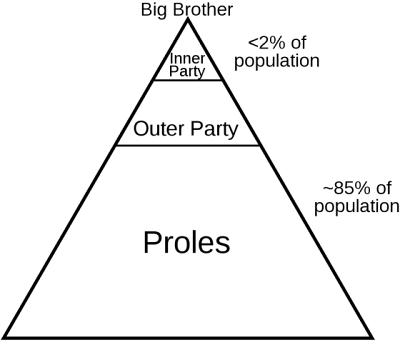 Control of the disarmed populace in turn went on to reflect and perpetuate such social stratification. Without the means to change their government by force, these societies were ruled by the strongest and wealthiest men with armies composed of a loyal minority to defend them.
Force is, and always has been, the highest, most fundamental form of authority. All other authorities have been, and always will be, derived from the means to exert and resist force.
In the late 1700s, the colonists of America knew this lesson from history all too well. During the Revolutionary War, the Founding Fathers fought against a tyrannical and oppressive government which sought to restrict the means to exert and resist force, and sought to take the majority of wealth away from the colonial population. The Second Amendment to the American Constitution was written to ensure that common citizens would always have recourse to the highest form of authority so that in the inevitable event of the ruling body no longer looking out for the interests of the common people at heart, they would be able to resort to force-of-arms to at least stand a chance of overturning a corrupted system.
With the advent of mass-media broadcasting and the rise of the New Feudal-Capitalist caste system, the ruling elites have gained a most powerful weapon: brainwashing. No longer have religious institutions been required to control the masses. Fear imparted by widespread propaganda now does it for them. Even more perceptive people can, and often are, influenced by this conditioning process during the formative years, developing attitudes of apathy.
Which brings us to the nature of Gun Control. 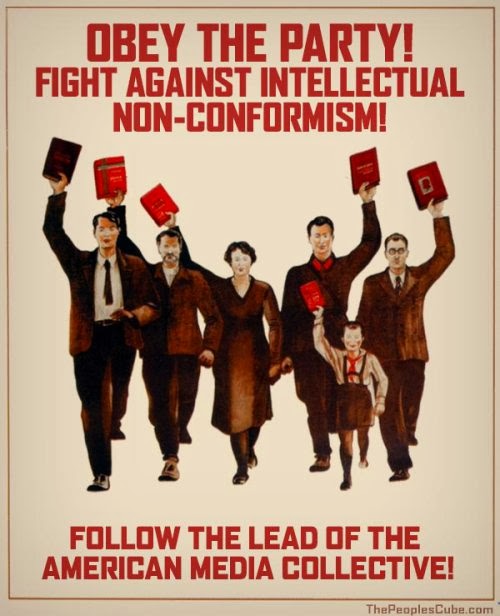 A wise man once said “If you repeat a lie often enough, people will believe it, and you will even come to believe it yourself” (a quote often misattributed to Joseph Goebbels). This is the insidious nature in which the elites of the world have been consolidating their power, by disseminating lies about the nature of force and the nature of weapons. This is most evident in the conditioning of unfathomable numbers of otherwise rational individuals to believe that there are never circumstances where recourse to force of arms is justifiable, and that “non-violent” action is always the best action, which has been demonstrated by history repeatedly to seldom be the case.
This propaganda also revolves around twisting of the facts and manipulation of popular preconceptions, with strong emotive undertones. All too often people remember the times when people use weapons to kill indiscriminately, but all too rarely are people informed of the millions of instances globally where weapons are used to mitigate unnecessary losses of life.
Firearms in particular represented a shift in the paradigm. No longer was it only the strong, quick-witted and talented who may wield arms, but now any individual with the inclination, time and access, has means to exert and resist force. A conceptual precursor to the firearm, the crossbow, drew similar ire during the Middle Ages, where a Papal Decree was issued to prohibit their use in warfare claiming that the ability to give a common peasant the ability to defeat the armour of a wealthy Knight and thus kill him, was an aberration to the natural order. Regardless, control over such weapons and their possession by the peasants was sufficient enough that most rulers saw possession of these weapons as justifiable.
Just as we in this day and age should understand that now, more than ever in history, possession of the means to exert and resist force is not only justifiable, but a necessity. Now more than ever we see a disparity between the wealthy and powerful and the poor and disempowered. Gun-control advocates live in ivory towers, and all too often the most powerful voices amongst them possess the weapons themselves, and/or retain individuals entrusted with such weaponry. This is damning evidence of the hypocrisy and elitism behind laws of personal weapon restriction. We live at a precipice of history, at the branch in the road where we may choose between a society where the minority of wealthy and strong are more equal than the majority, or a society where all men may stand as equals guaranteed by their capacity to exert and resist acts of force.
We are already descending down the path of the former, but it is not too late to stop this decay. The hardest part is overcoming the incessant propaganda, which is the reason why I have written this essay
Remember; you only have the power, if you have the will.
Blessings upon you all