Liberal indoctrination in the schools....?

I ran across this story while I was surfing around the internet.  It backs what I have said for years, the communist,godless heathen liberals are very patient, they know that their work to transform the United States will take generations so they start in the schools....besides that is where the Teachers Unions that are far left in ideology have been able to sink their roots into the education system....I also consider the Department of indoctrination Education in D.C. to be a major funding for this ideology.  The schools always on the hunt for more $$$ will accept the strings attached to it.  The liberals use what is called "constructive criticism of the established traditions"  if you are unsure...read Lenin...Marx and Engals used the same premise to attack the established customs and traditions....tear them down as old, outdated, not current with the times to paraphrase some of the current holders of political office.  Then replace traditional values that have been around for generations and provided a nation with its pride and replace it with "modern values" that are more in tune with the belief system that would encourage collectivism and surrender of individual will to do what the party wants you to do and in case you are not sure.. 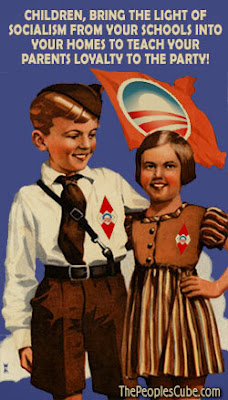 The Party is there to keep the privileged few in power and use the rest of the people as props to hold up the regime.    Only those that are members of the party will have a good life...All the others exist to serve the will of the party.  George Orwell would be proud.  "1984" is coming closer and closer and people don't realize it.  I have stated that it would take at least 2 generations to undue the damage of "Hope and Change"  Once people have been indoctrinated, they tend to keep their viewpoint and will not change. 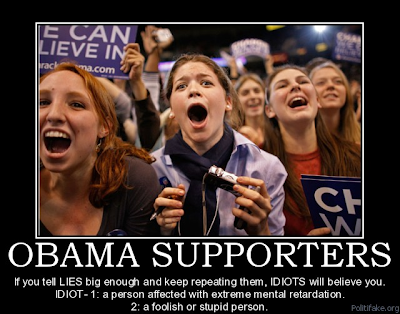 their viewpoints.  Unless there is a huge groundswell against this, the totalitarianism is creeping closer.  Remember what I said earlier about "Constructive Criticism "?  They will use our own innate sense of manners and politeness against us because it suits their need to do so and we as polite conservatives would find ourselves shouted down by the rage and hysterics of the average liberal. 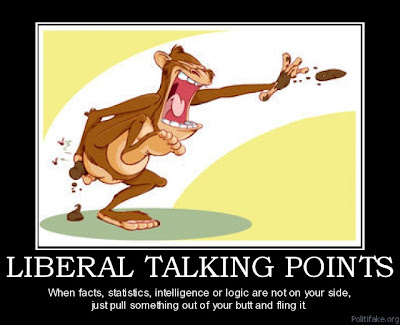 What this story pertains to is the indoctrination of student in the school system, that being said, I watch what they teach my son in his school system and so far it hasn't been bad.....yet.  In other schools the indoctrination is more evident.  I saw where a certain high school took it upon itself to change the meaning of the bill of rights of the U.S Constitution.  The link is here
I pulled out the copy of the bill of rights and I will post them in order...then compare them to what is in the text book.
1. Congress shall make no law respecting an establishment of religion, or prohibiting the free exercise thereof; or abridging the freedom of speech, or of the press; or the right of the people peaceably to assemble, and to petition the Government for a redress of grievances.
2. A well regulated Militia, being necessary to the security of a free State, the right of the people to keep and bear Arms, shall not be infringed.
3.No Soldier shall, in time of peace be quartered in any house, without the consent of the Owner, nor in time of war, but in a manner to be prescribed by law.
4.  The right of the people to be secure in their persons, houses, papers, and effects, against unreasonable searches and seizures, shall not be violated, and no Warrants shall issue, but upon probable cause, supported by Oath or affirmation, and particularly describing the place to be searched, and the persons or things to be seized.
5.  No person shall be held to answer for a capital, or otherwise infamous crime, unless on a presentment or indictment of a Grand Jury, except in cases arising in the land or naval forces, or in the Militia, when in actual service in time of War or public danger; nor shall any person be subject for the same offence to be twice put in jeopardy of life or limb; nor shall be compelled in any criminal case to be a witness against himself, nor be deprived of life, liberty, or property, without due process of law; nor shall private property be taken for public use, without just compensation.
6.In all criminal prosecutions, the accused shall enjoy the right to a speedy and public trial, by an impartial jury of the State and district wherein the crime shall have been committed, which district shall have been previously ascertained by law, and to be informed of the nature and cause of the accusation; to be confronted with the witnesses against him; to have compulsory process for obtaining witnesses in his favor, and to have the Assistance of Counsel for his defence.
7.  In suits at common law, where the value in controversy shall exceed twenty dollars, the right of trial by jury shall be preserved, and no fact tried by a jury, shall be otherwise re-examined in any court of the United States, than according to the rules of the common law.
8. Excessive bail shall not be required, nor excessive fines imposed, nor cruel and unusual punishments inflicted.
9.  The enumeration in the Constitution, of certain rights, shall not be construed to deny or disparage others retained by the people.
10.The powers not delegated to the United States by the Constitution, nor prohibited by it to the States, are reserved to the States respectively, or to the people.

I pulled this off the "Young America's foundation website.

By: Hillary Cherry, Program Officer of Public Relations
The authors of United States History: Preparing for the Advanced Placement Examination have taken it upon themselves to change the Constitution of the United States. The high school textbook contains a summary of each Amendment that alters the initial intent in which they were created.
The textbook notes the Second Amendment as, "The people have a right to keep and bear arms in a state militia."
The actual Second Amendment reads, "A well regulated Militia, being necessary to the security of a free State, the right of the people to keep and bear Arms, shall not be infringed."
Guyer High School and numerous others have assigned the book for an "Advanced Placement History" course. By assigning anti-factual literature, the only advanced placement the school has ensured for their students is in the world of biased academia.
Sadly, parents now have to fact check textbooks to be sure their students are being taught accurate history. High schools and universities should focus on being a marketplace of ideas, not force-feeding leftist theories.
In an effort to remove the textbook from the school's curriculum, the Daily Paul has created a "Call to Action" plan. They are asking parents and concerned members of the community to attend the next school board meeting and demand answers.
Liberal indoctrination has become a serious threat to academic freedom and we must fight to stop it.