If Todays media was around during WWII...And the same Media coverage of the current situation in Israel. 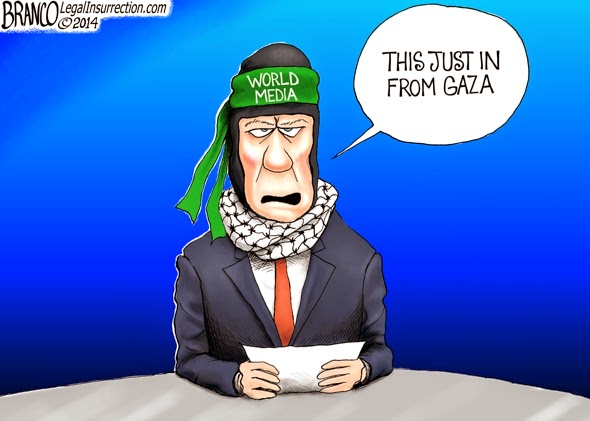 I have seen the gnashing of teeth, the wailing of liberal elitist media and the rending of sackcloth about the Israeli offensive in the Gaza strip after Hamas repeatedly fired rockets into Israel.  I even saw that some CNN talking head complained about the "Iron Dome" system that it defeated the Qassam rockets that Hamas likes to fire into Israel. That it takes away the military advantage that Hamas has.  They made some comment that Israel should have given hamas the iron dome system so the palestinians can defend themselves.   Lessee...Israel spends millions to develop the iron dome system as a defensive system whereas hamas hides rockets and munitions in schools, churches and they dig tunnels into Israel to kill civilians as an offensive option.
Here is some information on the rocket system used by the palestinian militants. 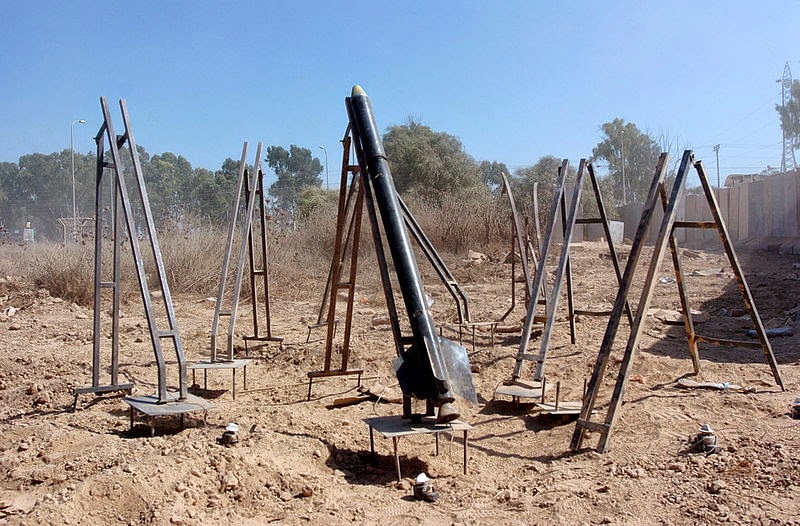 The Qassam rocket (Arabic: صاروخ القسام‎ Ṣārūkh al-Qassām; also Kassam) is a simple, steel artillery rocket developed and deployed by the Izz ad-Din al-Qassam Brigades, the military arm of Hamas. Three models have been produced and used, with the first introduced in 2001.
More generally, all types of Palestinian rockets fired into southern Israel, for example the Palestinian Islamic Jihad Al Quds rockets, are called Qassams by the Israeli media, and often by foreign media. The Qassam gained notoriety as the best-known type of rocket deployed by Palestinian militants mainly against Israeli civilians, but also some military targets during the Second Intifada of the Israeli–Palestinian conflict. Since 2000, Palestinian rockets, which include the Qassam, alongside others such as the Grad rocket, have been used to kill 22 Israeli citizens and one Thai national (as of January 9, 2009). These rockets cannot be fired precisely to target specific military objectives in or near civilian areas. Human Rights Watch issued an analysis, stating, that "such weapons are therefore indiscriminate when used against targets in population centers. The absence of Israeli military forces in the areas where rockets hit, as well as statements by leaders of Palestinian armed groups that population centers were being targeted, indicate that the armed groups deliberately attacked Israeli civilians and civilian objects. The international community considers indiscriminate attacks on civilians and civilian structures that do not discriminate between civilians and military targets as illegal under international law. 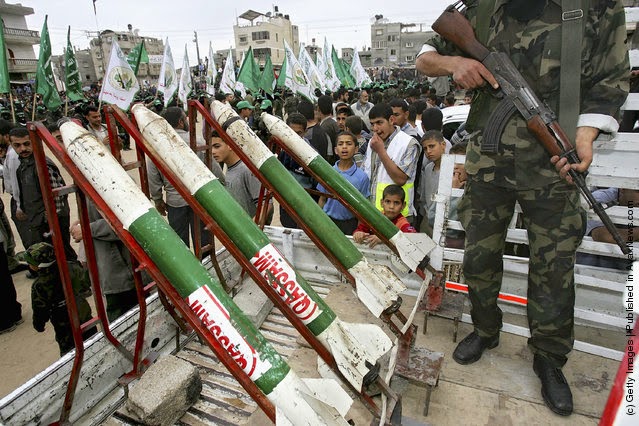 Qassam rockets are named after the Izz ad-Din al-Qassam Brigades, the armed branch of Hamas, itself named for Izz ad-Din al-Qassam, a Syrian Muslim preacher whose death during a guerrilla raid against British Mandatory authorities in 1935 was one of the catalysts for the 1936–39 Arab revolt in Palestine 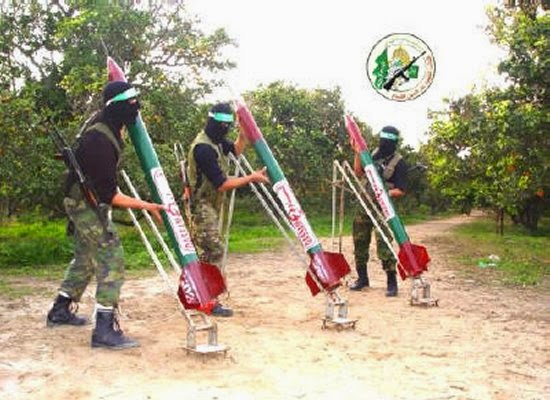 The aim of the Qassam rocket design appears to be ease and speed of manufacture, using common tools and components. To this end, the rockets are propelled by a solid mixture of sugar and potassium nitrate, a widely available fertilizer. The warhead is filled with smuggled or scavenged TNT and urea nitrate, another common fertilizer. This is close to Ammonite.
The rocket consists of a steel cylinder, containing a rectangular block of the propellant. A steel plate which forms and supports the nozzles is then spot-welded to the base of the cylinder. The warhead consists of a simple metal shell surrounding the explosives, and is triggered by a fuse constructed using a simple firearm cartridge, a spring and a nail.
While early designs used a single nozzle which screwed into the base, recent rockets use a seven-nozzle design, with the nozzles drilled directly into the rocket baseplate. This change both increases the tolerance of the rocket to small nozzle design defects, and eases manufacture by allowing the use of a drill rather than a lathe during manufacture due to the smaller nozzle size. However due to the cone shape of each of the 7 nozzles, each nozzle's inside must be made with a lathe, or else the interior of the nozzle would be cylindrical rather than conical (see rocket engine nozzle). Unlike many other rockets, the nozzles are not canted, which means the rocket does not spin about its longitudinal axis during flight. While this results in a significant decrease in accuracy, it greatly simplifies rocket manufacture and the launch systems required. 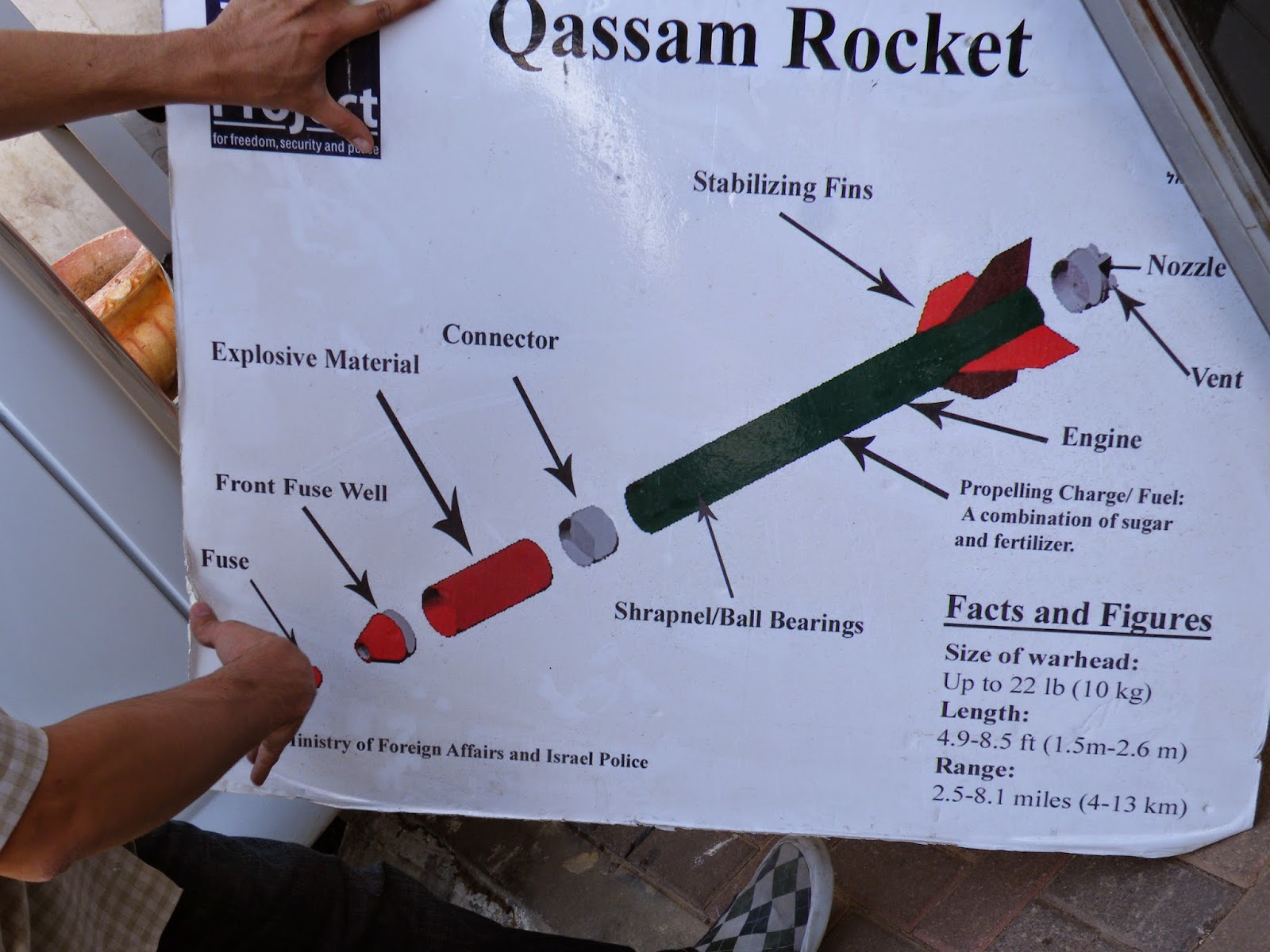 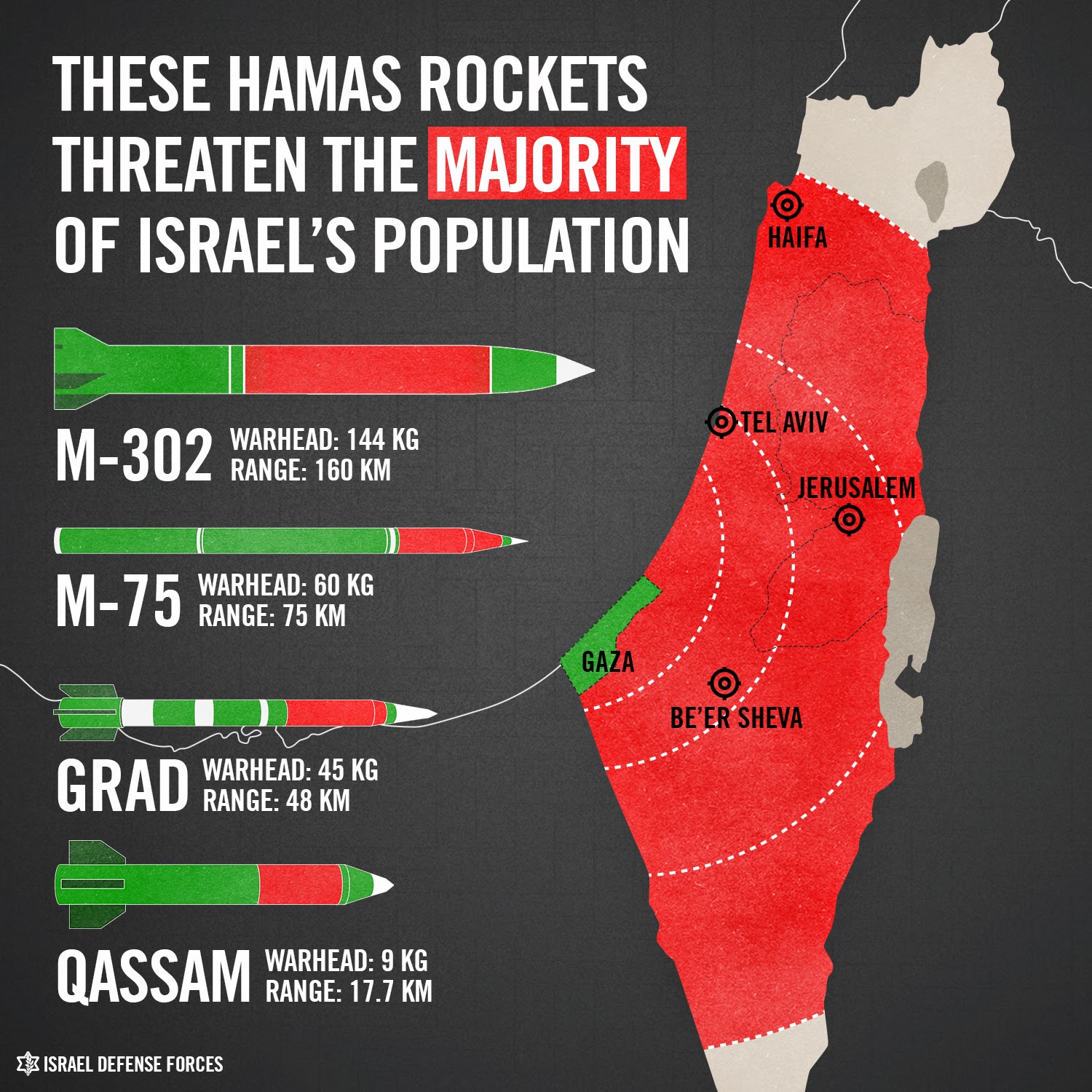 Now back to my original post,  I have seen the world media shamelessly carry the water for the palestinian militants.   I have a hard time with this....first off where is their objectivity?  2nd..What does these liberals think will happen to them if an islamic caliphate is established... What do these liberals will think will happen?  I am sure the islamic militants are the tolerant ones to all that they believe to be non believers and that they will exude the goodness of islam to the so helpful djimmitude 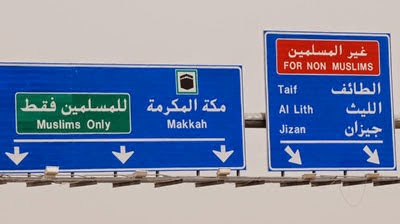 Something to keep in mind....The palestinians are on the bottom of the Arab world as far as social order or hierarchy.  The other Arabs use the palestinians as a tool to stick it to Israel.  The palestinians are the bottom feeders relying on other Arabs and the United Nations for sustenance and support.  I hear all this stuff about "free palestine"  Funny thing...There was never a palestinian nation....before Israel was established in 1948, the land was a British protectorate.  the British took over from the Ottoman Turks after the Turks were on the losing side in WWI.  The Turks ancestors seized the land after the crusades.
The palestinians had a chance to have their own nation in 1948 but threw their lot in with the Arab armies that attacked Israel right after the formation of the state of Israel.  The palestinians hoped to see the Zionist exterminated, instead the Israeli's won the battles and the palestinians became refugees in Jordan and other places and the generation of hatred continues. 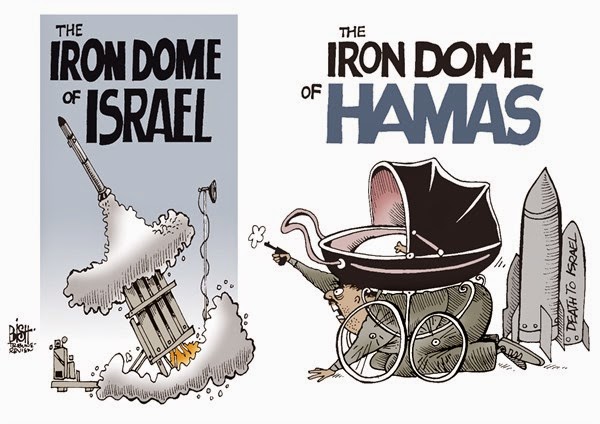 Hamas is winning the media war against Israel, and it helps that the media is squarely on the side of the militants...you know the people that use Children as weapons. 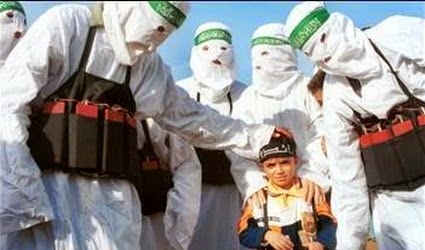 If the same media was around during WWII we would see articles like this: 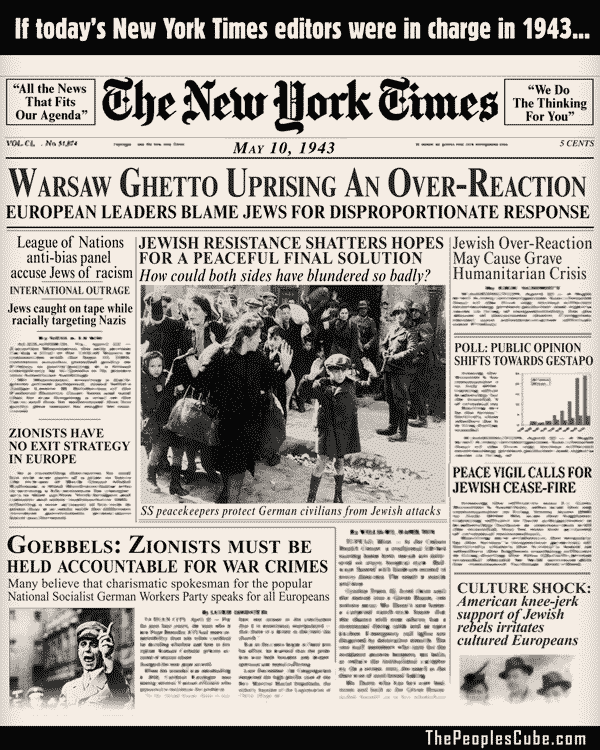 Now before anybody tells me that I am an Israili apologist....You are incorrect...I havn't forgotten the U.S.S Liberty.

Posted by MrGarabaldi at 3:23 PM