I am sure that we in our past or recently are driving through a sub division in suburbia and all the houses are tastefully painted, yards immaculately manicured...except for one house and guess what you see in the yard...... 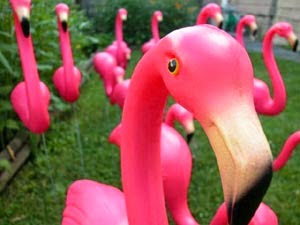 I had seen a picture of one and it caught my eye...so I figured I would do a bit of research on the universal symbol of tackiness and humor. 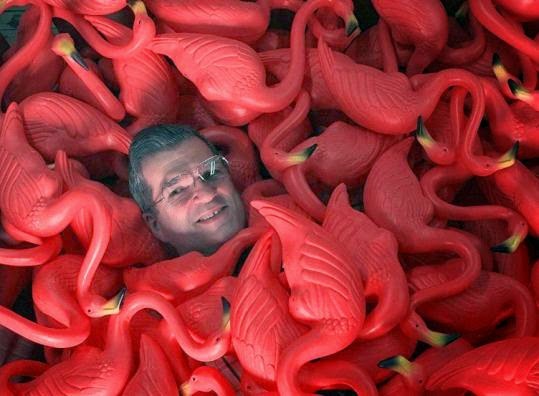 Donald Featherstone, the Inventor of the Flamingo
First designed in 1957, the fake birds are natives not of Florida but of Leominster, Massachusetts, which bills itself as the Plastics Capital of the World. At a nearby art school, sculptor Don Featherstone was hired by the plastics company Union Products, where his second assignment was to sculpt a pink flamingo. No live models presented themselves, so he unearthed a National Geographic photo spread. It took about two weeks to model both halves of the bird, brought into the third dimension by then-revolutionary injection-mold technology.
A flamingo-friendly trend was the sameness of post-World War II construction. Units in new subdivisions sometimes looked virtually identical. “You had to mark your house somehow,” Featherstone says. “A woman could pick up a flamingo at the store and come home with a piece of tropical elegance under her arm to change her humdrum house.” Also, “people just thought it was pretty,” adds Featherstone’s wife, Nancy.
That soon changed. Twenty-somethings of the Woodstock era romanticized nature and scorned plastics (à la The Graduate). Cast in flaming pink polyethylene, the flamingo became an emblem of what Nancy delicately calls the “T-word”—tackiness. Sears eventually dropped the tchotchkes from its catalog.
But then, phoenixlike, the flamingo rose from its ashes (or rather, from its pool of molten plastic: As demonstrated at the finale of Waters’ film, flamingos don’t burn, they melt). As early as the 1960s, pop artists including Andy Warhol and Claes Oldenburg had begun elevating the low brow and embracing mass culture. And then, of course, 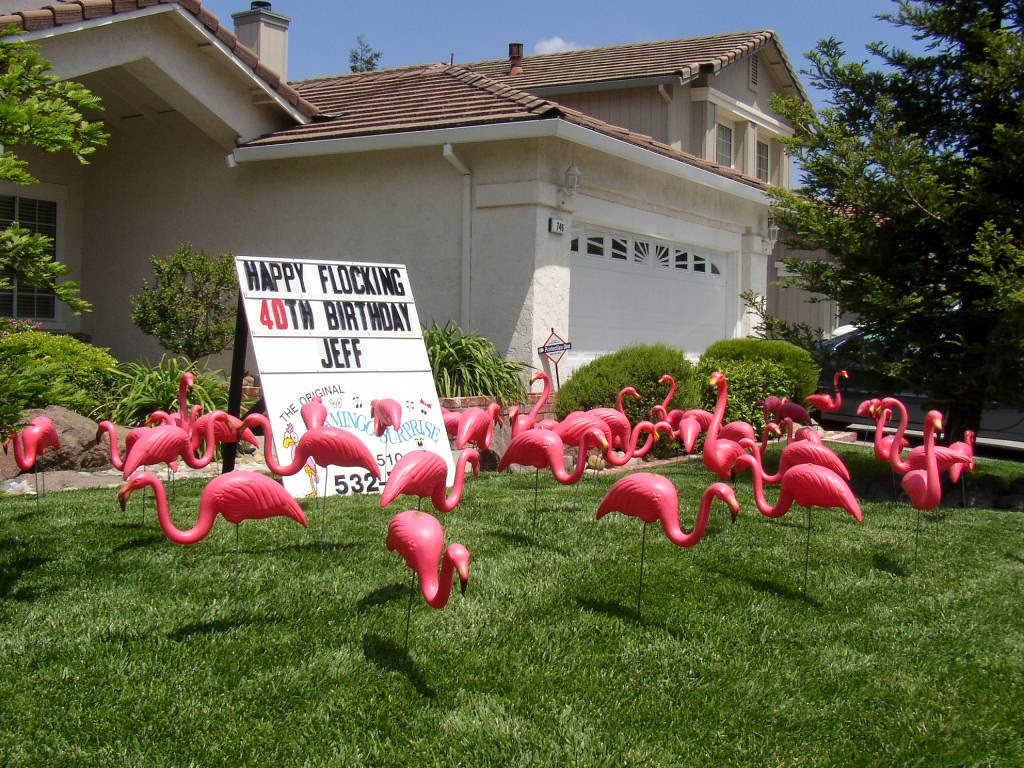 By the mid-1980s, the flamingos were transitioning from a working-class accessory to an elaborate upper-class inside joke. They furnished colorful substitutes for croquet wickets and clever themes for charity galas. The bird became a sort of plastic punch line, and, at worst, a way of hinting at one’s own good taste by reveling in the bad taste of others.
Back in the 1980 before I joined the U.S. Army, I was a driver with Domino's Pizza and those were the days of "30 minutes or free."  Well some people would not answer the door forcing the driver to leave, go to a gas station, find a pay phone...You know, One of these...This was the time before cell phones. 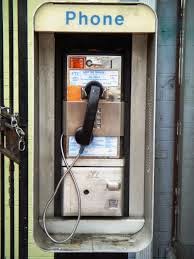 and call the number on the ticket that was on the box.  The scamming bottom feeding, non tipping customer would immediately trumpet "The Pizza is Free..ain't it?"   Well I got burned the first time by this and it did piss me off, to me it was dishonorable.  Now if the pizza was late due to stuff that was beyond control, traffic, accident, weather and so on...I had no problem giving the pizza away.  We were not penalized for it.
What I would do is before I left after I had confirmed the address, I would flip the floormat upside down and memorize something distinctive about the yard.  what kind of cars they had and so forth.  Then head to the payphone and call the customer.   After I became a trainer for the new drivers I would use this as an example when they would ask me "what do I do when the customer don't come to the door?"   I would tell what I would do with the floormat in front of the door then head to the phone at the gas station.  I would tell the driver trainee "I would call the customer, and after confirming the address, you live at 720 maple drive, Yes I know the pizza is past 30 minutes...I do have a question for you if you please...Do you have the rusty camaro on cinderblocks in your front yard surrounded by pink flamingo's?.....If you please, go to your front door, and you will see that your floormat is upside down.  The pizza was on time and the total will be $12.34 cents.  I will be there in a few minutes.."   I would use this as an example so the flamingo's were a regular feature of taciness that I use.

This is the picture that started this strange post... 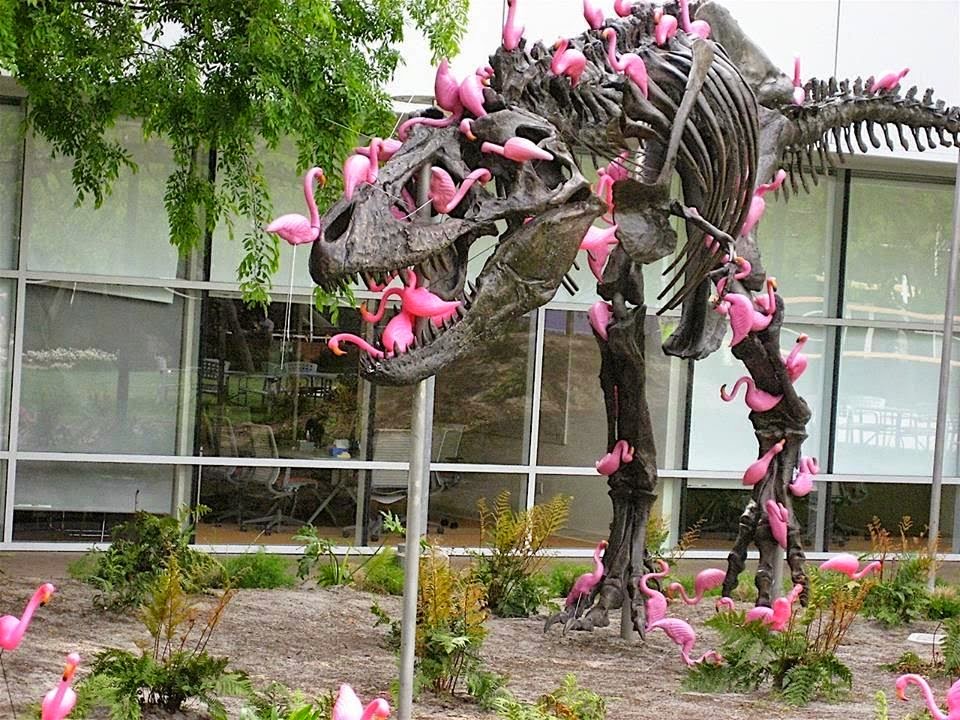 Posted by MrGarabaldi at 1:19 AM