Monday Music "Chariots of Fire" by Vangelis and school starting....

Well Today is a bittersweet time, My son is now officially in Junior High, he started the 6th grade.  He has done exceeding well in Elementary School and the spousal unit and I are very proud of him.  Now he is in junior high..or as they call it "middle school".  I told him that I would do my dance of joy  also known as the "snoopy Dance" now that he is back in school.


I decided to go with the early 80's with "Chariots of fire".  The song and the movie was a smash hit.  I first heard of the song and the movie when I was a sophomore in high-school.  it really played well through the new device called the "Sony Walkman"  The metal-cased blue-and-silver Walkman TPS-L2, the world's first low-cost portable stereo, went on sale in Japan on July 1, 1979. In June 1980, it was introduced in the U.S 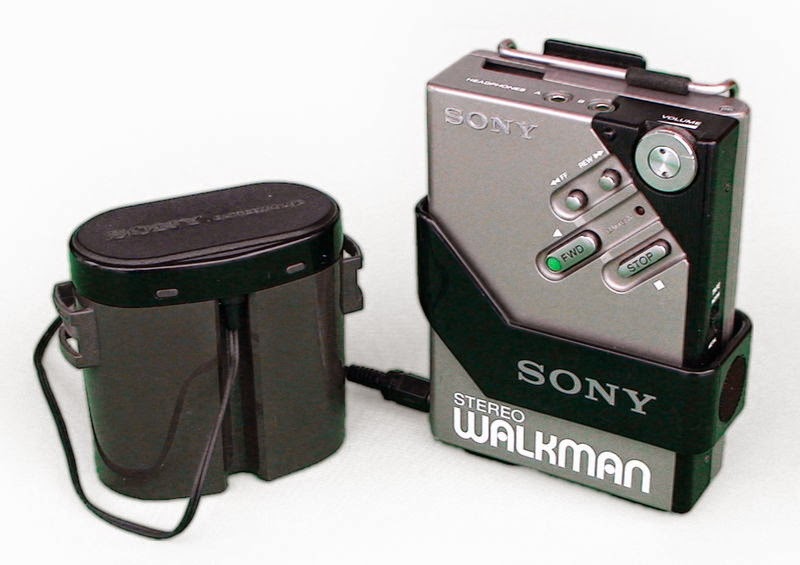 Power consumption was low, requiring only either one AA battery or one gumstick-type rechargeable, with optional AC adaptor input. It is also equipped with an amorphous tape head capable of reproducing 20–20,000 Hz response, a gold plated headphone jack, and a 2 mm thick aluminum body. Sony made this model with only sound quality in mind at an affordable price, therefore it contains no gimmick features such as in-line remote control, music search, or LCD readout. Its only features are Dolby B/C noise reduction, Mega Bass/DBB bass boost, tape select, and two auto reverse modes.

Chariots of Fire is a 1981 British historical drama film. It tells the fact-based story of two athletes in the 1924 Olympics: Eric Liddell, a devout Scottish Christian who runs for the glory of God, and Harold Abrahams, an English Jew who runs to overcome prejudice.
The film was conceived and produced by David Puttnam, written by Colin Welland, and directed by Hugh Hudson. It was nominated for seven Academy Awards and won four, including Best Picture and Best Screenplay. It is ranked 19th in the British Film Institute's list of Top 100 British films. The film is also notable for its memorable instrumental theme tune by Vangelis, who won the Academy Award for Best Original Score. 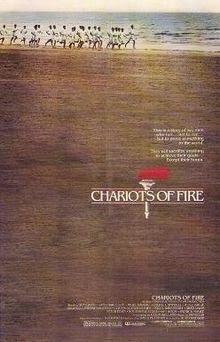 The film's title was inspired by the line, "Bring me my chariot of fire," from the William Blake poem adapted into the popular British hymn "Jerusalem"; the hymn is heard at the end of the film. The original phrase "chariot(s) of fire" is from 2 Kings 2:11 and 6:17 in the Bible.

Although the film is a period piece, set in the 1920s, the Academy Award-winning original soundtrack composed by Vangelis uses a modern 1980s electronic sound, with a strong use of synthesizer and piano among other instruments. This was a bold and significant departure from earlier period films, which employed sweeping orchestral instrumentals. The title theme of the film has become iconic, and has been used in subsequent films and television shows during slow-motion segments.
Vangelis, a Greek-born electronic composer who moved to Paris in the late 1960s, had been living in London since 1974. Director Hugh Hudson had collaborated with him on documentaries and commercials, and was also particularly impressed with his 1979 albums Opera Sauvage and China. David Puttnam also greatly admired Vangelis's body of work, having originally selected his compositions for his previous film Midnight Express. Hudson made the choice for Vangelis and for a modern score: "I knew we needed a piece which was anachronistic to the period to give it a feel of modernity. It was a risky idea but we went with it rather than have a period symphonic score." The soundtrack had a personal significance to Vangelis: After composing the iconic theme tune he told Puttnam, "My father is a runner, and this is an anthem to him."
Hudson originally wanted Vangelis's 1977 tune "L'Enfant", from his Opera Sauvage album, to be the title theme of the film, and the beach running sequence was actually filmed with "L'Enfant" playing on loudspeakers for the runners to pace to. Vangelis finally convinced Hudson he could create a new and better piece for the film's main theme – and when he played the now-iconic "Chariots of Fire" theme for Hudson, it was agreed the new tune was unquestionably better. The "L'Enfant" melody still made it into the film: When the athletes reach Paris and enter the stadium, a brass band marches through the field, and first plays a modified, acoustic performance of the piece.Vangelis's electronic "L'Enfant" track eventually was used prominently in the 1982 film The Year of Living Dangerously.
Some pieces of Vangelis's music in the film did not end up on the film's soundtrack album. One of them is the background music to the race Eric Liddell runs in the Scottish highlands. This piece is a version of "Hymn", the original version of which appears on Vangelis's 1979 album, Opéra sauvage. Various versions are also included on Vangelis's compilation albums Themes, Portraits, and Odyssey: The Definitive Collection, though none of these include the version used in the film.
Five lively Gilbert and Sullivan tunes also appear in the soundtrack, and serve as jaunty period music which nicely counterpoints Vangelis's modern electronic score. These are: "He is an Englishman" from H.M.S. Pinafore, "Three Little Maids from School Are We" from The Mikado, "With Catlike Tread" from The Pirates of Penzance, "The Soldiers of Our Queen" from Patience, and "There Lived a King" from The Gondoliers.
The film also incorporates a major traditional work: "Jerusalem", sung by a British choir at the 1978 funeral of Harold Abrahams. The words, written by William Blake in 1804-8, were set to music by Parry in 1916 as a celebration of England. This hymn has been described as "England's unofficial national anthem", concludes the film and inspired its title. A handful of other traditional anthems and hymns and period-appropriate instrumental ballroom-dance music round out the film's soundtrack.

Posted by MrGarabaldi at 8:13 AM