Fragging Some officers feared their men more than the enemy/

I had Posted about "fragging"or the act of throwing a Frag or a fragmentation grenade at a superior officer.  I remember reading several books from Colin Powell to Norman Schwartzkopf having issues with the GI's toward the end of Vietnam when the discipline was breaking down in the American Army,  I only remember one recent case in 2003 when an NCO threw a grenade unto the tent where his commanding officer and staff were meeting and this was religious based, the NCO was muslim and we were fixing to invade Iraq.

Recently, the concept of “fragging” made the news again. It was revealed that Roy Moore, who recently lost his campaign for the US Senate seat in Alabama, was in danger of being murdered by his own men during his service in Vietnam. “Fragging” is the act of soldiers killing their own officers and sergeants.
Moore is a 1969 graduate of West Point who served in Germany before being put in charge of the 188th Military Police Company in Vietnam. He was assigned to this position in 1971, near the end of the war when the US Army and Marines were having discipline issues due to the high number of soldiers with drug addictions or mental imbalances which made them dangerous.
Moore commanded a company in Vietnam. In his autobiography, he wrote that the use of drugs was so prevalent, he issued many disciplinary charges against his men with an emphasis on targeting drug abusers. This earned him fragging threats. Moore was not intimidated and he continued his disciplinary tactics. He did take precautionary measures, though, by placing sandbags under his cot and in the walls of his sleeping quarters.

One of his men who was known to be a drug user did shoot a first sergeant and threatened to come after Moore. The soldier was quickly apprehended and court-martialed. The first sergeant survived the shooting.
According to Colonel Robert D. Heinl, who wrote in the Armed Forces Journal, the army was in a near state of collapse due to the lack of discipline among the troops.When these troops found themselves serving under an incompetent leader, a harsh disciplinarian, or a vain, glory-seeking leader who risked his troops’ lives in order to further his own career, they would sometimes seek to have that leader killed. This was often accomplished by rolling a fragmentation grenade into his tent while he was sleeping. The grenade would leave no fingerprints after the explosion, so there was no evidence of who committed the deed. The term “fragging” comes from this common method.


There were thousands of fragging threats during the Vietnam War, most of which were never acted on. There are at least 800 confirmed attempts in the Army and Marines. 86 of the officers and sergeants were killed and approximately 700 were injured. This is only the documented cases. The true number of fraggings may never be known. 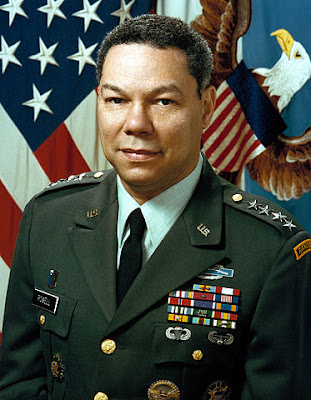 Many officers in Vietnam were afraid for their lives simply because they were authority figures. General Colin Powell (a major at the time he served in Vietnam) remarked that he moved his cot every night because he was not only afraid a Viet Cong informant might come after him in the night but also because of his fear that his own men would kill him in his sleep.
Captain Thomas Cecil claimed that he spent his last month in Vietnam (in 1971) sleeping in the military intelligence bunker. Only his battalion commander was aware of where the captain was at night.


George Lepre investigated hundreds of fraggings for his report, “Fragging: Why US Soldiers Assaulted Their Officers in Vietnam.” He learned that the majority of fraggings occurred in the Army and Marines and that they were rare in the Air Force and Navy. Sometimes bystanders were the unintended victims of the attacks. Families were not typically made aware of the true nature of their loved one’s death.
While fragmentation grenades were the common method inside the camp, soldiers found another method while away from camp. Frequently, an undesirable officer would find himself in the line of fire during a firefight and would “accidentally” be struck by friendly fire.

Posted by MrGarabaldi at 1:51 AM