Range time with the Shield and the Twitter Purge

I have heard of the purge on Twitter of those that are of a conservative/libertarian bent.  I had signed up with Gabi when the platform first opened up.  You can look for "MrGarabaldi" .  I just have to find out a way to link it to my blog. 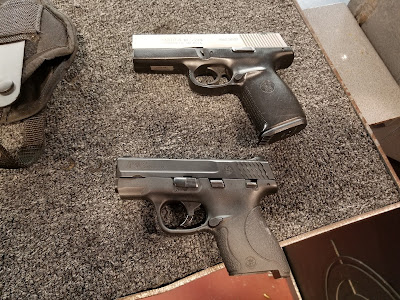 The shield is a lot smaller than the S&W Sigma that I have had since the 90's. 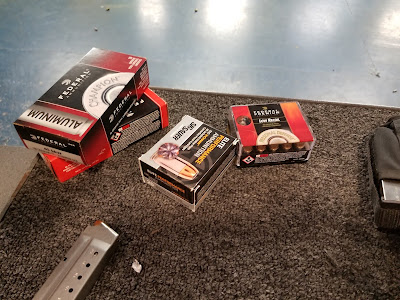 I had bought some federal generic ammo, nothing fancy along with some hydroshok and some Sig Sauer High Performance hollow point ammo per Mack's recommendation, 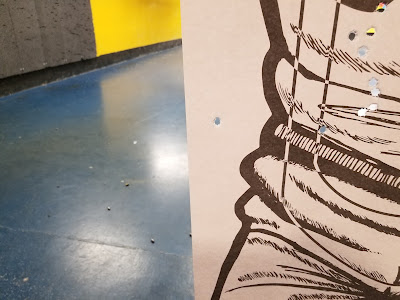 My first shot was a "flier", The trigger is a lot different than any other pistol I have fired.  I then started shooting the target.  I then switched to the Sigma 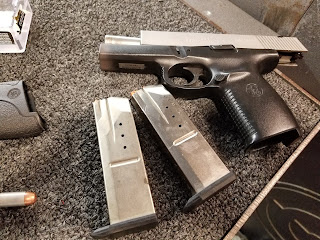 Here you can see the "Brady Bill" legal magazines that at the time limited capacity to 10 rounds and S&W had the magazines made with a "dimple" to prevent more rounds being loaded..The Sigma is a first generation polymer pistol that Smith made to mimic Glock and as I understand it, they did too good of a job and got sued by Glock.  My Smith ain't fancy but it runs all kinds of ammo with out a hiccup so I can't complain. 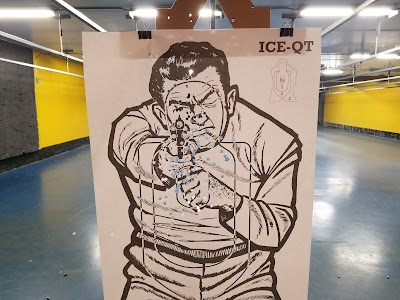 The Shield shot well but I preferred the hydroshok purely for the reduced recoil, the Shield is a small pistol shooting a large caliber and there is a recoil, but with the hydroshok, the recoil is reduced.  I was using the standard 21 foot rule and I would point and shoot, using the front sights   The first series I shot with the shield were the string running in the abdomen and I was using the Sigma to shoot the chest.  I then reloaded my magazines and continued firing. until all my ammo was gone.. 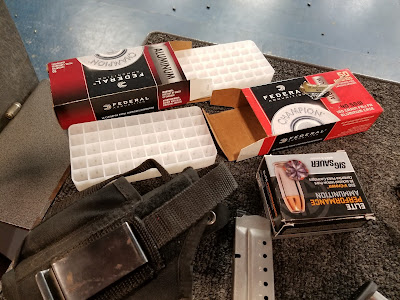 I looked at the floor as I was leaving and there was a lot of brass on the floor, the range is busy, there were a lot of shooters there, I am not sure if it was just because of the holidays or because of the present climate. 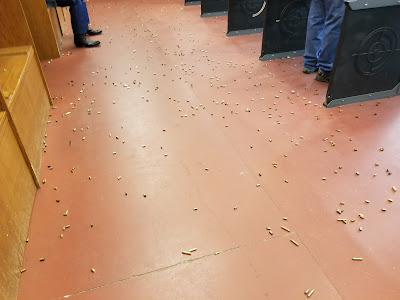 Posted by MrGarabaldi at 4:18 PM