This is another story from the Angry Staff Officer, Again you can thank Mack for turning me into the site.  The ASO uses Star Wars mostly along with Harry Potter to relate Military issues with cultural references and Star Wars is very popular for that reason.  It is prudent especially of intelligence, all had their uses and never to "put all your intel eggs in one basket, try to get confirmation from other sources, be it another HUMINT source or SIGINT or other means".

The Star Wars storyline divides neatly into two sides: good and evil. The latter possess a qualitative and quantitative edge in terms of military hardware and personnel. The former clings to intangible advantages in pluck, optimism, and desperation. It is desperation that encourages the scrappy underdogs to take chances they otherwise might not, like attacking a Death Star with a small force of fighter spacecraft. However, risky desperation is a double-edged sword and the rebel insurgents suffer from of their high stakes gambles when they ritually cling to human intelligence as the basis for crisis decision-making.

In summary, our CONOPS is… hey diddle diddle, right up the middle. (Lucasfilm, Ltd)
Human intelligence, or HUMINT, is an intelligence discipline doctrinally described as information provided by human sources. In comparison to more expensive forms of intelligence collection, like a space-based sensor or whatever other shiny toys the Empire or First Order can choose to allocate resources to, it’s relatively cheap. And cheap is just the right price point for a patchy, distressed rebellion.
In the penultimate episode of the Star War franchise, “The Force Awakens,” the Resistance was more desperate than usual and looked for any information that could assist them against their intergalactic adversary, the First Order. The only thing they knew for sure, based on a reconnaissance flight and a preliminary human intelligence report was that Starkiller base was decidedly operational. It previously destroyed the capital of the Republic employing a “hyper lightspeed weapon” that drew energy from a nearby sun. In addition, Starkiller base seemed invulnerable. Always the downer, Admiral Ackbar noted that like previous planet killers it employed a defensive shield. Their survival at stake, the shield needed to be shut down and this weapon of mass destruction needed to be eliminated if the Resistance was to continue resisting. But first things first, they needed information about that shield. Enter the enigmatic Finn, who might know crucial details based on his previous occupation in the employ of the First Order… 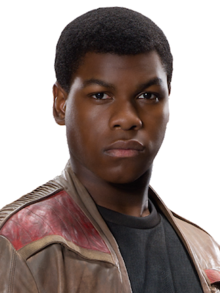 Finn, a First Order defector and prior storm trooper with additional duties as a sanitation troop (or perhaps a sanitation troop with additional duties as an infantryman? His primary and secondary job descriptions were murky…), was a mixed bag. What was very evident, however, was that Finn did not adequately explain his previous employment roles & responsibilities until the Resistance attack was well underway.
Han Solo, choosing to ask questions that probably should have been raised early in pre-mission planning, inquires thusly:

HAN: “What was your job when you were based here?”
FINN: “Sanitation.”
HAN: “Sanitation? Then how do you know how to disable the shields?”
FINN: “I don’t. I’m just here to get Rey.”
Finn’s motivation/obsession with his captured compatriot Rey, should have been obvious. He proclaimed as much in his first interaction with Princess Leia which was facilitated by Poe Dameron:
POE: “General Organa. Sorry to interrupt, this is Finn, he needs to talk to you.”
LEIA: “And I need to talk to him. That was incredibly brave, what you did. Renouncing the First Order, saving this man’s life…
FINN: “Thank you, ma’am — but a friend of mine was taken prisoner—“
LEIA: “Han told me about the girl, I’m sorry.”
Here Poe unnecessarily interjects, suggesting Finn has knowledge that he, as previously demonstrated, simply did not have. He draws the unreasonable conclusion that since Finn worked at Starkiller base then he undoubtedly possessed knowledge of the technical details that defend the planet-sized garrison.
POE: “Finn’s familiar with the weapon that destroyed the Hosnian system. He worked on the base.”
LEIA: “We’re desperate for anything you can tell us.”
FINN: “That’s where my friend was taken — I’ve got to get there, fast.”
LEIA: “And I will do everything I can to help, but first you must tell us all you know.”

F-N, huh? I’m going to call you… Curveball. (Lucasfilm, Ltd)
Poe wants Finn to be the golden human intelligence (HUMINT) source so badly that he is willing to allow himself to be deceived and thus endanger the Resistance’s entire operation. And the Resistance’s desperation combined with their unquenchable thirst for genuine HUMINT nearly led to a catastrophic mission failure at the hands of an unreliable human intelligence source. Meanwhile, Finn very transparently conveys that his motivation is not ideological. Its Rey, he’s not in it for their revolution. Only a well-timed traditional Star Wars deus ex machina saved our heroes in order to set up the franchise for “The Last Jedi.”
Political leaders and military commanders understandably desire decisive intelligence that leads to mission success. Sometimes the apparent value of information offered by a human source seems to be more reliable than that obtained by technical sources. Sometimes it appears just too good to be discounted. One’s survival complicates the need for disciplined source vetting. But in their rush for indisputable proof, leaders often overlook some key signals that might render a human source less trustworthy. They might observe the words of another wartime cinema hero, Lieutenant Aldo Raine, “we hear a story too good to be true – it ain’t.”

And cousin, the HUMINT business is a-boomin (Inglourious Basterds Wiki)
The Star Wars universe is filled with examples of human intelligence assets, some with questionable motives and usefulness. As early as the first in the series (“Star Wars: Episode IV – A New Hope”) the Rebel Alliance leveraged data provided by Princess Leia, engaging in her own bit of clandestine espionage. This data pointed to a fatal flaw in the Death Star that the Rebel attackers used to destroy it, in a plot parallel nearly identical to “The Force Awakens.” This successful HUMINT/insurgent operation (described in detail in the Star War spin-off “RogueOne”) condemned the Alliance to repeatedly allow themselves to be lured by future HUMINT possibilities. In short, after “A New Hope,” the rebels were hooked on HUMINT.

Shining white gowns were *the* clothing of choice for covert work in 1977 (Lucasfim, Ltd)
In “The Empire Strikes Back,” one sees the evil adversary engaging in HUMINT ops as well. Boba Fett, labeled a “bounty hunter,” was essentially a HUMINT agent contracted by the Empire. “Empire” shows an example of mixed motivations in HUMINT operations somewhat similar to Finn and the Resistance’s dueling inspirations. Boba Fett desires to capture Han Solo for the bounty offered by Jabba the Hutt, but the Empire employs Boba Fett to find Luke Skywalker. This leads to the awkward exchange:
DARTH VADER: “You may take Captain Solo to Jabba the Hutt after I have Skywalker.”
BOBA FETT: “He’s no good to me dead.”
DARTH VADER: “He will not be permanently damaged.”
Luckily for the Empire these mixed motivations are aligned enough that despite their divergent goals the situation results in mission success for the Empire. Not coincidentally, the power dynamic is obviously weighted toward Darth Vader. In the Finn/Resistance example the power dynamic is weighted toward Finn as the holder of what the Resistance believes is valuable information.
“Empire” showcased another peril in executing HUMINT operations, the double-agent. Lando Calrissian, a smooth talking scoundrel who was once Han Solo’s friend and business partner, presented himself as a loyal ally. However, his deception masked ongoing employment by the Empire resulting in Han’s setup and eventual freezer nap. Despite Lando’s unreliability leading to the near capture of Luke Skywalker, the Rebellion’s faith in HUMINT persisted.

Emperor Palpatine: “And I would’ve gotten away with it too, if it wasn’t for you and your furry, contrived plot device.” (Lucasfilm, Ltd)
“Return of the Jedi” features a classic example of HUMINT deception and lays bare the Rebellion’s desire for HUMINT borne of desperation. The cunning Emperor, finally capitalizing on the Rebellion’s weakness for too-good-to-be-true human intelligence, allowed plans for his new and improved Death Star to fall into their hands. Dangling this juicy, yet deceptive, intel nugget he lured the Rebellion into a trap that he hoped would destroy them. Only a cuddly deus ex ewok saves the Rebels from annihilation.


Beware of the Spies

Fast-forwarding thirty years to “The Force Awakens” we observe a Resistance that still has not learned their lesson regarding unreliable HUMINT agents. Will the Resistance cut the cord on their HUMINT-reliance in “The Last Jedi”? Doubtful.
Since the Rebels are perpetual underdogs they continually find themselves strapped for any scraps of enemy information. This situation makes them vulnerable to deception and misinformation. With seemingly no way out, their backs against the wall, and any number of other clichés, it is reasonable to assume that whomever the last Jedi turns out to be, his or her undoing will result from some form of human intelligence failure.
Posted by MrGarabaldi at 7:00 AM