Some pithy musings and comments

First off, my son came back from California, His band marched in the Hollywood Christmas parade.  I didn't say anything because I didn't want to announce on the internet that my son whom I am very proud dad is across the country from me.  Call me paranoid and not logical, but logic fails me when it comes to my son. 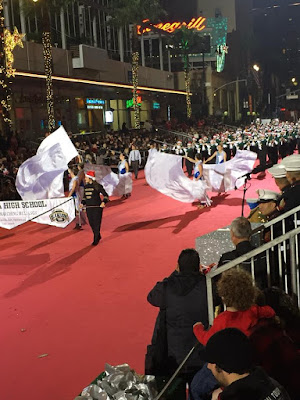 The kids had a good time, they visited the Santa Monica Pier, The Grammy Museum,, DisneyLand(the place where Goofy is a character, well the State also I suppose), The Chinese Theater, El Capitan and other places.  For the kids,  it was an eye opener,  I will explain.  The kids saw a lot of things there that they didn't see here in Georgia, Over in Los Angeles there is a huge homeless population, the panhandlers were super aggressive and would try to intimidate the kids and their chaperones into giving them money.  According to my son, "California smelled like Urine, homeless people and Pot."  The smell was pervasive and permeated everything, it was everywhere.  I asked a couple of the adult chaperones that were as worldly as I am and I commented "3rd world craphole?"  and they said "yep".    The dichotomy between rich and poor was very evident.  My son had texted me and commented "There is a 30 million dollar house down the road from our hotel and I feel Poor" and the hotel was in a sketchy part of town.  He did enjoy the trip but it was a huge change for the kids to see this, especially the homeless for the kids here don't want for anything. 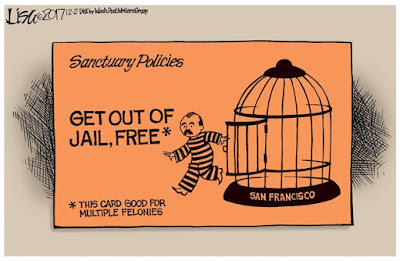 And speaking of California, I saw there the courts in San Francisco let that illegal immigrant Garcia Zerate who killed Kate Steinle on the boardwalk in San Francisco and the jury wanting to make a political statement against Trump and ICE acquitted him of all charges except a felon with a firearm which carries a 3 year penalty.  Really?   I know that due process has to work but when the due process was subverted for a political statement it screams "Wrong".  All  I know that this will reignite the immigration debate, especially after that latest crime committed by an illegal immigrant.


A Mexican man who was deported from the US 20 times has been convicted of 10 counts including sexual assault in Oregon.
On Friday, Sergio Jose Martinez, 31, was sentenced to 35 years in prison in a Portland courtroom after pleading guilty to kidnapping, sexual assault, sodomy and several other counts, KOIN reported.
Martinez smiled throughout the trial, and as he left, he gave one grim parting shot to his two victims' relatives: 'See all you guys in Hell.' 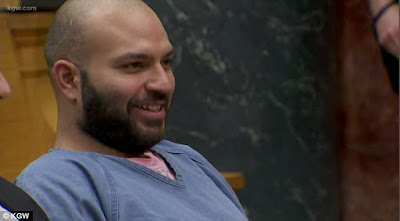 I will probably be working overtime tonight so I may get my Monday Music up monday morning, but we will see.  I am thinking of "Dire Straits".   We will see.
Posted by MrGarabaldi at 8:41 AM