This song got brought up last week from another Dire Strait song last week on my earlier "Monday Music".   This song came on while I was surfing the 70's channel while I was avoiding "Red, Red Wine*Bleh*" on the 80's channel.   To me "Sultans of Swing is an iconic rock song from the 70's and it still is very popular on the radio stations and on Sirius/XM, I hear it a lot....but not too much that it gets old, LOL


Sultans of Swing" is a song by British rock band Dire Straits from their eponymous debut album, which band frontman Mark Knopfler wrote and composed. Although it was first released in 1978, it was its 1979 re-release that caused it to become a hit in both the UK and U.S.
The song was recorded at Pathway Studios, North London, in July 1977 and quickly acquired a following after it was put on rotation at Radio London. Its popularity soon reached record executives, and Dire Straits were offered a contract with Phonogram Records. The song was then re-recorded in February 1978 at Basing Street Studios for the band's debut album. The record company wanted a less-polished rock sound for the radio, so an alternative version was recorded at Pathway Studios in April 1978 and released as the single in some countries including the United Kingdom and Germany. 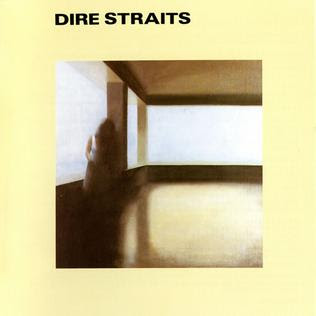 The music for "Sultans of Swing" was composed by Mark Knopfler on a National Steel guitar in an open tuning, though Knopfler did not think very highly of it at first. As he remembered, "I thought it was dull, but as soon as I bought my first Strat in 1977, the whole thing changed, though the lyrics remained the same. It just came alive as soon as I played it on that ’61 Strat which remained my main guitar for many years and was basically the only thing I played on the first album and the new chord changes just presented themselves and fell into place."
Inspiration for the song came from witnessing a jazz band playing in the corner of a practically deserted pub in Deptford, South London. At the end of their performance, the lead singer announced that they were the "Sultans of Swing", and Knopfler found the contrast between the group's dowdy appearance and surroundings and their grandiose name amusing.

Shortly after the band formed in 1977, a musician flatmate of drummer Pick Withers having given the team the name "Dire Straits", they recorded a five-song demo tape at Pathway Studios, which included "Sultans of Swing" in addition to "Water of Love", "Down to the Waterline", "Wild West End", and David Knopfler's "Sacred Loving". They took the tape to influential DJ Charlie Gillett, who had a radio show called Honky Tonk on BBC Radio London. The band simply wanted advice, but Gillett liked the music and put "Sultans of Swing" on his rotation. Two months later, Dire Straits signed a recording contract with Phonogram Records.
"Sultans of Swing" was then re-recorded in February 1978 at Basing Street Studios for the band's debut album Dire Straits. It was produced by Steve Winwood's brother Muff Winwood. Knopfler used the guitar technique of finger picking on the recording.

Ken Tucker of Rolling Stone singled out "Sultans of Swing" as a highlight of the album for its "inescapable hook" and compared Knopfler's vocal stylings to that of Bob Dylan. The New Rolling Stone Album Guide called the song "an insinuating bit of bar-band mythmaking" whose lyrics "paint a vivid picture of an overlooked and underappreciated pub combo".The Spokane Chronicle's Jim Kershner wrote that "Sultans of Swing" is "remarkable, both for its lyrics that made fun of hip young Londoners and the phenomenal guitar sound of Knopfler", which "sounded like no other guitar on radio". Jon Marlowe of The Palm Beach Post called it "an infectious, sounds-damn-good-on-the-car-radio ode to every bar band who has ever done four sets a night, seven nights a week".
Writing in 2013 on the impact of the song, Rick Moore of American Songwriter reflected:


With "Sultans of Swing" a breath of fresh air was exhaled into the airwaves in the late ’70s. Sure, Donald Fagen and Tom Waits were writing great lyrics about characters you’d love to meet and Jeff Beck and Eddie Van Halen were great guitar players. But Knopfler, he could do both things as well or better than anybody out there in his own way, and didn’t seem to have any obvious rock influences unless you try to include Dylan. Like his contemporary and future duet partner Sting, Knopfler’s ideas were intellectually and musically stimulating, but were also accessible to the average listener. It was almost like jazz for the layman. "Sultans of Swing" was a lesson in prosody and tasty guitar playing that has seldom been equaled since. If you aren’t familiar with "Sultans of Swing" or haven’t listened to it in a while, you should definitely check it out.


The song was originally released in May 1978, but it did not chart at the time. Following its re-issue in January 1979, the song entered the American music pop chart. Unusually, the success of this single release came more than six months after the relatively unheralded release of the band's debut album in October 1978. BBC Radio was initially unwilling to play the song due to its high lyrical content but after it became a U.S. hit, their line softened.The song reached the top 10 in both the UK and the U.S., reaching No. 8 on the UK Singles Chart and No. 4 on the Billboard Hot 100 and helped drive sales of the album, which also became a hit.

Posted by MrGarabaldi at 1:00 PM