A little over 5 years ago, a British soldier was beheaded after he was hit by a car and pinned against a wall, y'all remember this image..? 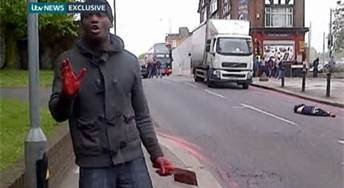 Yep, this is one of the guys that did it, that is blood from the soldier on his hands and butcher knife,and they did it because he was a British soldier and they were in England and to them it was ok to kill a British soldier in England because the koran told them it was "ok".  I was doing a bit of reading on my blog for older post and apparently I had posted a LOT about islam during my time as a blogger.   I also use an image from Voltaire to make a point.. 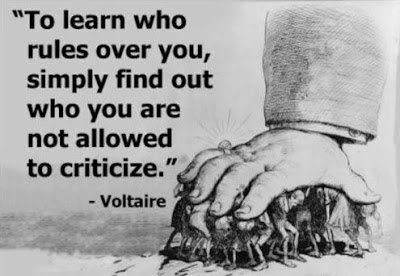 Apparently I haven't done my due diligence and criticized the religion lately.  Since the election of President Trump, the agitators of islam have been pretty quiet. with the exception of the palestinians, they are always pissed off.  I was reading some of the comments on the newspapers in England and even now they are so cowed by political correctness, you can't criticize islam or face charges in British court.
This makes absolutely no sense to me, you can't criticize islam or muslims in England or any EU country or get locked up.  You can criticize the catholic church or the anglican church and it be ok, talk about a double standard.  I did see that here in the United States where the DOJ during the Obama administration would sent lawyers and agents to intimidate people who criticized islam here in the United States, it kinda told me that islam is the unofficial state religion for the United States since it is the only one you can't say mean things about.

I got this from One of the British Newspapers


Five years ago today, May 22, 2013 had been just a normal day in the News Shopper newsroom.
In the morning we had been covering our usual mix of news, from a noisy dog to two new schools set to open.
Then the day took a dramatic and terrifying turn and it quickly became a day like no other.
3pm
It was just before 3pm when reports about a shooting in Woolwich came in.
A reporter was sent to the scene as it appeared something big may have happened - but the true horror of what was actually going on only began to emerge shortly afterwards.
Police cordons in place 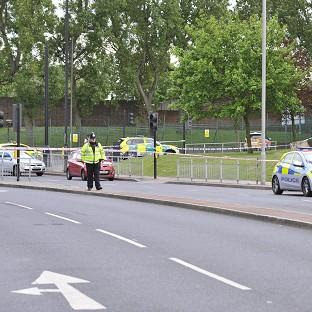 3.30pm
It was just after 3.30pm when a Met Police spokesman said officers were called to an “assault” on the street in Woolwich.
Disturbing rumours began circulating online, and things took a darker turn when News Shopper spoke to a witness.
The man said: “I heard they were trying to behead someone and were shot by police.”
4pm
After 4pm a graphic tweet from Boya Dee said they had seen a man “with his head chopped off right in front of my eyes”.
Soon photos flooded social media of two bloodied men armed with knives and a cleaver.
Air ambulance landing at the scene 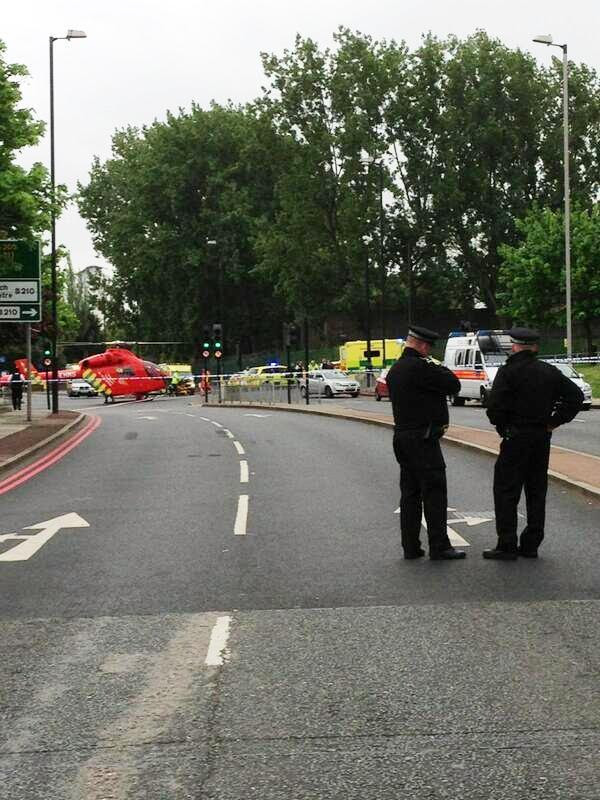 4.30pm
At 4.36pm news about what happened became clearer after the London Ambulance Service confirmed one man was pronounced dead at the scene.
The spokeswoman added that two other men, who we later learned were responsible for the murder, were taken to hospital.
5pm
It was after 5pm when we discovered more about the murdered victim.
Woolwich and Greenwich MP Nick Raynsford said he understood the victim was a serving soldier (later identified as Fusilier Lee Rigby) and the two men taken to hospital were the suspected killers.
The manager of Mann Food and Wine shop in Frances Street then said a car was used to run down the victim before “they got out and butchered him”.
The brutal attack took place 200 yards from the Royal Artillery Barracks, and at 5.45pm News Shopper reported the incident was being treated as a terrorist attack.
Flowers laid at the scene 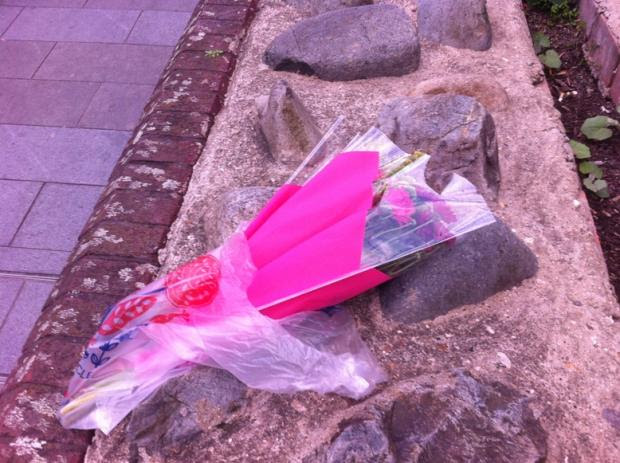 7pm
At 7pm a video emerged of a man with bloodied hands who said: “I apologise that women had to witness this today but in our land our women have to see the same.
“You people will never be safe. Remove your governments, they don’t care about you.”
Just before 8pm News Shopper wrapped up its live blog before more horrific details emerged over the next few days.
To look back at the live blog click here. Warning - graphic images and videos are included. 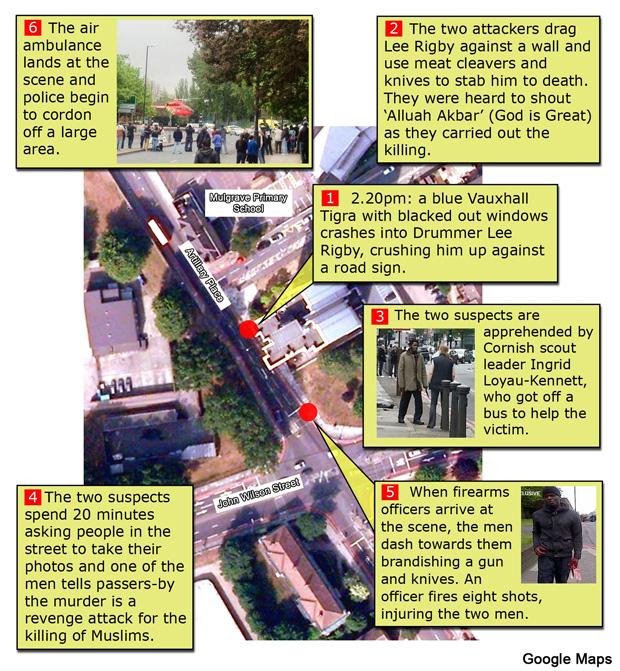 Later it was confirmed the killers were wounded by police gunshots before they were treated in hospital.
It is now five years since the murder of 25-year-old Mr Rigby, who was off-duty when he was attacked.
Lee Rigby 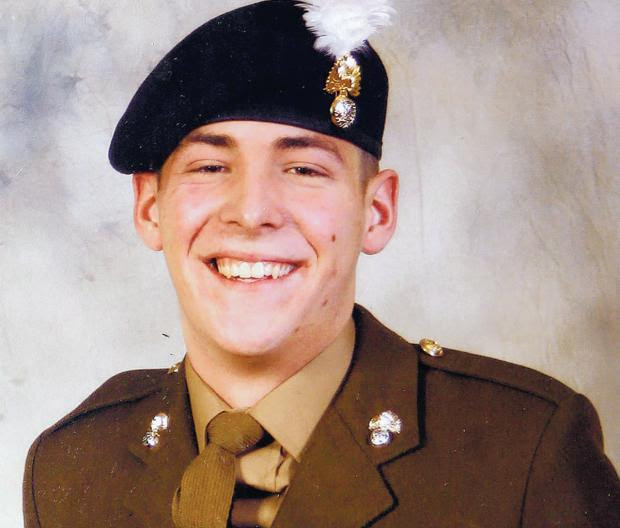 In December 2013 Michael Adebolajo and Michael Adebowale were found guilty of murder and were charged to life imprisonment and a minimum of 45 years respectively
Posted by MrGarabaldi at 2:00 AM