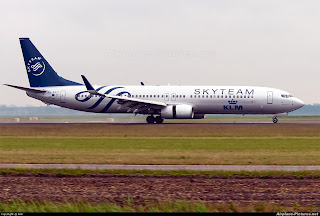 I work in the aviation field and here in Atlanta the hometown airline, Delta announced plans to purchase 100 new Boeing Boeing 737-900ER's from Boeing to replace the older Boeing 757, Boeing 767 and Airbus A319/A320's.   I work on both Boeing and Airbus as part of my job and I am pleased that they will buy the new Boeing airplane.  My experiences with Airbus, yes it is a good airplane, but parts are more expensive and you have to get them from Airbus and they tend to be difficult to deal with.  With Boeing we can get the parts very easily, but with Airbus, we invariably have to get the parts from Airbus in France and that cost more money plus we get charged a VAT.  That adds up the total cost and as a personal quirk, I like the pilot to be in total command of the aircraft.  In 2009 when the miracle on the hudson happened, the plane involved was an Airbus A320-214 type of airplane.  When Capt Sully flew through the flock of birds, the pitot tube which measures air temperature and pressure inside the engine was clogged with bird guts and the computer immediately idled the engines, as it was programmed to do because it detected no air movement or pressure.   Capt Sully performed an incredible feat with a crippled airplane.  But I am of the mindset that if he was in a Boeing 737 instead, he would have landed at LaGuardia because the pilot being aware would have overidden the computer and the plane would have limped in and landed on a runway rather than a river landing.
Posted by MrGarabaldi at 1:20 PM