My schedule and Mack's schedule finally meshed and I took a trip to the southern CMP office in Anniston Alabama.   We went Garand shopping, I have wanted one for a long time, I had one before and it was a Century Arms Incorporated purchase, basically a civilian made some really crappy receivers for Garand parts and I got snookered into buying one.  It was a Disaster, you can read the trials and tribulation of that rifle. 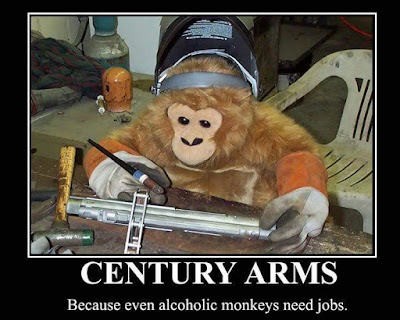 The end results is that it got parted out, was unsafe to shoot due to throat erosion and corrosion and other issues that it had and I didn't know of when I bought the rifle.
Well anyway I grabbed Mack from his domicile and we hit the road,  it was good spending time with my friend and fellow tribe member.
Well we got to the CMP in Anniston.. 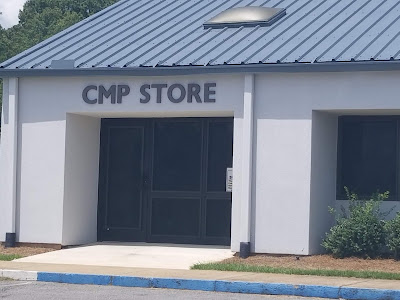 As we were walking up Mack commented "Wonder how the GI .45's are doing...."  We go through the first door and saw this sign... 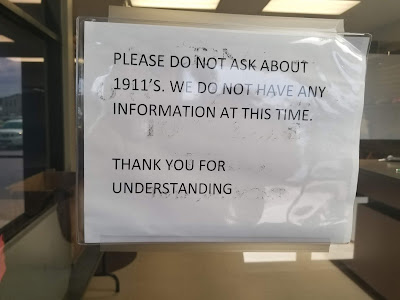 We chuckled as we read this and Mack answered "I guess it answers that question...", as we walked inside and saw this right off the bat. 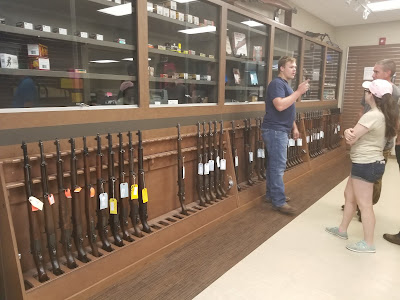 They were separated by grade and condition.    I looked at the other wall and saw this... 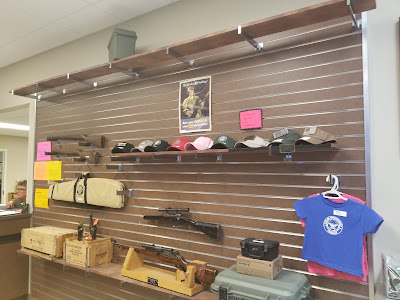 Some accessories and hats and shirts....and a real nice sniper Garand M1D type.

Well I was picking up rifles by price tag, I was governed by how much cash I had with me, and the prices were higher than the website indicated.  I had brought enough cash for a "Service Grade" rifle with extra left over the 10% Alabama sales tax.  but the price for the rifles were higher than expected.  As I was getting sticker shock, Mack found a "Winchester" Garand and told me to hang on to it, as he looked farther, he then found another one and told me to switch them.  I got the better one. 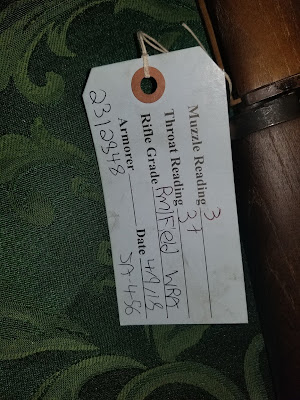 While we were doing this...the creator/inventor of the Garand, Mr. John C Garand was watching the proceedings... 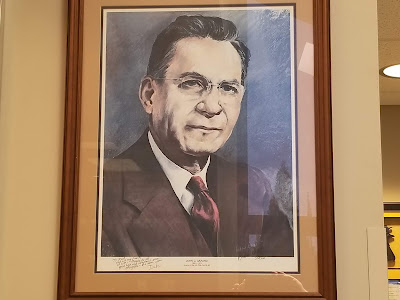 Well they finished prepping the rifle and I was filling out more paperwork and they got my rifle ready.. 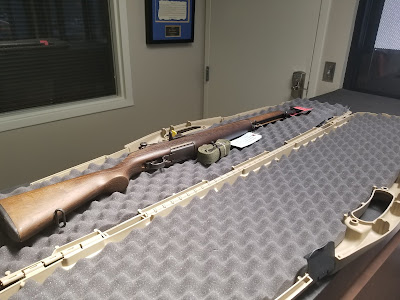 The really cool CMP case comes with the rifle...
Here is the serial number of my Garand, It is a Winchester Garand, and out of the 5.4 million Garands, Winchester only had the contract from 1943 to 1945 and made 65,000 rifles.. 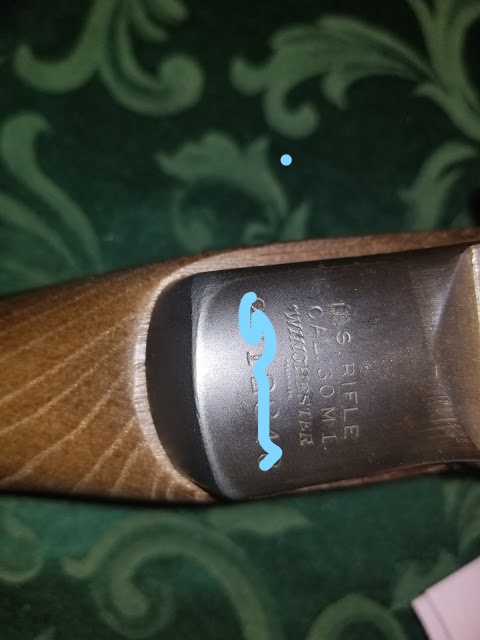 ..My rifle with the s/n squiggled out

and I have one...Mack choose real good.  I asked him about that later and he replied self depreciating "Well it is a certain skill set I have." 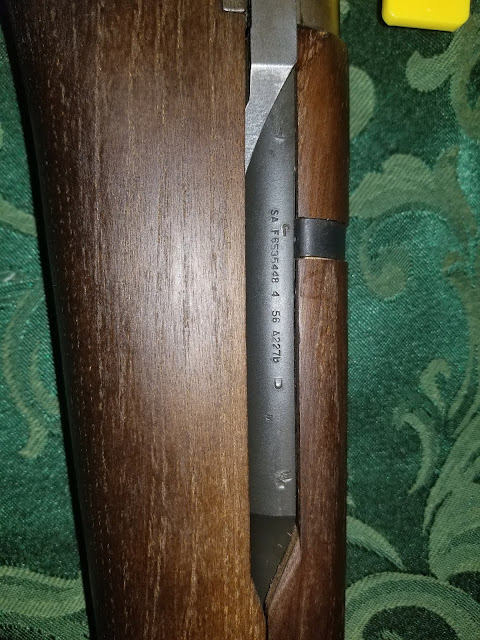 The rifle was rebarreled at Springfield armory in 1956. I wish I know what the rest of those marking mean.  I recognize the cartouche from the Ordinance department. 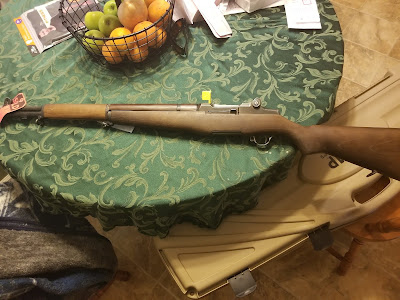 The rifle uses a really dark wood, the guy at CMP said it was really dense and because it is really dense, there is no cleaning storage rod compartment.  I was looking to ID the stock and apparently it is a Winchester lower Stock according to this Site, the "V" is in the right place and it is a long channel for the barrel compared to the Springfield stock, but the rifle does have a Remington operating rod, it has the RA marking, The Trigger group is from Springfield. but the stock has no cleaning compartment hole.  Is that normal?  The Stock might be this "Hackberry" stuff, I don't know..

All in all I am stoked that I finally have a good Garand, now I gotta find time to go to the range.
Posted by MrGarabaldi at 12:00 AM

Email ThisBlogThis!Share to TwitterShare to FacebookShare to Pinterest
Labels: Garand