Monday Music "Dust in the Wind" by Kansas

I decided to roll with this one for my Monday Music.  I remember when this song came out in the 1970's and listening to the lyrics, it actually scared the crap out of me...I was a kid 12 years old and the song was talking about "mortality" and that you "Dust in the Wind" and no matter what you do, "all you are is Dust in the Wind."  Man talk about heady stuff.  As I got older and wiser, the lyrics I understood better, "I understand the truth of our Existence" and it doesn't bother me.   I heard  this song on my Sirius/XM when I changed it off my 80's channel because it was playing Prince...I know the "Purple one is Dust in the wind" to run with a metaphor but they play his songs soo much that it actually is souring my on Princes's songs.  I know....I am a heathen....
And on a different note, I really like "Bill and Ted Excellent Adventure" it was a movie where a young Keanu Reeves was talking to "Socrates" and he used the lyric of the sing and "Socrates" in greek repeated the daytime soap "So from an hourglass so flow the days of our lives".   I thought it was a pretty neat hit on Popular culture.  I will see if I can find the clip on Youtube..

And I had to add the Mall scene with Genghis Khan, Socrates, Billy the Kid, Abraham Lincoln, Joan of Arc, Sigmund Freud and Beethoven...One of my favorite part of the movie.

"Dust in the Wind" is a song recorded by American progressive rock band Kansas and written by band member Kerry Livgren, first released on their 1977 album Point of Know Return.
The song peaked at No. 6 on the Billboard Hot 100 the week of April 22, 1978, making it Kansas's only top ten Billboard Hot 100 charting single. The 45-rpm single was certified Gold for sales of one million units by the RIAA shortly after the height of its popularity as a hit single. More than 25 years later, the RIAA certified Gold the digital download format of the song, Kansas' only single to do so certified as of September 17, 2008. 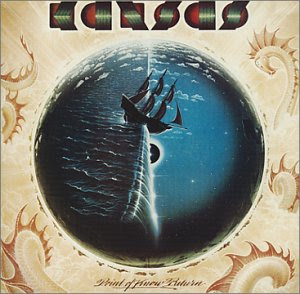 Singer/songwriter Steve Walsh left the group briefly during the recording of the album. In an interview on the weekly In the Studio with Redbeard radio show, he would admit that, at this point, he had been something of a prima donna and was attracted by the chance of a solo career.
"Dust in the Wind" is known for its sparse acoustic nature. The guitar line for the song was written by Kerry Livgren as a finger exercise for learning fingerpicking. His wife, Vicci, heard what he was doing, remarked that the melody was nice, and encouraged him to write lyrics for it. Livgren was unsure whether his fellow band members would like it, since it was a departure from their signature style. However he did offer it to them, and the song was accepted and then recorded.
The album is critically acclaimed for singles like "Point of Know Return", which was a late addition to the album. "Portrait (He Knew)" was written about Albert Einstein. In 1988, Livgren released an updated version of "Portrait (He Knew)" titled "Portrait II" as part of the album Prime Mover credited to his band AD. He changed the subject of the song from Einstein to Jesus Christ. "Closet Chronicles" is a Howard Hughes allegory.

A last-minute addition to the track lineup for Point of Know Return, "Dust in the Wind" would also be its greatest success.
The guitar line for this song was written by Kerry Livgren as a finger exercise for learning fingerpicking. His wife, Vicci, heard what he was doing, remarked that the melody was nice, and encouraged him to write lyrics for it. Livgren was unsure whether his fellow band members would like it, since it was a departure from their signature style. After he played the demo for the band, there was a "stunned silence" and the band asked him, "Kerry, where has this been?"
The title of the song is a Bible reference, paraphrasing Ecclesiastes:
A meditation on mortality and the inevitability of death, the lyrical theme bears a striking resemblance to the well-known biblical passage Genesis 3:19 ("...for dust thou art, and unto dust shalt thou return."), as well as to the famous opening lines of the Japanese war epic The Tale of the Heike ("...the mighty fall at last, and they are as dust before the wind.") and from a book of Native American poetry, which includes the line "for all we are is dust in the wind."
"Dust in the Wind" was one of Kansas's first acoustic tracks; its slow melancholy melody and philosophical lyrics differ from their other hits such as "Carry On Wayward Son" and "Point of Know Return". The guitar track comes from two guitarists playing six-string guitars in unison, one in standard tuning and the other in Nashville tuning, to create a chimy sound similar to a twelve-string guitar. The instrumental bridge contains a distinctive melodic line and harmony for violin and viola.
Kansas also released a live version of the song on their album Two for the Show and a symphonic version on Always Never the Same
Posted by MrGarabaldi at 4:00 AM