This song hit in 1990, but I didn't hear the song until I was in the Gulf and Armed Forces Desert Network would play the song.  It was haunting and sad all in the same vein, we were a bit bummed out being deployed and it kinda fit our mood during the buildup from shield to storm.  We didn't know what to expect and the song talked about loss of relationships, loss of opportunity and redemption.  Even now 28 years later it still is contemporary.


"The Dance" is a song written and composed by Tony Arata, and recorded by American country music singer Garth Brooks as the tenth and final track from his self-titled debut album, from which it was also released as the album's fourth and final single in April 1990. It is considered by many to be Brooks' signature song. In a 2015 interview with Patrick Kielty of BBC Radio 2, Brooks credits the back to back success of both "The Dance" and its follow up "Friends in Low Places" for his
phenomenal success. 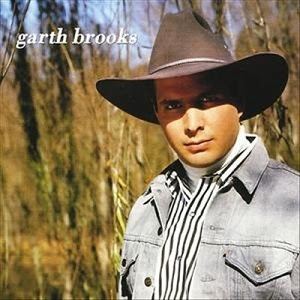 Garth Brooks is the debut studio album of American country music artist Garth Brooks, released on April 12, 1989 through Capitol Nashville. It was both a critical and chart success, peaking at #13 on the Billboard 200 and at #2 on the Top Country Albums chart. The album has been certified diamond by the Recording Industry Association of America (RIAA) for shipments over ten million copies. This is Garth's only album to have a neotraditional country sound before developing a more crossover-friendly country-pop sound.

At the opening of the music video, Brooks explains that the song is written with a double meaning - both as a love song about the end of a passionate relationship, and a story of someone dying because of something he believes in, after a moment of glory.

It was awarded Video of the Year at the 1990 ACM Music Awards.