"What I saw and learned in the Gulag system."

I have blogged a lot about the Kulaks as a description of the middle class, and as a warning of our political "betters" that believe that the middle class is a disruption of their attempts for political power.  Poor people that are dependent on the government for survival will do whatever they have to to keep themselves there including giving up their freedoms for the illusions of safety and security. 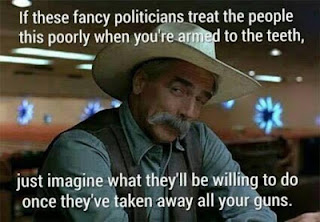 I was following a link and ran across the "What I learned in the Gulag system", and decided to add some information about the gulag system and some information about a couple of the more famous people in the system. Alexsandr Solzhenitsyn and Varlam Shalamov.   I have in the past had made comments as have many others during the time of the Obama administration about the modern day Gulags A.K.A "FEMA Camps", we have commented many times that we are on some .gov watchlist and we would be collected when the purges started and shipped off when the Obama Administration or the Clinton Administration Part II went after all the "Bitter Clingers".    This started as a history post and morphed into a Political warning post or was it vice versa.....

The GULAG was an administration body that watched over the camps; eventually its name would be used for these camps retrospectively. After Lenin's death in 1924, Stalin was able to take control of the government, and began to form the gulag system. On June 27, 1929 the Politburo created a system of self-supporting camps that would eventually replace the existing prisons around the country. These prisons were meant to receive inmates that received a prison sentence that exceeded three years. Prisoners that had a shorter prison sentence than three years were to remain in the prison system that was still under the purview of the NKVD. The purpose of these new camps was to colonize the remote and inhospitable environments throughout the Soviet Union. These changes took place around the same time that Stalin started to institute collectivization and rapid industrial development. Collectivization resulted in a large scale purge of peasants and so-called Kulaks. The Kulaks were supposedly wealthy (comparatively to other Soviet peasants) and were considered to be capitalists by the state, and by extension enemies of socialism. By late 1929 Stalin started a program known as "dekulakization". Stalin demanded that the kulak class be completely wiped out. This resulted in the imprisonment and execution of Soviet peasants. The term "Kulak" would also become associated with anyone who opposed or even seem unsatisfied with the Soviet government. This resulted in 60,000 people being sent to the camps and another 154,000 exiled in a mere four months. This was only the beginning of the dekulakization process. In 1931 alone 1,803,392 people were exiled. Although these massive relocation processes were successful in getting a large potential free forced labor work force where they needed to be, that is about all it was successful at doing. The "special settlers", as the Soviet government referred to them, all lived on starvation level rations, and many people starved to death in the camps, and anyone who was healthy enough to escape tried to do just that. This resulted in the government having to give rations to a group of people they were getting hardly any use out of, and was just costing the Soviet government money. The Unified State Political Administration (OGPU) quickly realized the problem, and began to reform the dekulakization process. To help prevent the mass escapes the OGPU started to recruit people within the colony to help stop people who attempted to leave, and set up ambushes around known popular escape routes. The OGPU also attempted to raise the living conditions in these camps that would not encourage people to actively try and escape, and Kulaks were promised that they would regain their rights after five years. Even these revisions ultimately failed to resolve the problem, and the dekulakization process was a failure in providing the government with a steady forced labor force. These prisoners were also lucky to be in the gulag in the early 1930s. Prisoners were relatively well off compared to what the prisoners would have to go through in the final years of the gulag. 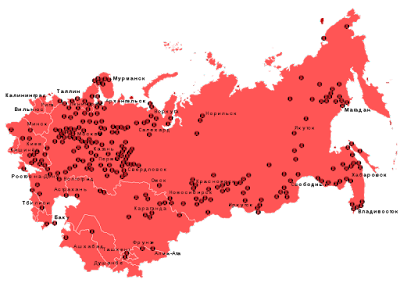 listen); acronym of Glavnoye Upravleniye Lagerej, "Main Camps' Administration" or "Chief Administration of [Corrective Labor] Camps") was the government agency in charge of the Soviet forced labor camp system that was created under Vladimir Lenin and reached its peak during Joseph Stalin's rule from the 1930s to the 1950s. The term is also commonly used in English language to refer to any forced-labor camp in the Soviet Union, including camps that existed in post-Stalin times. The camps housed a wide range of convicts, from petty criminals to political prisoners. Large numbers were convicted by simplified procedures, such as NKVD troikas and other instruments of extrajudicial punishment. The Gulag is recognized as a major instrument of political repression in the Soviet Union.
The agency's full name was the Main Administration of Corrective Labor Camps and Settlements (Glavnoye upravleniye ispravityelno-trudovykh lagerey i koloniy). It was administered first by the State Political Administration (GPU), later by the NKVD and in the final years by the Ministry of Internal Affairs (MVD). The Solovki prison camp, the first corrective labor camp constructed after the revolution, was established in 1918 and legalized by a decree "On the creation of the forced-labor camps" on April 15, 1919. The internment system grew rapidly, reaching a population of 100,000 in the 1920s. According to Nicolas Werth, author of The Black Book of Communism, the yearly mortality rate in the Soviet concentration camps strongly varied reaching 5% (1933) and 20% (1942–1943) while dropping considerably in the post-war years at about 1–3% per year at the beginning of the 1950s. 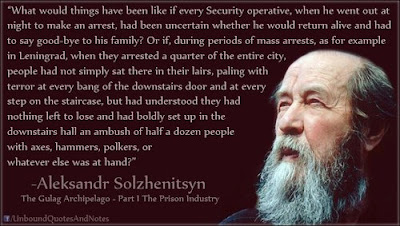 Aleksandr Solzhenitsyn, winner of the Nobel Prize in Literature, who survived eight years of Gulag incarceration, gave the term its international repute with the publication of The Gulag Archipelago in 1973. The author likened the scattered camps to "a chain of islands" and as an eyewitness he described the Gulag as a system where people were worked to death. Some scholars support this view, though this claim is controversial, given that the vast majority of people who entered the Gulag came out alive, with the exception of the war years. Although one writer, citing pre-1991 materials, claims that most prisoners in the gulag were killed, Natalya Reshetovskaya, the wife of Aleksandr Solzhenitsyn, said in her memoirs that The Gulag Archipelago was based on "campfire folklore" as opposed to objective facts. Similarly, historian Stephen G. Wheatcroft asserts that it is essentially a "literary and political work". Numerous other accounts from survivors state otherwise and the Mitrokhin Archive claimed that these memoirs were part of a KGB campaign, orchestrated by Yuri Andropov in 1974, to discredit Solzhenitsyn.However, this archive itself has its veracity in doubt; among other, more practical issues, by the same token with which Vasili Mitrokhin claimed the Soviet government would obviously be interested in discrediting Solzhenitsyn, Western governments would have as much interest in lending him credence.
In March 1940, there were 53 Gulag camp directorates (colloquially referred to as simply "camps") and 423 labor colonies in the Soviet Union. Today's major industrial cities of the Russian Arctic, such as Norilsk, Vorkuta and Magadan, were originally camps built by prisoners and run by ex prisoners.

Translated by Dmitry Subbotin and Robert Denis.
Posted by MrGarabaldi at 11:29 PM