Engine Not shut down in Flight 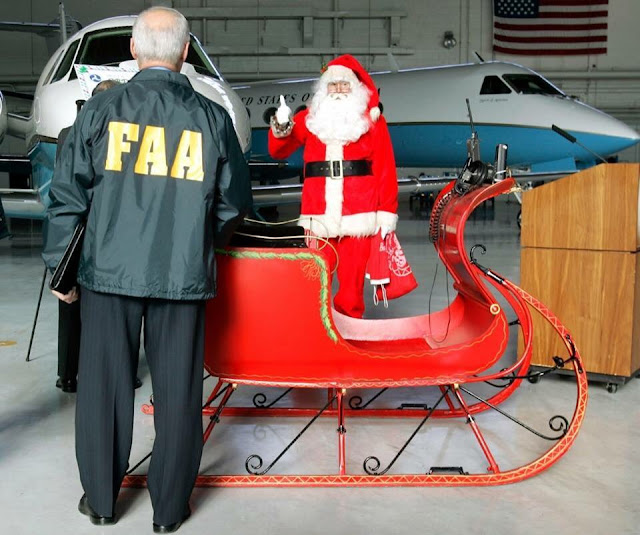 Santa sees the FAA inspector arriving for the annual flight test and immediately notices the inspector carries a rifle again. Thinking of the last years Santa talks to the inspector: "Could we omit the part with losing an engine this year?" The inspector points out the regulations requiring the test. So Santa tries again and offers a bet: "what if I jump higher than your house, of course without assistance by my reindeer Dasher, Dancer, Prancer, Vixen, Comet, Cupid, Donner, Blixem and Rudolph?" The FAA inspector thinks a while about it, well, what should happen? He lives in a 5 story house, it would be impossible to jump as high as this house, wouldn't it? So nothing to lose here, only to gain, the inspector thinks and therefore agrees, demanding that not only the test would proceed but Santa would give him the one present, that he never had received all life, his own jet, if Santa loses. "Didn't you receive this beautiful Boeing 320 Regional Jungle Jet last year that you can't use anyway?", he asks. Santa nods and accepts the challenge.

So they walk over to the inspector's house. Santa performs a couple of knee-bends to warm up and prepare for a really high jump, looks up the house aiming at the roof top, goes very deep into his knees, then accelerates upwards with big gesture and lifts off. After reaching a height of about one centimeter/half an inch he descends and lands safely with an elegant Telemark.

After a stunned moment of silence the inspector breaks down in laughter and can't stop anymore. After a couple of minutes he gasps: "I have won the bet! Where is my new plane?"