I hope everyone had a Very Merry Christmas and the New Year is around the corner.

I figured it would scar the alphabet boys if they come busting in and hearing a song about people standing for their beliefs and willing to fight for them no matter the cost, Good Music  unlike that crap they listen to now.  What can I say, My humor is warped....just a bit. Next week will be "Give it Up" by  Casey of KC and the Sunshine Band,  Now that should really cause some psych evals., hehehe, some poor ATF guy trying to explain the attraction to his mother because he is imaging himself as The savior of the American Way"  instead of the initials of a convenience store....But hey it is ATF...and they ain't right. 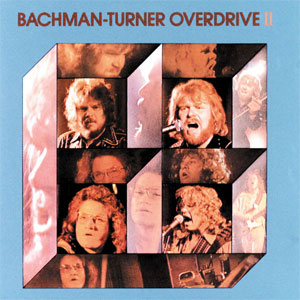 Randy Bachman had developed what would later become "Takin' Care of Business" while still a member of The Guess Who. His original idea was to write about a recording technician who worked on The Guess Who's recordings. This particular technician would take the 8:15 train to get to work, inspiring the lyrics "take the 8:15 into the city."

In the early arrangement for the song, which had the working title "White Collar Worker,” the chorus riff and vocal melody were similar to that of The Beatles' “Paperback Writer.” When Bachman first played this version for Burton Cummings, Cummings declared that he was ashamed of him and that The Guess Who would never record the song because the Beatles would sue them.[1]

Bachman still felt like the main riff and verses were good, it was only when the song got to the chorus that everyone hated it. While BTO was still playing smaller venues in support of its first album, Bachman was driving into Vancouver, British Columbia for a gig and listening to the radio when he heard local DJ Daryl B's catch phrase "We're takin' care of business." Lead vocalist Fred Turner's voice gave out before the band's last set that night. Bachman sang some cover songs to get through the last set, and on a whim, he told the band to play the C, B-flat and F chords (a I-VII-IV progression) over and over, and he sang "White Collar Worker" with the new words "Takin' Care of Business" inserted into the chorus. Recalled Randy: "When we finished the song that night, people kept clapping, stomping, and shouting 'takin' care of business' over and over. So we picked up the tempo again and reprised the song for another ten minutes. Afterwards, we all knew we had something."

After this, he rewrote the lyrics to "White Collar Worker" with a new chorus and the title "Takin' Care of Business.” Along with this he wrote a revised guitar riff, which was the I-VII-IV progression played with a shuffle. Bachman says he then handed over the lyrics to Fred Turner with the thought that Turner would sing the lead vocal. But Turner handed them back, saying Randy should sing the lead as it would give himself a needed vocal break when the band performed live.

The original studio version, recorded at Kaye-Smith Studios in Seattle, Washington, features prominent piano, played by Norman Durkee. Durkee was recording commercials in the next studio when sound engineer Buzz Richmond asked him to play on "Takin' Care of Business.” With paid-by-the-hour musicians waiting, Durkee had only a few minutes to spare. Quickly conferring with Randy Bachman, he scribbled down the chords, and, without listening to the song beforehand, recorded the piano part in one take.[4] The fact that Durkee wrote the chords down on a pizza box may have been the source of the long-standing myth – mischievously propagated by band members – that the part had been played by a pizza deliveryman who had heard the track being played back, and then cajoled the band into giving him a chance to add piano to it.

The song was recorded by Bachman–Turner Overdrive in late 1973 for their second album Bachman–Turner Overdrive II. It reached number 12 on the US Billboard Hot 100 (August 10, 1974), number 6 on the Cash Box Top 100, and number 3 on the Canadian RPM charts, and would become one of BTO's most enduring and well-known songs. "Takin' Care of Business" spent 20 weeks on the Billboard Hot 100, longer than any other BTO single.

In 2011, Bachman said it was the most licensed song in Sony Music's publishing catalogue. It is often referred to as "the provincial rock anthem of Manitoba." Bachman himself uses the song as the theme song for his CBC Radio music show, Vinyl Tap.

"Takin' Care of Business" has been used in multiple television shows and films, giving the song more recent popularity. It inspired the title of the 1990 comedy film Taking Care of Business, for which it was the theme song, and has been used in many other films, starring with Body Slam (1986), as well as major films like The Spirit of '76, The Replacements, A Knight's Tale, About Schmidt, Two Weeks Notice, Daddy Day Care, as well as the documentaries Inside Job and 20 to 1. It has also appeared on many television series such as The Wonder Years, Quantum Leap, That 70s Show, American Dad!, The Simpsons, The Sopranos, King of the Hill, Parks & Recreation, Arrested Development, Cold Case, Men of a Certain Age, Supernatural, and Hawaii Five-0 . It also appeared on the Cartoon Network show Regular Show, in the episode "Tent Trouble.” Also in Tom Greens "Subway Monkey Hour" as he peforms it in a street. The song "Takin' Care of Business" was also used in the commercials for Office Depot stores, which used the name of the song as the chain's slogan in the 1990s.