I figured it would scar the alphabet boys if they come busting in and hearing a song about people standing for their beliefs and willing to fight for them no matter the cost, Good Music  unlike that crap they listen to now.  What can I say, My humor is warped....just a bit. Next week will be "Taking care of Business" by  Bachman, Turner Overdrive,  Now that should really cause some psych evals., hehehe, some poor ATF guy trying to explain the attraction to his mother because he is imaging himself as The savior of the American Way"  instead of the initials of a convenience store....But hey it is ATF...and they ain't right.

I remembered this song hitting while I was in AIT at Fort Devens and got a lot of airplay during that time and when I got to Germany and I associate it with that time.  We also played it during Desert Storm on AFDN*Armed Forces Desert Network as our dedication to the Iraqi forces and we would be visiting them real soon.  How apropo that song would be.

"American Storm" is a song written by American singer-songwriter Bob Seger. It was recorded with The Silver Bullet Band and released in March 1986 as the lead single from their album Like a Rock. The single peaked at number 13 on the U.S. Billboard Hot 100 chart and at number 2 on the US Billboard Mainstream Rock Tracks chart. 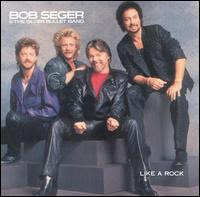 Like a Rock is the thirteenth studio album by American singer-songwriter Bob Seger, released in 1986 (see 1986 in music). The title track is best known for being featured in Chevrolet truck commercials throughout the 1990s and early 2000s. "Fortunate Son" is a live cover of the 1969 Creedence Clearwater Revival hit, recorded March 31, 1983 at Cobo Hall in Detroit. It was originally available only as the B-side of the American Storm single, and was added as a bonus track to the CD release of the album. The vinyl version ends with "Somewhere Tonight". The song "Miami" is featured in an episode of the TV series Miami Vice. This is the first studio album credited to "Bob Seger & the Silver Bullet Band" that doesn't feature the Muscle Shoals Rhythm Section replacing the Silver Bullet Band on any tracks.
Despite having sold upward of three million US copies, it has never been certified above Platinum status. 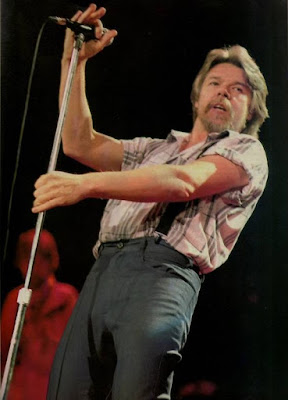 In 1986, Seger told the New York Times that the song is about cocaine abuse. "I wrote it after reading 'Wired,' Bob Woodward's biography of John Belushi. That was two and a half years ago, when there was a lot of publicity about cocaine abuse in show business. At the time, I thought that it was just a trend that would quickly die out and that the song would be out of date when it came time to record. But the situation has gotten worse. Maybe cocaine isn't quite as fashionable on the East and West Coasts these days, but the plague has spread into the heartland -- into the Middle West and the South. The key line in 'American Storm' is 'You never feel the need.' You never feel anything when you're on drugs. You're numb. You're afraid to feel for one reason or another, and that's why you turn to drugs. I want to see people not do that."

I tried to find the music video associated with this song, it was and it is nowhere on "Youtube"  I even cross referenced it with the actors and actresses and zippo.   My apologies to my readers.  I even tried to find a "Live version".  If I hadn't already said that I was going to use this song, I would have pulled it.

The music video featured Lesley Ann Warren, James Woods, Randy Quaid and Scott Glenn. It is designed to resemble soundtrack videos where scenes from the movie are intercut with the artist performing the featured song except in this instance, there was no originating movie. The video was directed by Brian DePalma, known for his features Carrie, The Untouchables and Mission: Impossible (film).