I am continuing to run with my cartoon characters.  I decided to roll with "Bill the Cat".  I first saw Bloom County in Germany, I used to buy comics at the Star and Stripes book stores that frequented the Army and Air force Kaserns.  I loved the comic strips, they were a bit irreverent and I liked it. 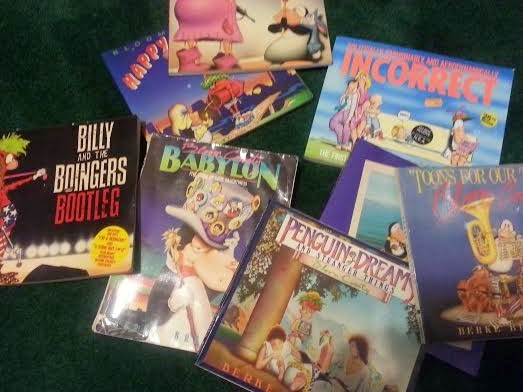 These are the comics that come from my personal collection.

This one I liked on the Liberal's   This cartoon was done on the early 80's when Reagan was gaining in popularity and people already had a brush with Nanny state 1.0 with Carter.

Bloom County was an unquestionably a 1980's cartoon strip.  it was part of the cultural lexicon and it also reflected the cultural norms of the time. 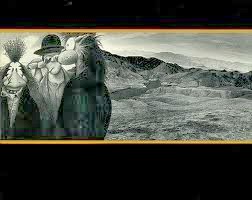 Bill the Cat, or Bill D. Cat, is a fictional cat appearing in the works of cartoonist Berkeley Breathed, beginning with the comic stripBloom County in the 1980s and continuing in Outland and Opus in the following decades. Bill also appeared in some of Breathed's illustrated children's books, including A Wish for Wings That Work, which was also made into an animated Christmas television special, and also on greeting cards and other sundry merchandise. The cat's most frequent spoken sentiments are "Ack!" and "Thbbft!", unlike most other animals (and children) in Breathed's work, who not only can speak English, but have advanced vocabularies. The former is a result of his regularly choking on hairballs, the latter sound an approximation of the "raspberry".

Bill the Cat is commonly seen as a parody of Jim Davis' Garfield (Milo Bloom appears to fear a visit from United Feature Syndicate'scopyright lawyers surrounding Bill's similarities to Garfield). Breathed has also described Bill as his attempt to create a character so repulsive that it would have absolutely no merchandising potential.[1] But surprisingly, Bill the Cat trinkets and figurines have sold in great quantity, and often appear in the strips.
Bill the Cat was inspired by a colorful economist named Bill Moore. Moore was a graduate assistant at the University of Texas at Austinduring the 1970s, and one of Berkeley Breathed's teachers. Recognizably wild-eyed (and one legged), Moore also became one of Breathed's friends. His name was inspired by a local homeless man of Iowa City, Iowa, who was dubbed Bill "The Cat". Nothing is known of Bill's whereabouts from the early 2000s onward. It is assumed he either moved to a different town, or, more likely, is deceased.

Bill the Cat's character was raised in Dubuque, Iowa, left for New York to become a film star and left his girlfriend, Sally, behind. Some of Bill the Cat's film roles include the leads in Orangestoke: The Legend of Bill, Lord of the Monkeys and Terms of Bill's Endearment. During this period, he drank heavily, used illegal drugs, and "free-based Tender Vittles" until his friends helped him to recover. On September 30, 1983, Bill drove his Ferrari into a cactus at 140 miles per hour, dying instantly in the crash (the media, not wishing to divulge the true nature of Bill's death, claimed that he died of acne). The only part of Bill that was salvaged from the wreckage was his tongue, which young genius Oliver Wendell Jones used to clone Bill and bring him back to life. In the latter months of 1984, Bill's bid for the American presidency was effectively ruined by his decision to run off and join (and end up leading) the Bhagwan Shree Rajneesh cult in Oregon, only to be "rescued" and deprogrammed several weeks later by a humorous application of the Ludovico technique (by forcing him to watch reruns of Leave It to Beaver.) In the video A Wish for Wings That Work Opus professes to have saved Bill from a lab where his brains had been replaced with tater tots. 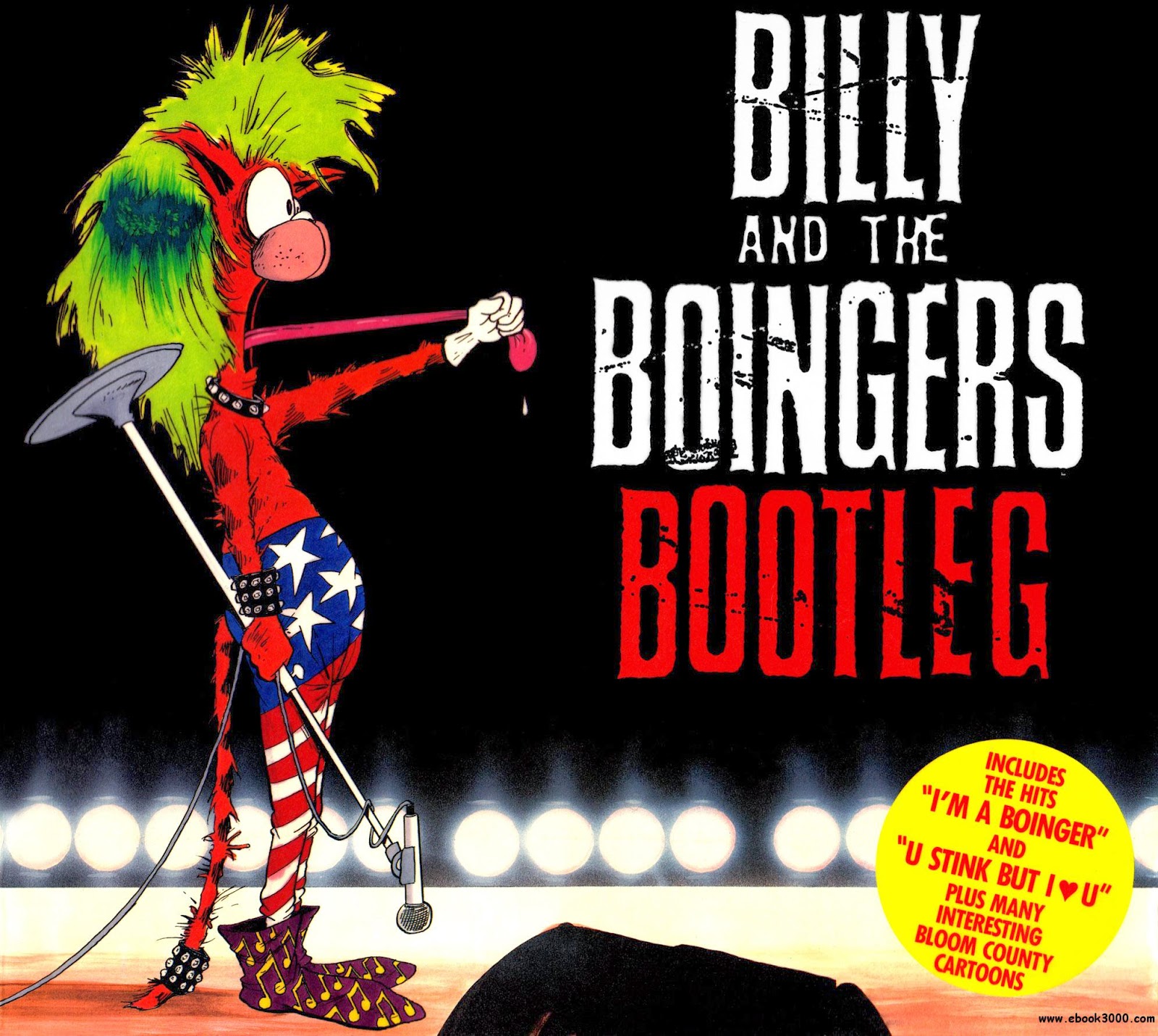 Bill spent time as an unintelligible rock star who sang and played "electric tongue" with his heavy metal band Deathtöngue, later Billy and the Boingers. Bill got rich when their song "U-Stink-But-I-♥-U" became a jingle for Wheat Thins, but he did not share the wealth with his bandmates. Although Bill was the front-person of Billy and the Boingers, the band excluded him and disbanded when it became public that he spent his nights staying up late, reading the Bible with a nun. After this incident, Bill became the televangelist"Fundamentally Oral Bill", parodying (and, in the Bloom County universe, rivaling) real-life televangelists such as Jimmy Swaggart, Jim Bakker and Oral Roberts.

Bill was accused of treason for sending secrets to the Soviet Union with the unwitting assistance of his lover Jeane Kirkpatrick. Secrets he sold included: Secret antiperspirant, the secret formula of Coke, the secret of the Sierra Madre, and the secret of George Bush's appeal (the secret being that he doesn't have any appeal). He was exchanged to the Soviets for accused spy Cutter John. While in Russia, he was responsible for the Chernobyl nuclear disaster, and was traded back soon afterward. The reason he stated for returning to the US was, as he put it, "to make some dough," although this reason was edited by Milo into the more PR-friendly "to once again walk the green grass of freedom." 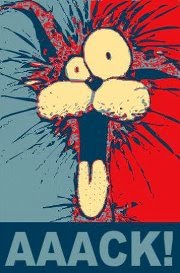 Bill the Cat twice won the National Radical Meadow Party's nomination to run for President of the United States, in 1984 and 1988, despite being dead in the first instance, and despite having a vocabulary that mainly consisted of "Aack!" He lost twice, once because of coughing up a fur ball on Connie Chung. In spite of this political affiliation, he embarked on a torrid love affair with Jeane Kirkpatrick, then was later used as the primary source for an illegal cat-sweat-based baldness cure. His brain was replaced with Donald Trump's(who had been hit with his yacht's anchor while sunbathing in New York Harbor).
Bill the Cat returned to comics in Berke Breathed's now canceled strip, Opus, which ran from November 23, 2003 through November 2, 2008. Given Bill's ostensible death and revival by tongue cloning (à la Sleeper), his carcass was suggested as the source of the recent BSE (aka "Mad Cow Disease") epidemic. Later, he was chosen as the new mayor of Bloom County. He got the message when he was playing Garfield at a mall promotion (the child in his lap asked her father if Garfield had died). Mayoral efforts for Bill and Opus involved forcing low-jeans teenagers to wear suspenders. Bill, however, lost an election a few months later because of an affair with Paris Hilton.
Posted by MrGarabaldi at 10:03 PM

Email ThisBlogThis!Share to TwitterShare to FacebookShare to Pinterest
Labels: cartoons