Monday Music "You can call me Al..." By Paul Simon

I decided to go with " You can call me Al"
I always thought this was a pretty cool song and the Video with Chevy Chase really added to it.  Remember this was the day when Chevy Chase was on top of the world, after his string of National lampoons movies. 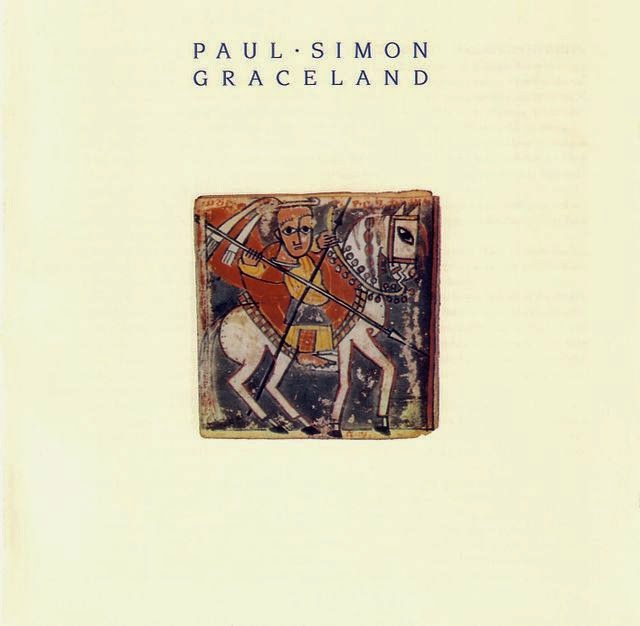 "You Can Call Me Al" is a song by Paul Simon, the first single released from his album Graceland. The song originally charted in the U.S. at No. 44 in October 1986 but it was reissued with greater promotion in March 1987 and hit No. 23. In the UK it peaked at No. 4, while in Sweden and the Netherlands it reached No. 2.
The lyrics can be interpreted as describing a man experiencing a midlife crisis[1] ("Where's my wife and family? What if I die here? Who'll be my role model?"). However, as Paul Simon himself explained during the Graceland episode of the Classic Albumsdocumentary series, by the third verse the lyrics move from a generic portrait-like perspective to a personal and autobiographical one, as he describes his journey to South Africa which inspired the entire album.
The song features a bass run performed by Bakithi Kumalo; the solo is palindromic as only the first half was recorded, and was then played backwards for the second half. The penny whistle solo was performed by jazz musician Morris Goldberg.
The names in the song came from an incident at a party that Simon went to with his then-wife Peggy Harper. French composer and conductor Pierre Boulez, who was attending the same party, mistakenly referred to Paul as "Al" and to Peggy as "Betty", inspiring Simon to write a song.[2]
Ladysmith Black Mambazo provided the "Mmmm Mmmm" backup vocals in the song, but are uncredited.
Arranger and keyboardist Rob Mounsey wrote and conducted the horn section arrangement, also uncredited.

Paul Simon did not like the original music video that was made, which was a performance of the song Simon gave during the monologue when he hosted Saturday Night Live in the perspective of a video monitor. A replacement video was conceived partly by Lorne Michaels and directed by Gary Weis, wherein Chevy Chase lip-synced all of Simon's vocals in an upbeat presentation, with gestures punctuating the lyrics.
The two men enter a pastel pink-walled room, sit down, and shake hands; Simon begins to sing, but stops and looks puzzled when Chase commandeers the vocal line instead. From time to time, Simon steps out of the room to bring in other instruments such as a bass guitar and conga drum for later use. He only sings to provide bass harmony on the "If you'll be my bodyguard" and "I can call you Betty" phrases during the chorus. Simon plays a penny whistle solo following the second chorus, after which the two men perform a rhythmic dance step in unison during the bridge, with Simon and Chase playing alto saxophone and trumpet, respectively. After the third chorus, Simon plays a conga drum solo, then switches to bass guitar for the fade-out instrumental and dance as the two men exit the room. He maintains a bored expression throughout much of the song, only showing enthusiasm when playing an instrument.
Posted by MrGarabaldi at 10:22 AM