I survived the vacation....

I survived the foray into the land of the mouse, and on the ship.  I am pleased...apparently scheduler did what it was supposed to.  I preloaded 4 days worth of stuff on blogger and it all went as it was supposed to.   All I can say, is that once you do a Disney cruise, all others pale in comparison.  All I can say is "Wow".  I went on one other cruise and that was in 2000 with carnival.  Big difference in quality and service.
We made a stop in Nassau, here is a pic of me in Nassau 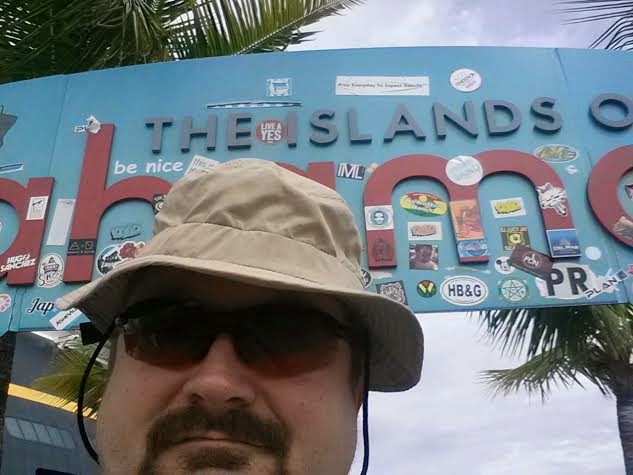 I spent several hours there and dodged the cuban cigar salesmen all over the place, I refused.  I spoke German or used a broken English accent with some German laced in them and they all thought I was a herm.  No problems with that, there are advantages to being multilingual.  I saw a lot of reggae bands playing on the sidewalk, the atmosphere was relaxed but I did notice any halfway decent car had a car alarm and all the shops had security.  Apparently crime is an issue.  I did see quite a few police in their "bobby" suits patrolling and I saw one poor clown being hauled away in handcuffs.  I wouldn't want to spend time in a jail, especially down there.  I saw a lot of tourist on condition "white", I noticed a few people really paying attention to the tourist, I spotted them, the predators with the minnows.  They noticed me watching them and they moved off.  I am surprised sometimes by the cluelessness of the tourist.  I will never if I can help it let somebody get inside my OODA loop. 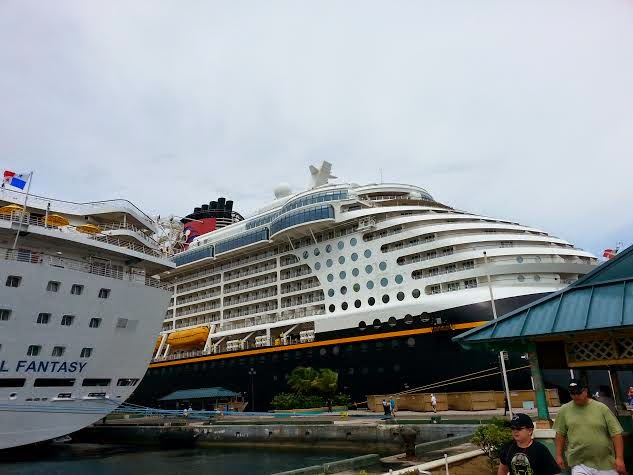 I will post more pics later on after they are uploaded to the cloud.

I will make some observations......1st off, nobody does it like Disney...we did a carnival cruise back in 2000.  No comparison.  They made it as painless as possible to move people around.  Something the .gov could learn from.
There were a lot of people from the south American countries there on the ship, as a rule I found them totally self absorbed and arrogant.  They thought nothing of cutting in line and berating the staff and generally acting like pricks.   I had to explain to my son that on those countries, there is a wide dichotomy between the rich and the others, there isn't much of a middle class.  So the only people that can afford a Disney cruise were the affluent ones.  They are used to having servants and hired help clean up after them and watch their kids.  And the attitude shows.  I had to use foul language on a couple of them.  Nothing brings in the kumbaya attitude like calling somebody an "idiot" in German, English, Spanish and Russian.  When they flat out cut in front of you and look at you like you are beneath them...Naaa,  I am a polite person almost to a fault My southern upbringing is strong, ...but I will not be a doormat. 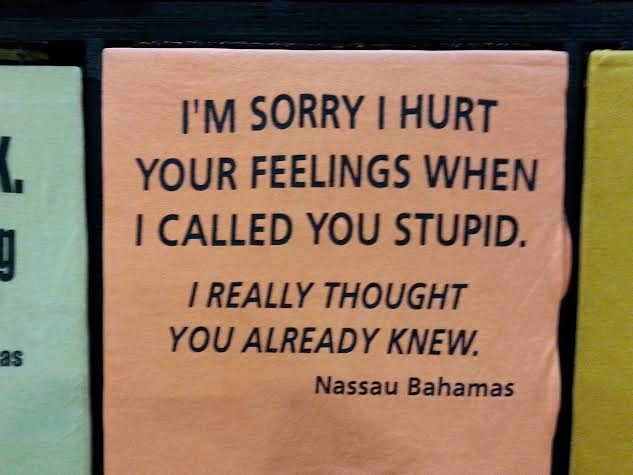 saw this and some other shock shirts down there, I will post those once I am home.  The bad thing about flying standby...you get bumped.  We just got bumped...again.   We may have to rent a car to get home unless we want to try tomorrow.  We will see.