I am putting this up on the scheduler,   While we were on vacation, we walked into the Christmas Store here in the land of the rodent and they had a bunch of cool shops on "Downtown Disney".  I saw this and wondered how they got started. 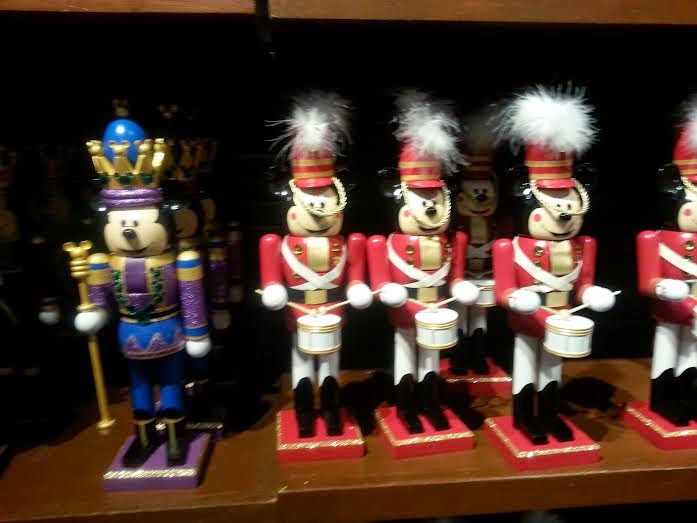 So I figured I would do a bit of research on the subject. 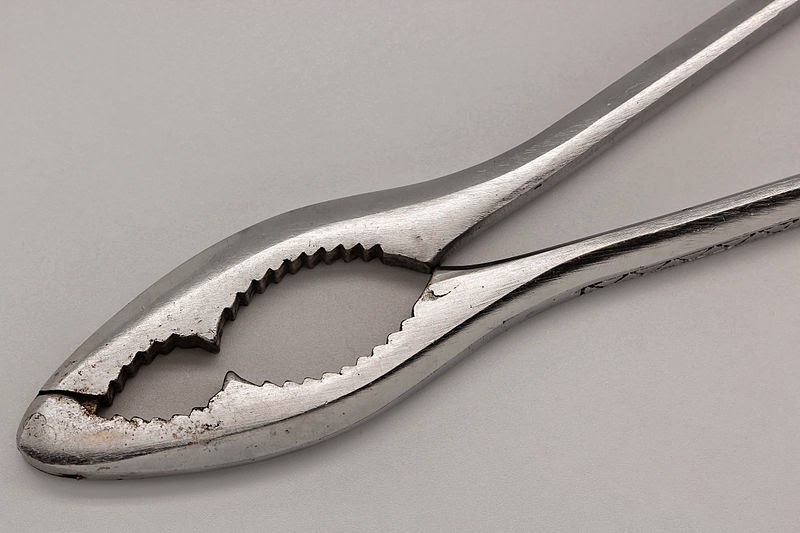 A nutcracker is a mechanical device for cracking nuts. The earliest use of the term nutcracker in English dates from 1481 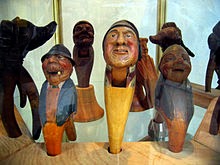 Manufacturers produce modern nutcrackers—designed to crack nuts—usually somewhat resembling pliers, but with the pivot point at the end beyond the nut, rather than in the middle. The spring-jointed nutcracker was patented by Henry Quackenbush in 1913.   These are also used for cracking the shells of crab and lobster to make the meat inside available for eating. 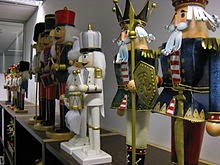 Nuts have long been a popular choice for desserts, particularly throughout Europe. The nutcrackers were placed on dining tables to serve as a fun and entertaining center of conversation while diners awaited their final course. At one time, nutcrackers were actually made of metals such as brass, and it wasn't until the 1800s in Germany that the popularity of wooden ones began to spread.
Parrots use their beaks as natural nutcrackers, in much the same way smaller birds crack seeds. In this case, the pivot point stands opposite the nut, at the jaw.
Some artists, among them the multi-instrumentalist Mike Oldfield, have used the sound nutcrackers make in music. 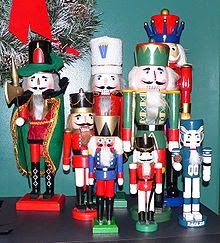 Nutcrackers in the form of wooden carvings of a soldier, knight, king, or other profession have existed since at least the 15th century. These nutcrackers portray a person with a large mouth which the operator opens by lifting a lever in the back of the figurine. Originally one could insert a nut in the big-toothed mouth, press down and thereby crack the nut. Modern nutcrackers in this style serve mostly for decoration, mainly at Christmas time, a season of which they have long been a traditional symbol.[2] The ballet The Nutcracker derives its name from this festive holiday decoration. The original nutcrackers were first seen in Germany and were thought to have guardian-like properties because of their strong appearance.
The carving of nutcrackers—as well as of religious figures and of cribs—developed as a cottage industry in forested rural areas of Germany. The most famous nutcracker carvings come from Sonneberg in Thuringia (also a center of dollmaking) and from the Ore Mountains. Wood-carving usually provided the only income for the people living there. Today the travel industry supplements their income by bringing visitors to the remote areas.
Steinbach nutcrackers have become popular in the United States as well, and the recreated "Bavarian village" of Leavenworth, Washington, even features a nutcracker museum. Many other materials also serve to make decorated nutcrackers, such as porcelain, silver, and brass; the museum displays samples.
Carvings by famous names like Junghanel, Klaus Mertens, Karl, Olaf Kolbe, Petersen, Christian Ulbricht and especially the Steinbach nutcrackers have become collectors' items.