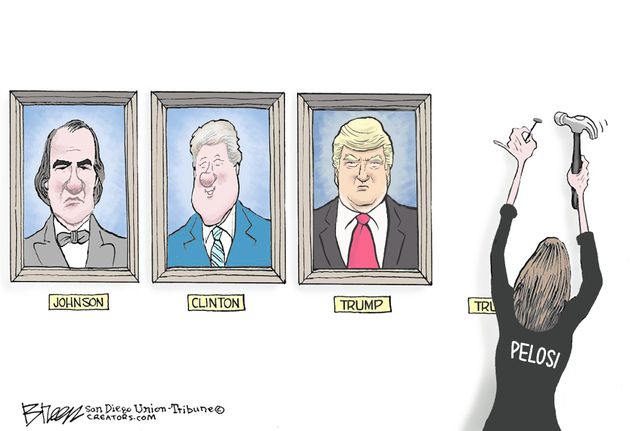 I am wondering how this will play out, I had wondered at the speed of the impeachment kangaroo court hearings by Nancy Pelosi and the lack of information, just "emotion" of "Orange Man Bad" and unfortunately 10 Republican Squishies crossed the line and voted with the donks to shank President Trump in this sham hearing.  I am pretty sure that they will have a lot of problem in the primaries in 18 months because a lot of voters will not forgive them for their lack of fortitude 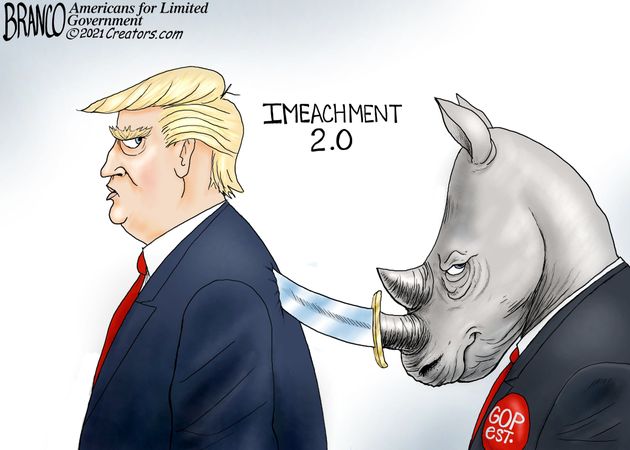 I shamelessly clipped this off the "American Thinker"

When you look back at the events on January 6, the way that those events played out makes perfect sense if your perspective is that you knew what was going to happen a few days in advance. Seen in that light, it’s a useful way to ensure that questions about the election are permanently relegated to the past.

We knew that there were going to be objections to several states' election results. We knew that Senator Cruz was among those who intended to object. I had read somewhere in the days before the 6th that he was going to suggest an emergency investigation that should take place before Inauguration Day.

After watching a video of Senator Cruz making his recommendations, I had explained to my 12-year-old son how that and that alone is exactly what this country needs to finally be able to put the “election fraud” argument to an end. I liked the idea because the investigation would be open to the public and extremely difficult to censor, if not impossible. The mainstream media and social media platforms wouldn’t be able to censor it and anyone that was truly interested in knowing the truth would have exactly that. Truth. In real-time.

While I didn’t know the details, I sent him an email thanking him for supporting the President. I’ve been writing to many Senator’s lately, it’s a new hobby of mine.

When the protesters appeared at the Capitol, almost as if on cue, the police opened the doors for this unruly crowd to enter. There are several videos showing this, as well as videos of the police inside just letting the “rioters” pass by. Then, for unknown reasons, a gun fires, and an unarmed woman wearing a Trump flag as a cape tragically loses her life.

Nancy Pelosi was hostile after the shooting and almost immediately claimed that it was the President’s fault. She publicly demanded that Congress immediately impeach a President who has less than two weeks left in office.

Joe Biden was equally as angry and felt the need to publicly claim that a BLM crowd wouldn’t have been treated as nicely as this unruly crowd of Trump supporters were. I was scratching my head on that one because it made absolutely no sense for him to make that speech at that time, or so I thought.

Now CNN has acknowledged that the events at the Capitol were planned before Trump spoke. There’s also footage of a CNN journalist embedded with a left-wing activist exulting “We did it.”

If anyone did have a part in rigging the last Presidential election, they got a break from what would have been an investigation with a certain level of transparency. One could say that they’re very fortunate in fact. I’m not sure why someone hasn’t hypothesized this already, because it was the first thing that crossed my mind and I’m not a racist.

Posted by MrGarabaldi at 9:00 PM