Sick As a Dog

I preloaded my blog on Monday, all the way to Friday.  I was feeling under the weather and getting worse. 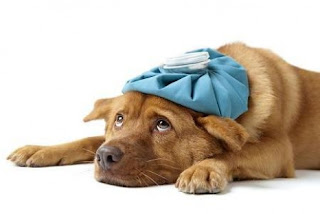 The phrase “sick as a dog” is credited as first being used back in 1705, probably in Europe.
In this time period, dogs were not seen as the human companions they are now. They were not given medical treatment and mostly left to live or die naturally outdoors.
They would not have ever received any type of medical treatment and because in these times we did not have such advanced medical technologies or even the same understanding of the world, human bodies and much less canine biology, humans often associated unpleasant things with dogs.
Back in these days, disease and misfortune was as easily blamed on stray dogs as it was anything else.
The term generally meant “very sick” or “physical unhappiness”
Here is a link to read more:
World Wide Words: Sick as a dog
As far as me goes...I got tested last week for the 'Rona because my wife popped positive and I popped Negative, but I started feeling like crap afterwards...It was the old style test that takes several days.  Well I haven't been hardly on the computer except to join in on Old NFO youtube session one time and that took it all out of me.  I have been running a low grade fever and headaches since Tuesday.  I spend all of my time bundled up and sleeping.  I think I tested too soon.  In case people are wondering why I haven't been commenting much on other blogs...that is why.    Go visit the people on my side bar....they are a lot better than I am.
Posted by MrGarabaldi at 3:30 AM

Email ThisBlogThis!Share to TwitterShare to FacebookShare to Pinterest
Labels: sick