I have been really busy and unable to post like I want, This showed up in my email and I really liked the stuff from JPFO.org, I have been posting things from them since I started blogging back in 2011 and they are hard core 2A supporters and their material is first rate. 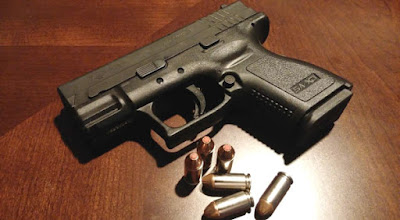 A recent report looks to see if laws restricting the right to keep and bear arms might have effects on homicides and suicides not caused by guns. They found no increase or decrease in non-gun homicides associated with changes in gun related homicides, and the data regarding suicides were too sparse to be useful. Their report was based on examining a series of earlier studies.

To the authors’ credit, they noted that some experts describe a substitution effect, that is, a person not killed by a firearm may instead be killed by some other form of violence. They cite several previous studies finding that those not suiciding by shooting are likely to do so by other means, and that homicides not committed by shooting will probably occur by other means.

There are however a number of problems with the publication. The authors seem to see all homicides as bad, and never mention justifiable homicides. These often involve self-defense, or appropriate actions by police or bystanders to protect the innocent. The researchers seem to assume that any reduction in homicides is desirable, ignoring the injuries, arsons and assaults prevented by the appropriate use of force.

A recent DRGO contributor noted the existence of many dozens of peer-reviewed academic studies conducted by a wide range of authors suggesting that widespread gun ownership deters crime. He pointed as well to a specific instance in which children died needlessly because security officers were unarmed. In this school shooting, in which many children lost their lives, the justifiable homicide of the shooter would have avoided heartbreak for families and prevented the school career of many teenagers from ending in a mournful trip to a cemetery.

Academics have found evidence that Right-to-Carry laws deter violent crime, including rapes and murders, and also lower burglary rates, while restrictions on concealed carry laws may increase the number of people who are murdered. Having a firearm is especially important for women, who are typically smaller and not as strong as those who attack them—being armed can compensate for this difference. Reports of homeowners using guns to defend against intruders are reported daily. Since intruders are often young men, it’s common that the occupant of a household are less physically powerful, and thus a justifiable homicide by a firearm prevents death or injury at the hands of a criminal.

In evaluating the studies they cite, the authors don’t acknowledge that many people without access to a gun who kill themselves by other means are misunderstood as having died accidently. Examples include drug overdoses, single car "accidents" and walking into traffic. Drug overdoses in particular can appear accidental when in fact they are really suicides; motor vehicle accidents involving only one driver are often really suicides.

Failure to recognize these suicides for what they are masks the fact that those who don’t use a gun to kill themselves do so using other methods. This minimizes the impact of reductions in suicides by gun increasing suicides by other means, and erroneously inflates the percentage of suicides involving a firearm. Difficulties distinguishing suicides from other forms of violent death, such as accident or murder, have been described in a number of publications. Interestingly, a recent research endeavor using complex statistical techniques to examine risks for suicide identified problems with depression as the primary predictor, with no mention of access to firearms.

The takeaway message is that relationships between homicide, justifiable homicide, suicide and firearm availability are complex. But the intent of murderers and suicide victims are almost always discernible. It is elementary foolishness to blame inanimate objects for how people choose to act.

Posted by MrGarabaldi at 9:25 PM

Email ThisBlogThis!Share to TwitterShare to FacebookShare to Pinterest
Labels: JPFO