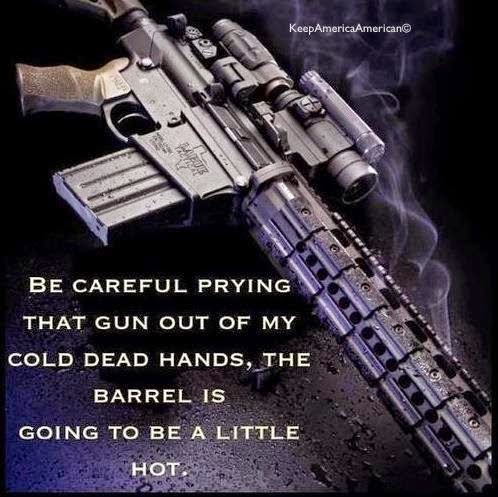 To many in America, this might be a reality, we have decided if the time comes and the .gov colossus decides to finally implement the confiscation of firearms to further their goals of a "Utopia over the hill" if all the old nasty guns are gone and the government can act..."In our best interest" of course because "Our Betters" know what is best for us old nasty serfs.  This is feudalism and this was what ruled Europe during the middle ages, before the rise of the merchant class(read middle class) and the magna carta helped check the power of the royalty.  We as western based peoples have been raised to believe that the individual is sacrosanct, and that the government is to help you not rule you.  Now we have people in government that believe that they should be our rulers, the government is the master and the people are the servants
This is anathema to a free people. The West is based on Greco-Roman principles of law and individuality , our system is built this way.  In other areas of the world, it matters what race, tribe,family you belong to, and you as an individual are subservient to that goal.   This ties in our individual right of self defense against tyranny, 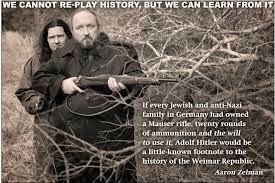 This is what happned when a western based society stripped the God-Given rights of self defense from their citizens all in the name of "Public safety".  the Gestapo was able to exterminate 6,000000000 Jews plus other "undesirables".  With no means of defending themselves people were 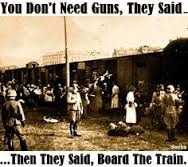 I remember the Warsaw rebellion in history class, before they sanitized it for later generations, the German had crowded the Jews into the ghetto and were planning on killing them off because the Soviets were almost to Warsaw.  the Jewish residents of the ghetto had stolen rifles, made home made rifles and other weapons and when the SS came for them, they made a fight of it.  the Jews had nothing to lose, if they lost, they would go to Treblinka, Auschwitz and other places and exterminated.  They forced the Germans to fight for each house and blocks. the resources that the Germans had to expend against the ghetto was resources that they had to pull away from the Soviets.  Stalin showing his gratitude, stopped his armies outside of Warsaw and let the Jews fight, he wanted to make sure in the post German era, there would be no resistance to his plans to set up a puppet government in Poland answerable to the Kremlin.
If they came for me, they would have a fight, I would rather die as a free man standing for my beliefs than die on my knees as a slave.  this is the difference between us and many others.  We believe in our God-Given rights and will not go into that long night quietly.
Posted by MrGarabaldi at 12:00 PM