I had in the past have gone with "traditional" Music, 2 years ago, I had used "Do they know it is Christmas" by Band Aid and last year I went with Bing Crosby and David Bowie with "Little Drummer Boy".  I consider those songs "Iconic: Christmas Songs.  This year I decided to go with something new and different.....I heard a track from "Celtic Women" and I was mesmerized.  There is something haunting and sends chills down my spine when I hear songs like this.   There is something about a group of people able to sing in symphony and play off their voice strength.  I really thought this was very good.  I remember what it was in the late 90's when the Celtic movement hit the states when we had "Riverdance" and others like that.  it was nice to see the culture no longer be submerged and I like that. 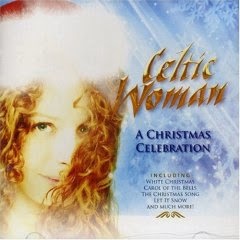 Celtic Woman: A Christmas Celebration is the second album from the singing group Celtic Woman. The album's main vocalists are the same five women who were first featured on the PBS music special of the same name: Méav Ní Mhaolchatha, Órla Fallon, Lisa Kelly, Chloë Agnew and Máiréad Nesbitt. The album was certified Gold by the RIAA in December 2009, for sales of 500,000, and certified Platinum in November 2011 for sales of 1,000,000. 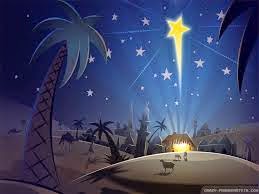 O holy night! The stars are brightly shining,
It is the night of our dear Saviour's birth.
Long lay the world in sin and error pining,
'Til He appear'd and the soul felt its worth.
A thrill of hope, the weary world rejoices,
For yonder breaks a new and glorious morn.

Led by the light of Faith serenely beaming,
With glowing hearts by His cradle we stand.
So led by light of a star sweetly gleaming,
Here come the wise men from the Orient land.
The King of Kings lay thus in lowly manger;
In all our trials born to be our friend.

Truly He taught us to love one another;
His law is love and His gospel is peace.
Chains shall He break for the slave is our brother;
And in His name all oppression shall cease.
Sweet hymns of joy in grateful chorus raise we,
Let all within us praise His holy name.