Islam don't have a sense of humor....

I have on my blog a quote from Charleton Heston that stated that "Political Correctness is Tyranny with manners".  I havn't made any comment about Islam lately...they call Islam the Religion of Peace...There is a piece of you here and a piece of you there......   Anyway, It is very condescending to treat people this way..if you can't laugh, you are too uptight.  The people that bash Islam are pilloried, threathened with a Fatwa and other items from having the department of justice investigate you if you say something that isn't complementary to Islam.  Here in America, we are supposed to be open to all religions, and all can practice here. but certain religions are elevated, the unofficial religion for the United States is Islam.  That religion has special protections under the law that all others don't have.   But Because radical Islam is not compatible with free, Western societies, the followers of that faith take joking very seriously. Their prophet can’t be depicted in cartoons and liberals who applaud Christian-bashing “art” are never brave enough to mock Islam.

There was an English writer that had commented one time that a good test of a good religion was if you could make jokes about it.  Mr Chesterton made that quote a while back.  Mr Cleese who is famous for his roles with Monty Python and other roles made a comment.


For something completely different, watch (above) as Cleese discusses political correctness with Bill Maher. When Maher noted that Islam is a religion that you can’t joke about in public, John Cleese replied that you CAN but

It just means that they’ll kill you. Theoretically you could. 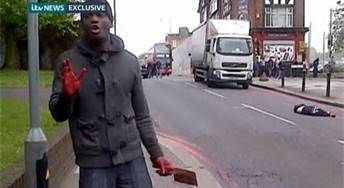 The problem is if you make jokes about people who are going to kill you, there is a sort of tendency to hold back a little, isn’t there? 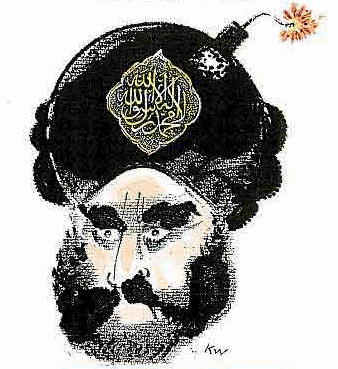 The cartoon that a few years ago got a "fatwa" against the artist for "insulting Islam
.

Posted by MrGarabaldi at 9:49 PM