How our neighbor up north viewed our elections and aftermath.

I saw this in an email my Dad sent out.   I am shamelessly cutting and pasting this.   This person said it far better than I could. 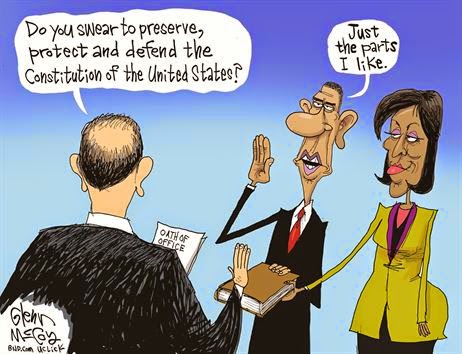 By Marc Patrone, Sun News network
America is on the edge of a second revolutionary war.
It may not be bloody like the first one, but it will be hugely important.
Some might suggest it’s more a civil war, but with liberty and the constitution hanging in the balance, revolution seems a more appropriate comparison.
There are no British troops or monarchy to fight this time.
The ‘shot heard around the world’ wasn’t fired from a musket, it came from the ballot box.
Americans have taken a long hard look at the kind of fundamental transformation promised by Barack Obama and the Democrat party and they want nothing to do with it.
The Republican victory suggests Americans are more than just unhappy with the direction the country is headed.
Such was the devastating scope of the electoral debacle for the Democrats that it appears Americans are mobilizing for war against the Obama agenda.
They are only now truly beginning to understand the threat to liberty he presents.
What’s so deeply troubling, albeit not entirely unexpected, is the disdain, arrogance and contempt  with which this president dismissed the results.
“So to everyone who voted, I want you to know I hear you. To the two-thirds of voters who chose not to participate in the process yesterday, I hear you, too,” he said.
Meaning what?
He seems to be suggesting that by not voting, the majority of Americans agree with what he’s doing.
Terrifying? You bet.
It’s taken six years, but the ugly truth about Obama’s contemptuous attitudes toward the people who elected him twice is becoming all too evident.
Lame duck? Guess again.
The man probably realizes that a chance to remake the U.S. according to his far left view of the world may not come around again.
His time is running out. Obama’s ‘nuclear’ option is amnesty for millions of illegals.
He expects those illegals will become dependents of the state, thus stacking the electoral deck in favour of Democrats by promising the new ‘wards of the state’ a suite of entitlements.
The depth of this destructive agenda is clear, rip off trillions in wealth (which Obama believes was stolen anyway)  and give it to those whom he considers ‘victims’ of capitalism.
The beneficiaries will naturally reward the progressive left with voter support into perpetuity. Viola, the progressive dream of a one-party state is realized.
This has been decades in the making. The left has infiltrated, corrupted, and subverted the institutions that had, up to now, served as pillars supporting freedom, democracy, and prosperity.
The bulk of what was once a free and independent media has been reduced to little more than an arm of the Democrats.
That tens of millions of Americans are flocking to Fox News, Conservative talk radio and online news sites is heartening but doesn’t change the fact most TV, print media outlets are in an advanced state of putrid, cancerous liberal rot.
The same cancer has undermined the school system, ‘big labour,' the environmental movement, and the Hollywood culture machine.
Even capitalism itself has succumbed to the lure of easy government money, power and cronyism.
So who is left to fight for freedom? The rest of America.
Obama will attempt to ram through amnesty, climate change, wealth redistribution and he will ignore the constitution to do it.
Republicans have assured Obama impeachment is off the table. And so the battle lines are drawn.
Fasten your seatbelts Canada, we’re about to get a front-row seat to the battle for the soul of America and indeed the free world.
Let’s hope that, as in the first revolutionary war, that the right side wins.
If it doesn’t, we all lose.
Posted by MrGarabaldi at 11:00 PM