I will bounce around a bit, but it is like that...
First off.....Well the DOD finally decided to give the soldiers who were wounded by Major Hasan screaming "Allahu Achbar" and wounded a bunch of them at Fort Hood back in 2009.  Well the Obama administration called it "Workplace violence"  and denied them any VA claims and all other benefits a soldier gets when wounded by the enemy.  Major Hakim was a U.S. Army Officer that was an adherent to Islam and decided to kill a bunch of Infidels that were fixing to deploy to the middle East.   The issue has been contentious since the 2009 attack, with victims and their family members saying Army Maj. Nidal Hasan’s shooting spree was clearly linked to the broader war on terror that the U.S. is fighting overseas 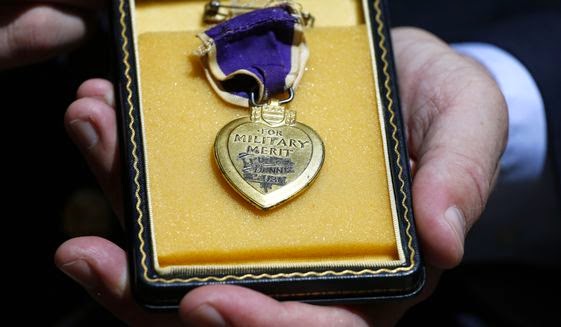 Hasan shouted “Allahu akbar,” Arabic for “God is great,” while going on his shooting spree that left 13 dead and more than 30 injured. In testimony, the American-born Muslim said he was receiving assistance from foreign terrorist sources, and an FBI investigation found he had been emailing with Anwar al-Awlaki, an al Qaeda leader who was killed in a 2011 drone strike in Yemen.
Hasan was sentenced to the death penalty in 2013, but the appeals process is expected to last for years if not decades.
The new medal criteria will apply to all military members injured or killed at Fort Hood as well as to two soldiers attacked in a 2009 shooting outside an Arkansas recruiting office, Mr. Carter said.
Sen. John Cornyn, Texas Republican, called the change “long overdue.” An aide said Mr. Cornyn will push the Pentagon to award the Purple Hearts as soon as possible after the defense bill is signed into law.
“This close-knit community has endured great loss in recent years, and I am pleased we are now one step closer to delivering this important piece of justice to the victims and their families,” Mr. Cornyn said in a statement.
The House is expected to vote on the defense bill this week and send it to the Senate for consideration next week.
Under current law, Purple Hearts can be awarded to members of the military who are killed by an enemy in battle or wounded severely enough to see a doctor. The issue, Mr. Carter said, is that those who opposed this change don’t believe the base near Killeen, Texas, is an “official battlefield.”
The administration officially classified the attack as a case of “workplace violence,” which some speculated was an attempt to not contradict statements from the president that al Qaeda’s influence was shrinking.
The Pentagon said in a 2013 letter that changing the medal criteria to include victims of Fort Hood could affect the integrity of the Purple Heart and “irrevocably alter the fundamental character of this time-honored decoration.” Defense officials also worried deeming the shooting an act of terrorism while legal proceedings take place would strip Hasan of his right to a fair trial.

I did a post a few days ago where a couple of reporters decided that it would be a good thing to publish Darran Wilson address for all the SJW's out there....Well I and many others considered that really crass and have since published her address to the internet also.   Apparently she is complaining to the Chicago cops that she is being harassed and having food orders sent to her address.  Well some more information came out there.... 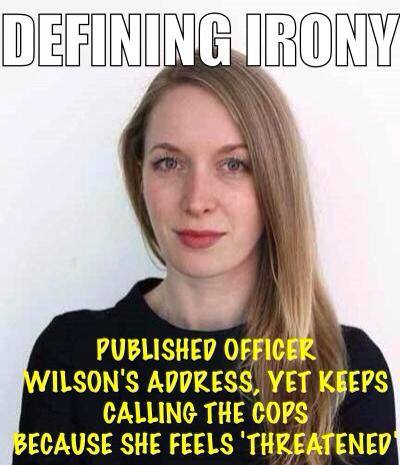 5620 N WAYNE AVE APT 2
CHICAGO, IL 60660-4204
COOK COUNTY
Julie Bosman, the leftist New York Times hack who published Darren Wilson’s address in the Pravada of American apparently has a husband Jeremy L. McCarter who works for the Eric Holder Department of Justice. This makes her posting of Darren Wilson’s address that much more curious, or maybe it explains why it happened. This might also explain why Eric Holder wants to jump ship from the Obama regime, before more truths so coming out about his racist agenda.
REPORT: NYT reporter Julie Bosman’s husband works for Eric Holder’s Justice Department….

"Sources inside CPD say that Julie Bosman demanded a level of protection afforded A-List celebs and dignitaries, but an investigation revealed that she was not in any danger, and deserved no more than extra attention paid to her address by patrol.

"Despite hundreds of phone calls and not a few unsolicited delivery food sent to her Chicago home Bosman “wasn’t under any real threat” says a Chicago police officer.

“She came in thinking she was Steven Spielberg or something shooting a movie” demanding all kinds of protections says a law enforcement source with knowledge of the Chicago police. “The police laughed at her.”

And speaking of Ferguson, here is the picture that the media have presented about Michael Brown... 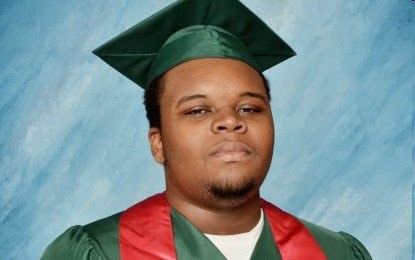 But here is a picture of the "Gentle Giant" of Ferguson that I am sure that the media will not use.  Gotta support the narrative that the Police shot an innocent unarmed kid 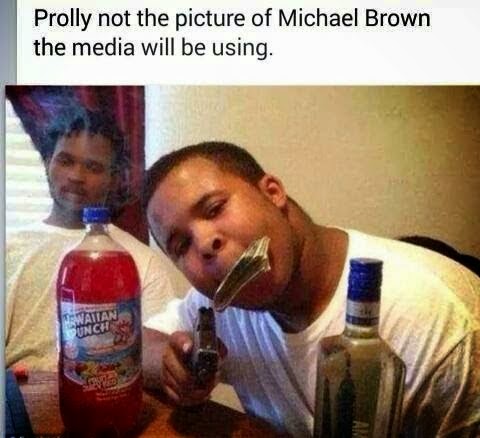 We live in interesting times and I am hearing more rumblings about Hillary ramping up her Presidential run...Her last video with the cowboys and horses was a bit much......We figure her press agent is this gentleman: 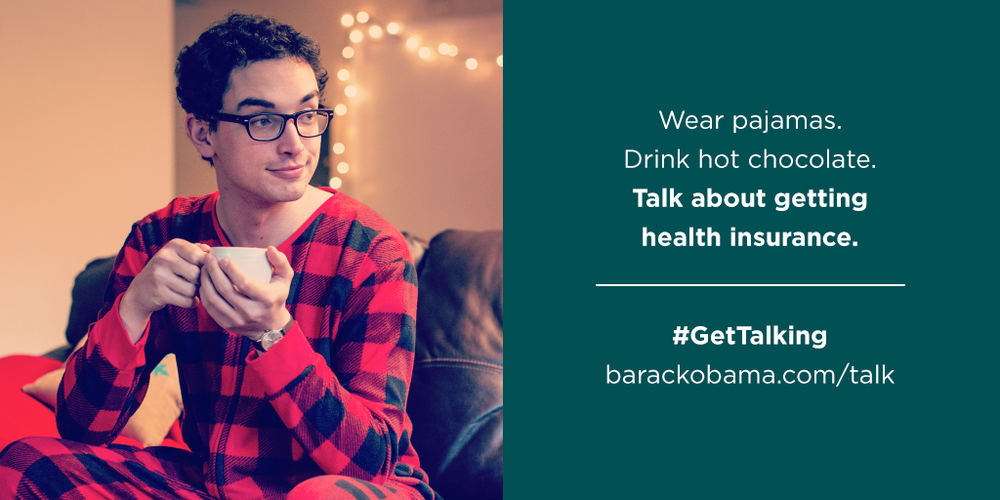 The symbol of manhood in the Democratic Party.

Posted by MrGarabaldi at 9:13 AM

Email ThisBlogThis!Share to TwitterShare to FacebookShare to Pinterest
Labels: Musings