On Sunday I posted Part ONE of little Christmas Tidbits, here are part II, I will post a part III tomorrow...This will provide entertainment or horror for your coworkers, family..and anybody else within earshot..... 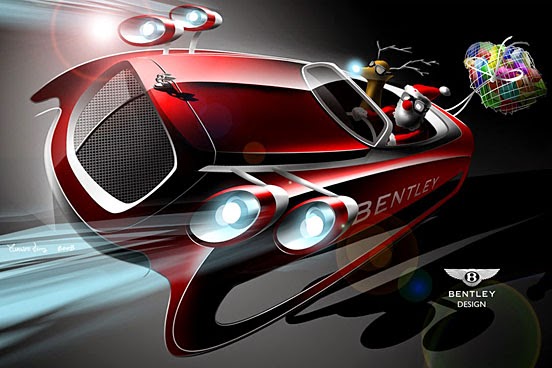 -According to the UNICEF there are 2,106 million children under age 18 in the world. If there are on average 2.5 children per household, Santa would have to make 842 million stops on Christmas Eve, traveling 221 million miles. To reach all 842 million stops, Santa would need to travel between houses in 2/10,000 second, which means he would need to accelerate 12.19 million miles (20.5 billion meters) per second on each stop. The force of this acceleration would reduce Santa to salsa.

-It is said that candy canes were invented by a candy maker in Indiana. He wanted to use them to spread the name Jesus around the world.-Mistletoe kissing originated with fertility rites. The hanging sprig is a very ancient symbol of virility and therefore anybody standing beneath it is signalling that he or she is sexually available.

-America's official national Christmas tree is located in King's Canyon National Park in California. The tree, a giant sequoia called the "General Grant Tree" is over 90 meters (300 feet) high, and was made the official Christmas tree in 1925.

-There is no reference to angels singing anywhere in the Bible.

-Some zoos take donated Christmas trees and use them to feed their animals.

-Because they viewed Christmas as a decadent Catholic holiday, the Puritans in America banned all Christmas celebrations from 1659-1681 with a penalty of five shillings for each offense. Some Puritan leaders condemned those who favoured Christmas as enemies of the Christian religion.

-The first Christmas was celebrated on December 25, AD 336 in Rome.

-Nearly 60 million Christmas trees are grown each year in Europe.

-Charles Dickens grew up during a 'Little Ice Age' - it snowed for each of his first 8 Christmases, influencing his writing and hence today's tradition of a 'White Christmas'. 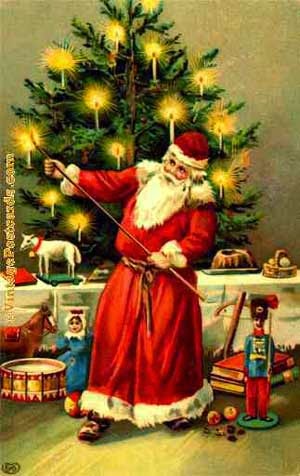 -Early illustrations of St. Nicholas depict him as stern, commanding, and holding a birch rod. He was more a symbol of discipline and punishment than the jolly, overweight elf children know today.
-Artificial Christmas trees have outsold real ones in the US since 1991.

-Biblical scholars believe Jesus was probably born in a cave and not a wooden stable.

-Mormon missionaries can only call home twice a year: once on Mother's Day and again on Christmas.

-In Greece, Italy, Spain and Germany, workers get a Christmas bonus of one month's salary by law.

-Christmas stockings allegedly evolved from three sisters who were too poor to afford a marriage dowry and were therefore doomed to a life of prostitution. They were saved however when the wealthy Bishop Saint Nicholas of Smyrna (the precursor to Santa Claus) crept down their chimney and generously filled their stockings with gold coins.

-St. Nicholas was bishop of the Turkish town in the early 4th century. The Dutch first made him into a Christmas gift-giver, and settlers brought him to America where his name eventually became the familiar Santa Claus. 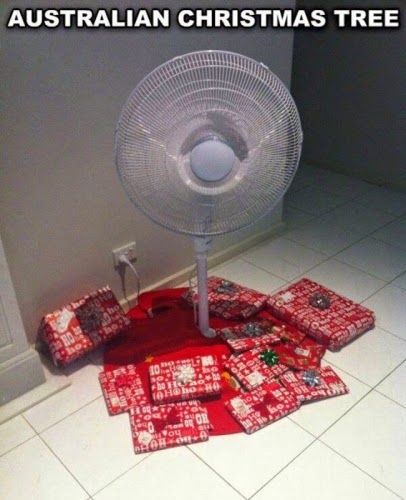 -The chances of a white Christmas is Australia is pretty much 0.

-Telling "scary ghost stories" is an old Christmas Eve tradition that has died out in the past century.

-95% of all Americans celebrate Christmas (only 75% of the U.S. is Christian), and just 51% of the holiday's celebrators consider it a "strongly religious" holiday.

-President Teddy Roosevelt, an environmentalist, banned Christmas trees from the White House in 1912.

-Many theologians estimate that Jesus wasn't born sometime in September between 6BC and 30AD.

-Bohemian Rhapsody by Queen is the only record to get the UK Christmas Singles Chart Number One twice, once in 1975 and again in 1991.

-It is estimated that the single "White Christmas" by Irving Berlin is the bestselling single of all time, with over 100 million sales worldwide.

-Christmas has different meanings around the world; Christmas Eve in Japan is a good day to eat fried chicken and strawberry shortcake.

-In 1999, residents of the state of Maine in America built the world's biggest ever snowman. He stood at 113ft tall.

-Engineers designing the Voyager Space mission planned it to avoid planetary encounters over Thanksgiving and Christmas.

-There are approximately 21,000 Christmas tree farms in the United States. In 2008, nearly 45 million Christmas trees were planted, adding to the existing 400 million trees.

-Alabama was the first US state to recognize Christmas as an official holiday, and the tradition began in 1836. Oklahoma was the last to declare it a legal holiday, in 1907.