Well I am back, I survived camping with the Boy Scouts and am glad to be home.  While I was there , I assisted on the Rifle and Shotgun Range,  I didn't think it was a big deal... 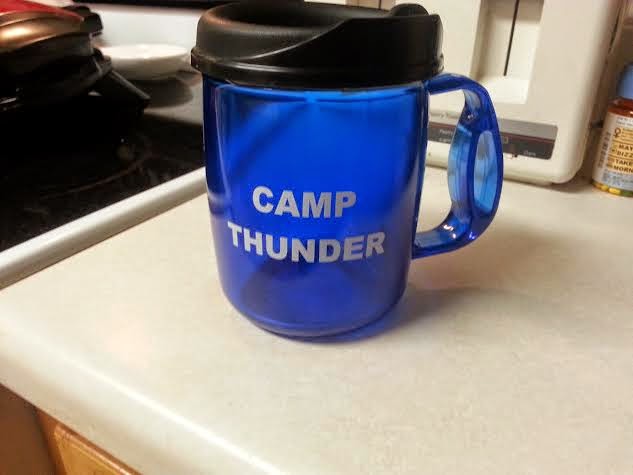 They thought enough of it to give me this cool coffee mug,  I was floored by the gesture and was very touched that they thought enough of me and my effort to do that.    Thank you very much to Mac and Mike and crew.
Nothing like getting home and starting the "Lets clean stuff up" part.  We still have the Christmas tree up and I will start working on that part of it shortly. 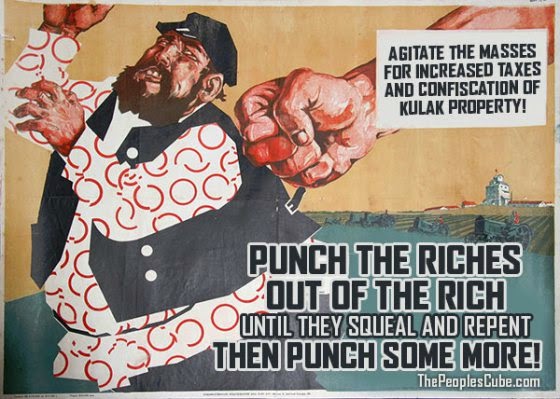 The above poster is actually taken from the archives of the Old Soviet Union.  I remember reading books in the late 70's and early 80's that the Soviets under Joseph Stalin fomented class warfare on a massive scale, his target was the Kulaks, landowning Peasants under the Czars. basically the middle class of Russia   He wanted to break the Kulaks up and seize their land for the collective farming that was necessary for the communist ideals to work.  Joseph Stalin and the communist party stirred up major class warfare and envy against the Kulaks, and when the people got mad, he then used the power of the state to tax them out of their wealth, then seize their land..."For the good of all", and punish the rich,   was the logic of the seizures.     Once the Kulaks were gone, then he started the massive collective farms that was necessary,  The problem was that the collective farming didn't work and it caused massive famines especially in the Ukraine and other areas of the Soviet Union.  Entire villages were wiped out, the surviving Ukrainians for this reason initially favored the Germans when they invaded...until the short sighted policies of the Nazi's turned the people against them.  The money that was seized from the Kulaks was used to finance the heavy industry that seemed to favor the communist ideals.    Funny how I am seeing the same thing again since obungler got elected.
Posted by MrGarabaldi at 4:04 PM