Monday Music "Year of the Cat" by Al Stewart

I decided to go with a different song, This song is by Al Stewart "Year of the Cat".  This song came out in 1976, but it hit big in 1977 especially where I lived at the time.  My dad was stationed at Fort McClellen as an instructor.  We lived in Saks Alabama, a suburb of Anniston Alabama.  The community mascot was the "Wildcats" from the High School.  Remember this was the mid 70's and community pride was strong.  I went to the middle school then to the high school before my Dad got transferred to Fort Gillam/Fort MacPherson.  If you remember the movie "Dazed and Confused", that paralleled my high school experience there.  I went back in the late 90's to check it out to see what had changed, actually not much except the convenience store that I bought my comics at had burglar bars on it.  I had a lot of fond memories of that area and sometimes I do wonder how my life would have changed had we stayed in Alabama versus moving to Georgia. 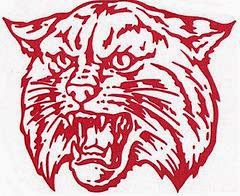 Year of the Cat is the seventh studio album by Al Stewart, released in 1976 and was produced and engineered by Alan Parsons; it is considered his masterpiece, its sales helped by the hit single "Year of the Cat", "one of those 'mysterious woman' songs," co-written by Peter Wood. The other single from the album was "On the Border". Stewart wrote "Lord Grenville" about the Elizabethan sailor and explorer Sir Richard Grenville (1542–1591).
Stewart had all of the music and orchestration written and completely recorded before he even had a title of any of the songs. In a Canadian radio interview he stated that he has done this for 6 of his albums, and he often writes four different sets of lyrics for each song. The title track derives from a song Stewart wrote in 1966 called "Foot of the Stage" with prescient lyrics about Tony Hancock, one of Britain's favourite comedians who tragically committed suicide two years later. When Stewart discovered that Hancock was not well known in the United States, he went back to his original title "Year of the Cat". 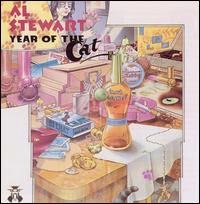 The cover design, by Hipgnosis and illustrator Colin Elgie, depicts a woman who has an apparent obsession with cats. She can be seen in the mirror dressing up as a cat for a costume party, and all of the items on her dresser have feline motifs.
This video was made at the "Solid Gold" tv show that played in the late early 80's.  Marilyn McCoo hosted it.  This video was "Lip Synced" as were most of the songs that were shown on the show.