Monday Music "Burning down the House" by Talking Heads.

I was going to roll with a different song for "Monday Music" but I decided to roll with "Talking Heads" Burning down the house in response to the morons burning down their own neighborhoods in Ferguson Missouri.  The dummies don't realize that they are killing their own town.  Even after the Rodney King riots in 1992 and the race riots in 1968 after the MLK assassination.  The areas affected never recovered.  When a business is burned out, they never rebuild.  the same clowns that burn down their town later complain that there are no jobs in their town because the businesses that support jobs are gone and that "it be Racist".  Not realizing the cause and affect of their own short sightedness. 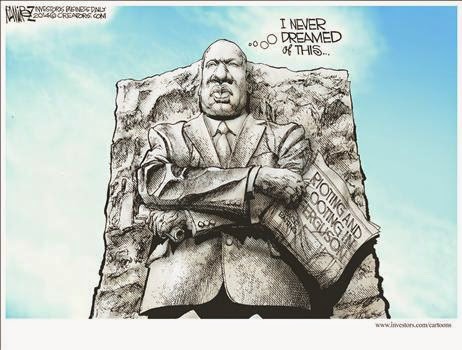 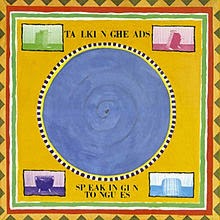 "This song started from a jam," says bassist Tina Weymouth in the liner notes of Once in a Lifetime: The Best of Talking Heads. "Chris (Frantz, drummer) had just been to see Parliament-Funkadelic in its full glory at Madison Square Garden, and he was really hyped. During the jam, he kept yelling 'Burn down the house!' which was a P-Funk audience chant, and David dug the line, changing it to the finished version, 'Burning down the house'." (Bernie Worrell of Parliament-Funkadelic joined Talking Heads' live incarnation.)
The initial lyrics were considerably different, however. In an interview on NPR's "All Things Considered" aired on December 2, 1984, David Byrne played excerpts of early worktapes showing how the song had evolved from an instrumental jam by Weymouth and Frantz. Once the whole band had reworked the groove into something resembling the final recording, Byrne began chanting and singing nonsense syllables over the music until he arrived at phrasing that fit with the rhythms—a technique influenced by former Talking Heads producer Brian Eno: "and then I [would] just write words to fit that phrasing... I'd have loads and loads of phrases collected that I thought thematically had something to do with one another, and I'd pick from those."
According to Byrne in the NPR interview, phrases he tried but ultimately didn't use in the song included "I have another body," "Pick it up by the handle," "You travel with a double," and "I'm still under construction." As for the title phrase in the chorus, one early attempt (as heard on a worktape) had him singing a different line, "What are we gonna do?", and at another point in the process, "instead of chanting 'Burning Down the House,' I was chanting 'Foam Rubber, USA.'"

The house used in the "Burning Down the House" video is located on Myrtle Street in Union, New Jersey. Max Illidge, vocalist of the band 40 Below Summer, is featured as a young boy in the video. This was revealed on an episode of Headbangers Ball. Rockets Redglare was also in the video playing Jerry Harrison's part.

"Burning Down the House" became Talking Heads' highest-charting hit single in North America, becoming their lone top ten single on the US Billboard Hot 100, peaking at #9, as well as reaching the top ten in Canada. Despite this success, the song was not a hit outside of North America. In Australia it peaked at a very modest #94, while in the UK, where Talking Heads would release 14 charting singles, it failed to make the charts at all (although a cover version of the song by Tom Jones and The Cardigans would make the UK Top 10 in 1999). 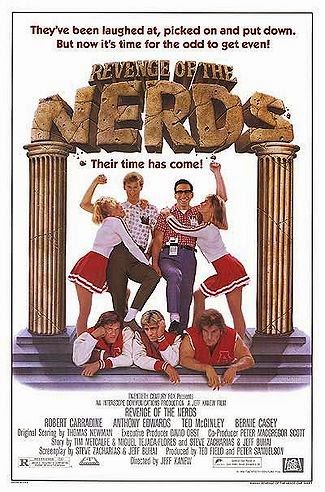 The song appeared briefly early on the 1984 comedy film Revenge of the Nerds. It played over the closing credits of the 1999 drama film Pirates of Silicon Valley. It also appeared in the TV series Numb3rs episode "Shadow Markets" (season 6, episode 7). In 2013, the live version from Stop Making Sense was used to open the final chapter of Lars von Trier's Nymphomaniac.  References to the song also are found repeatedly on the cartoon "FoxTrot" which I have several copies.
Posted by MrGarabaldi at 5:52 PM