I am tying this in with my "Moscow Rules" Post I did Yesterday.  Why am I using a TV show?   Well it was the first one that referenced the phrase "Listen to your Gut, it don't lie" and I believe that phrase, the "Gut" don't lie...what is the "Gut" well the gut is the subconscious , it picks up all the information and it processes it true.   It don't deceive you or mislead you unlike the conscious mind due to societal factors like Political Correctness training.  Basically when everyone is telling you that the poor misunderstood minority urban yooth is not a bad person but your GUT is screaming "Red Alert" and you don't listen and get your head caved in because you are "Woke" and ignored the signals because because it conflicted with your "enlightened" personality.

The Character of Gibbs does favor my Father greatly especially the past few years, the facial structure are similar to my Dad's and since my Dad was "El Cid" for over 20 years there is that symbolism. also  I first published "Gibbs Rules" back in 2013 and have referenced the "Gut Phenomenon" several times in various blog posting over the years.  I consider that a very useful feature and "Gibbs" talks all the time about Listening to your gut and for some reason it ain't one of his rules.  Funny about that one.

Gibbs's rules originated from his first wife, Shannon Gibbs, who told him at their first meeting, "Everyone needs a code they can live by." Years later, after their wedding, Gibbs began writing his rules down, keeping them in a small tin inside his home. Though he uses it often we almost never see the tin. 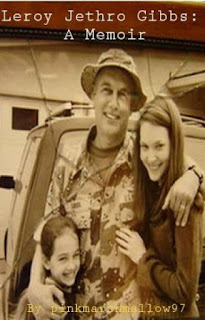 The knowledge of the rules' origins is left as a mystery to the people that Gibbs works with, though some of them do make concentrated efforts to find out.Tony makes several attempts to find out who taught Gibbs the rules, though he has not yet met with any success. On one occasion, he quoted Rule Nine as a rule that "they teach you in the Marine Corps," but the Marine in question was unaware of what he was referring to. On another occasion, Tony asked Jackson Gibbs if he had taught the rules to his son, but the older man denied any involvement.
On the other hand, when Rule Twenty-Three was once referred to during a case, a nearby MP quoted the rule correctly. 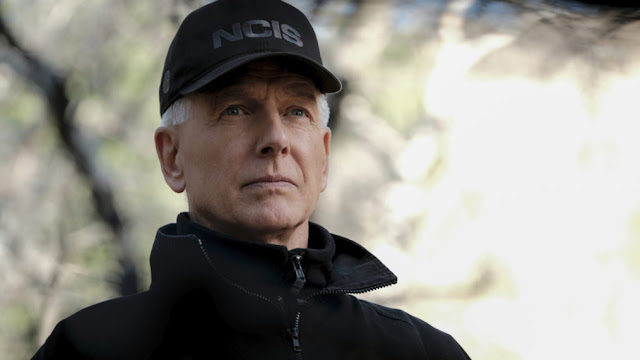 Rule 1: Never let suspects sit together. This rule was first mentioned in an episode titled “Yankee White,” which aired during NCIS’ very first episode in Season 1.

Other Rule 1: Never screw over your partner. Gibbs has two No. 1 rules. This one involves having your partner’s back. .

Other Rule 3: Never be unreachable. Gibbs wants to make sure team members are always able to contact each other. That’s why he insists that no one is unreachable.

Rule 6: Never say you’re sorry. It might sound rude, but Gibbs strongly believes in keeping the word “sorry” out of your vocabulary.

Rule 7: Always be specific when you lie. If you’re going to lie, be specific.

Rule 8: Never take anything for granted. No one knows better than Gibbs that you never know how long you’re going to have someone or something.

Rule 9: Never go anywhere without a knife. Gibbs always makes sure he has a weapon. There is a lesson, if you can't have a gun, have a good blade.

Rule 10: Never get involved personally on a case. Gibbs recommends separating yourself from a case, so you can remain objective.

Rule 11: When the job is done, walk away. Gibbs doesn’t recommend dwelling on a closed case.

Rule 12: Never date a co-worker Self Explainatory.....You don't fish from the Company Pond..

Rule 14: Bend the line, don’t break it. Agent Gibbs is all for his team members bending the line a bit, but he doesn’t want them to go too far.

Rule 15: Always work as a team. For Gibbs, teamwork makes the dream work.

Rule 16: If someone thinks he has the upper hand, break it. As you can see, Gibbs isn’t afraid of a little confrontation.

Rule 20: Always look under. You never know what (or who) might be hiding underneath something. This rule is first mentioned in “The Artful Dodger” (Episode 17, Season 12).

Rule 22: Never, ever bother Gibbs in interrogation. The man doesn’t like to be bothered when he’s interrogating suspects.

Rule 23: Never mess with a Marine’s coffee if you want to live. Gibbs is quite serious about his morning cup of coffee

Rule 28: When you need help, ask.This advice could save you at work.

Rule 35: Always watch the watchers.Is Gibbs paranoid? We don’t know, but this rule seems to work for him.

Rule 36: If it feels like you’re being played, you probably are. This rule can be followed in love and life.

Rule 38: Your case, you’re lead. Gibbs is all about taking ownership of your work.

Rule 40: If it seems like someone’s out to get you, they are.Don’t ignore your instincts.

Rule 42: Never accept an apology from somebody who just sucker-punched you. This one makes sense. Why would you trust someone who tried to hurt you?

Rule 45: Left a mess I gotta clean up. Gibbs doesn’t like a mess.

Rule 62: Always give people space when they get off an elevator. We wish more people would follow this rule.

Rule 69: Never trust a woman who doesn’t trust her man. We bet Gibbs is speaking from experience.